The Best Galleries and Museums in Lhasa, Tibet

Tibetan art is strongly rooted in the region’s Buddhist tradition, with devotional art forms such as thangka painting continuing to thrive. But in recent years, contemporary artists, writers and filmmakers from Tibet have started to explore the area’s contradictions, and cultural and political tensions. With increasing tourism and development transforming the region, Tibetan artists are creating progressive artworks, while revelling in the heady mix of pop culture and Buddhist iconography. Discover the best places to experience art in Lhasa. 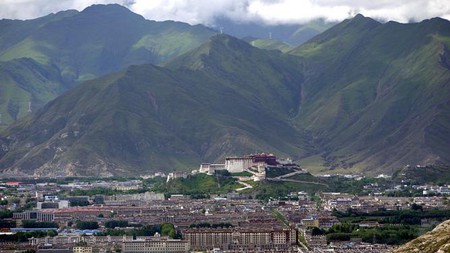 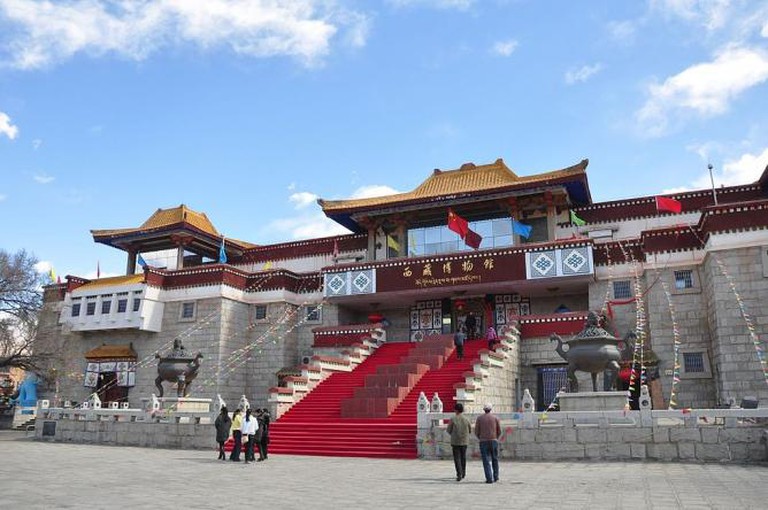 The Tibet Museum, in the heart of historical Lhasa, is the first stop to discover the history of art and culture of Tibet. Established in 1999 between the Potola Palace and the Norbulingka Palace, it is the first modern museum of its size in Tibet, holding around 1,000 artefacts. The building itself sympathetically echoes traditional Tibetan architecture, with beautiful ornamental beams and pillars integrated into the design. The museum is thoughtfully laid out, covering Tibetan history on the ground floor, and displaying the region’s arts and crafts traditions on the first floor, in addition to an abundant collection of treasures, cultural relics and religious artefacts. 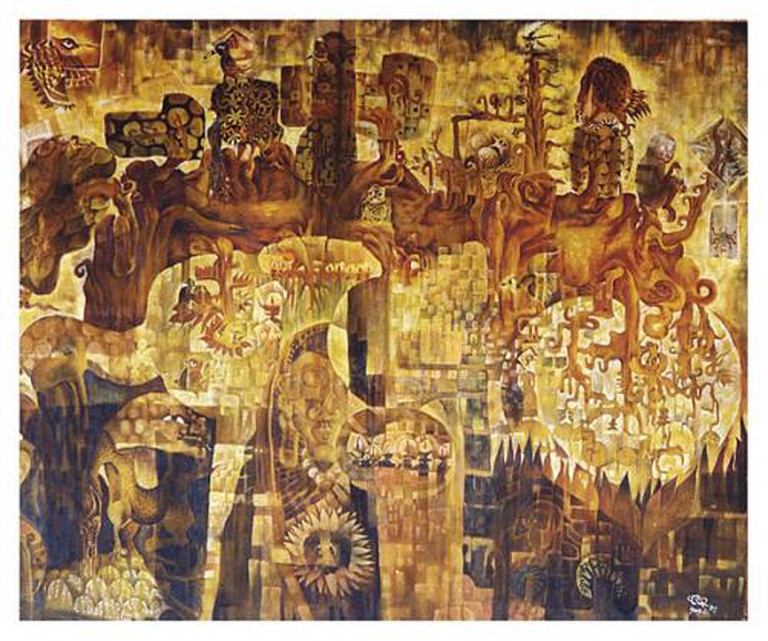 Tsering Namgyal, 'Bhardo 1' | Courtesy of GC Art Yard and the artist
GC Art Yard, situated on a prominent corner of the bustling Barkhor area, finds itself on a devotional circumambulation route, in which pilgrims and tourists alike walk in a clockwise direction around the Jokhang Temple. The gallery is the first space in Lhasa solely devoted to contemporary art. The group that occupies it, the Gedun Choephel Artists’ Guild, was formed in 2003 and brings together artists who share the vision of a new, multi-faceted Tibet and who are developing its modern arts scene. The group now acts for more than 25 Lhasa artists, whose work has been exhibited around the world in institutions such as the Rubin Museum of Art in New York and Rossi & Rossi in London. The GC Yard represents the brightest and best of the Tibetan avant-garde, working with the contradictory and complementary imagery of modernity and tradition, and forging a new and original artistic expression for Tibet. 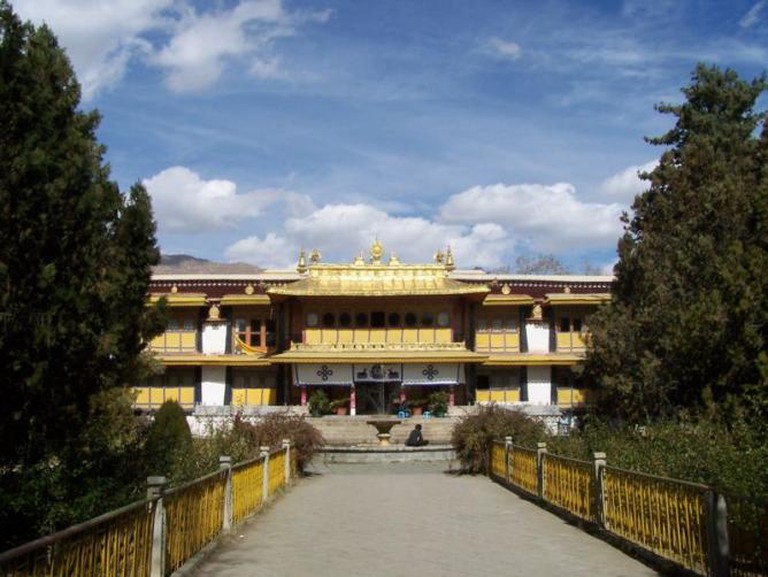 The UNESCO World Heritage Site, Potala Palace, is situated on the Red Hill in the centre of Lhasa, and is the highest ancient palace in the world. Potala Palace and Norbulingka Palace were the traditional homes of the Dalai Lama, called the winter and summer residences respectively. The magnificent fortress-like Potala Palace, once the seat of government, dominates the old city and represents the pinnacle of Tibetan art and architecture. To protect it, the number of visitors is limited to 1,600 a day, and each visit is restricted to an hour. The building is filled with beautiful murals and precious Tibetan cultural artefacts. Norbulingka is smaller, but also a masterpiece of Tibetan architecture constructed in the 18th century. As a functioning monastery, it offers a peaceful retreat from the buzz of the city. It consists of several palace complexes, representing a variety of architectural styles and ornamentation. The Migyur Potrang (1954), in particular, is notable for its exquisite murals. 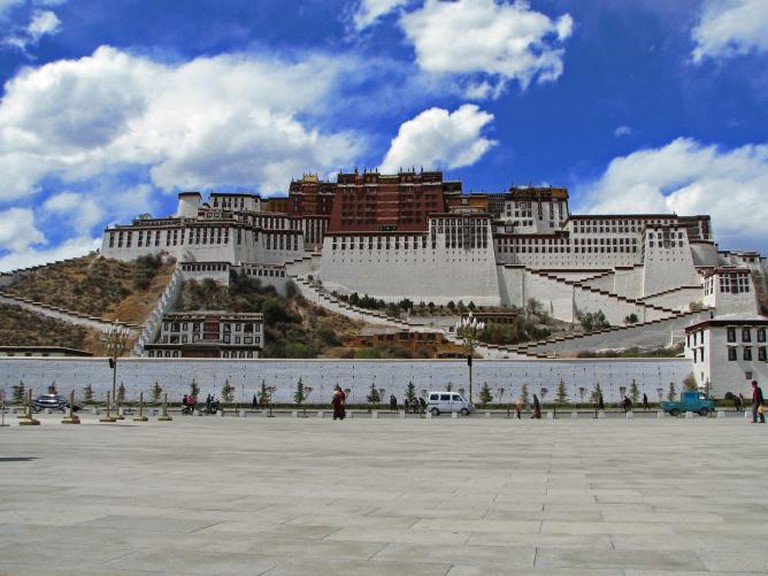 Lhasa's Potala Palace | © Fotopedia
The first Tibet Summit Fine Art Café was opened in 2005 by Doug Wilford, a photographer and artist who fell in love with the Tibetan landscape and art. The chain now has two cafés in the centre of Lhasa, each a European-style coffee house, with premium coffee and cakes, and an art space showcasing the work of local artists. The art café specialises in fine oil paintings from internationally recognised artists, as well as photography and Tibetan handicrafts. It is a surprisingly cosy, laid-back place that stands out among the numerous teahouses of Lhasa. Though you are more likely to come here for the coffee and the ambience, it offers a wonderful snapshot of the city’s local, emerging art.