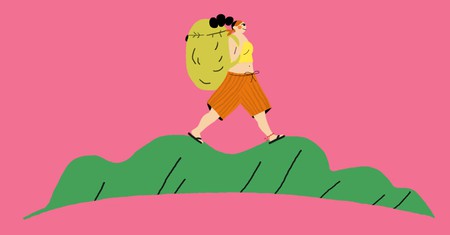 When you travel through Southeast Asia these days, it’s hard to imagine that tourism was almost non-existent just a half century ago. Here’s the story of how hippies, guidebooks and banana pancakes helped to create one of the most famous backpacker routes in the world.

The phrase ‘banana pancakes’ is the stuff of legend in Southeast Asia’s backpacker circuit. Along the banks of the Mekong, across many a dorm room and questionable dive bar, backpackers come to learn the story of the first tourists to travel ‘on the ground’, making a conscious effort to immerse themselves in local life. Decades later, their influence is has transformed the region: tourism here is now the fastest-growing on Earth, receiving a quarter of total travellers worldwide. Culture Trip explores the story of the trailblazing backpackers who spawned a travel phenomenon.

It all started with the hippies, those counterculture zealots of the 1960s. The Vietnam war was still raging, and young people in the West were feeling disillusioned by society and their institutions. They were increasingly attracted to Asian religions and philosophies, and many traveled to find out more about these foreign lands, including influential celebrities like The Beatles and Allen Ginsberg. Their journeys between Europe and Asia became known as the “Hippie Trail” – a precursor to the Banana Pancake Trail.

In those early years, there were no tourist hubs of travel agents, hostels, sports bars and all the other businesses you’ll find today in places as varied as Luang Prabang and Jakarta. But local entrepreneurs were quick to figure out what kind of home comforts these travelers wanted. They wanted cheap beds and free breakfasts – and since bananas were plentiful and pancakes were hearty enough for western tastes, the Banana Pancake Trail was born.

Bangkok’s Khao San Road and Kuta, in Bali, were two of the earliest stops on the trail, each catering specifically to western tourists. From there, backpackers would chat in their hostels about hidden gems like Chiang Mai, in Thailand, and the trail would grow. This was long before the internet, so word of mouth was how you learned about off-the-beaten-path places, back when that term actually meant something in Southeast Asia. Then one travel brand changed everything.

Lonely Planet published its first travel book in 1973, called Across Asia on the Cheap. That book, along with their second, Southeast Asia on a Shoestring (1975), perfectly coincided with the surge of tourism in the region, and both are now classics. These books tapped into the counterculture zeitgeist of the time, which held travel up as the ultimate expression of self-fulfillment. They made travel safer, more predictable and accessible to millions. It’s easy to forget how much we rely on technology to plan our travels these days, reading reviews and itineraries from the many who have gone before us. But back then, Lonely Planet was just about all the information you had, so every restaurant, hotel and worthwhile destination mentioned in those books soon became part of the Banana Pancake Trail.

What exactly was the Banana Pancake Trail?

Like the Silk Road before it, the Banana Pancake Trail isn’t actually a physical route. In fact, it has changed a lot through the years. When tourism first began to surge in the region, there was still war in Vietnam, Cambodia and parts of Laos, so the Banana Pancake Trail consisted primarily of the Philippines, Indonesia, Thailand, Myanmar, Nepal and India. By the late 1980s, however, tourism in Vietnam and Cambodia had opened to the West, and the Banana Pancake Trail expanded to include places like Sihanoukville, Siem Reap, Ho Chi Minh City and Hoi An. Nowadays, the most common route is a loop that runs through Thailand, Cambodia, Vietnam and Laos, often done by motorbike.

The most popular backpacker route on Earth

The Banana Pancake Trail means different things to different people. Some use it to criticize backpackers for what they’ve done to the region, saying western tourists have diluted the local culture. Others laud it as a safe and readily accessible path for backpackers who are new to traveling. Whatever your stance, this loosely defined trail is one of the most popular backpacker routes in the world, and if you haven’t been, you’re missing out.

For further information on planning your own trip to Southeast Asia, check out Culture Trip’s ultimate guide to the region.