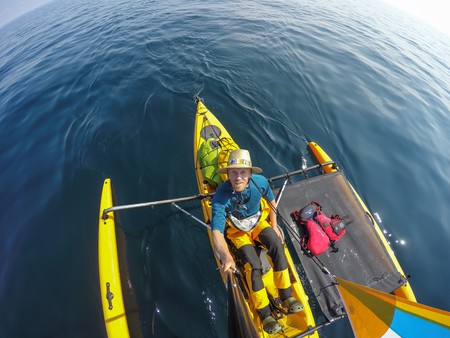 No planes, buses, cars, and not even an elevator.

The 35-year-old founder of Routes of Change, Markus Pukonen is a forest firefighter turned climate activist turned non-profit creator and filmmaker. He has been circumnavigating the globe since July 2015, on a one-man journey around the planet without using a motor.

He connects with local non-profit organisations, creating videos, giving talks and elevating the work of groups operating at the grassroots level to make our planet a greener, healthier place to live.

He rowed a boat from Vancouver Island to Washington State and rode a bicycle from Vancouver to San Fransisco, where he sailed to Hawaii, the Marshall Islands, Micronesia and the Philippines.

This saw Marcus end up in Hong Kong where he cycled through China, Vietnam and cruised the Mekong river in a canoe. From Laos he took a bicycle to Cambodia, through Thailand to Malaysia, to where we caught up with him on the east coast, roughly halfway around the globe from where he started.

Before embarking on his person-powered circumnavigation, Markus rowed across the Atlantic Ocean, paddled down the Mississippi and cycled down the west cost of America. 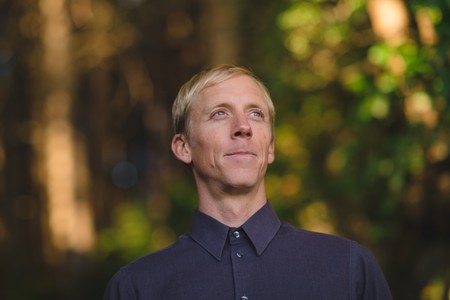 Markus is a man on a mission | © Markus Pukonen / routesofchange.org

Markus is tall without an ounce of fat on him. These days he’s sporting a red beard and has a deliberateness in his deep baritone as well as his long stride. He grew up in Toronto, and while he hasn’t seen his adopted hometown of Tofino on Vancouver Island in years, he still refers to it as “where I live” and plans to return to build a house, start a family and grow food once he’s completed his journey around the globe. His social media is filled with videos of him dancing, photos of the people and wildlife he’s met and organizations he’s worked with along the way.

Culture Trip: You’re a long way from the starting point in Toronto, how is the trip going?

Markus: Although I’m halfway around the world from Toronto, I’m only a quarter of the way on the route if I were to stick to the route that I scribbled on the map when I started the journey. That route is about 80,000 km. The circumference of the planet is about 40,000 km and I have come about 25,000 km. That aside I’m not one to put much weight on milestones or on reaching a certain destination. That’s one of the reasons I really love traveling, because I can just live very much in the moment. 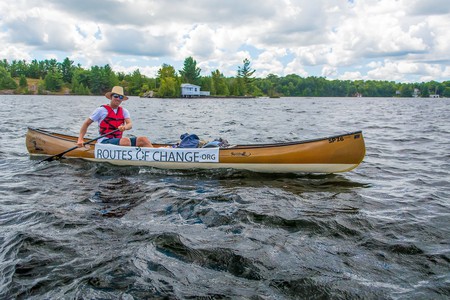 Culture Trip: You’ve made it a goal to travel by as many motor-less forms of transportation possible. What have you used so far?

Markus: I’ve taken over 15 different forms so far: bikes, swimming, I zip lined, I took a few different forms of boats. One of the things I’m most looking forward to is paragliding. I don’t know how to do it yet, but I’m excited to learn. I know I’ll probably spend some time on a skateboard, some rollerblades, a unicycle. I want to swim across the English Channel. I’m going to have fun and switch it up as much as possible. 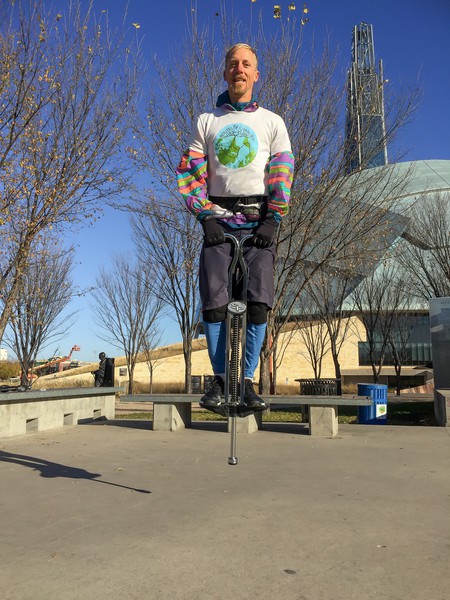 Culture Trip: What type of gear do you carry?

Markus: My gear is always changing, it depends on how I’m traveling. I try to be as lightweight as possible. I pretty much always have my camera gear with me. I have my phone which I use for navigation and for photography but I also have a DSLR. I have a knife and a spoon and a bamboo straw. The essentials I need to do whatever I’m doing. At this point, it’s bicycle gear. 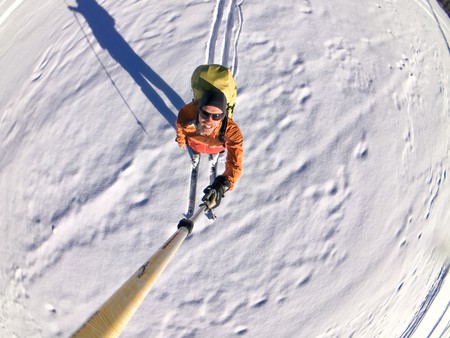 Culture Trip: By traveling without a motor, you’re eliminating most of your carbon footprint. Tell me about your environmental philosophy.

Markus: I think that it’s so easy to live in denial of the effects we’re having on the environment around us. I do feel like I’m fulfilling my purpose on the planet. That led me to Routes of Change, which combines everything I’m passionate about and I’m doing it as honestly as possible. 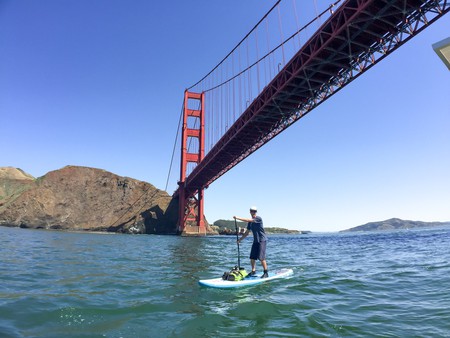 Culture Trip: You are personally undertaking an incredible feat of endurance and will. What was the inspiration for Routes of Change?

Markus: The way that I’m traveling came about from me just wanting to be honest, and not fly in a plane across the world to talk about some environmental issue and try to raise support for it. That just seemed too hypocritical for me. So I decided to do it without planes, without a motor. I didn’t want to be going to the gas station and be directly supporting a corporation I really don’t want to support.

Culture Trip: How did you get to Asia?

Markus: I arrived in Hong Kong a year after sailing from San Fransisco. It’s a big city, it’s designed around cars and giant skyscrapers and it’s not really made for people who travel without a motor. I had a friend who was staying on Hong Kong Island and there’s no way to get through the tunnels to the island. You can’t take a bike or walk, the only option is to get on a bus or a train, or take a ferry boat which are all motorized. So I ended up having to take a stand-up paddleboard across the harbor to Hong Kong Island. My buddy brought my bike over on the ferry. He was staying on the 19th floor of a building. I don’t even take an elevator, which I know is kind of ridiculous, but I figured if I’m not going to take motorized transport, why not go all the way? And so I walked the 19 stories up and down, and up and down. 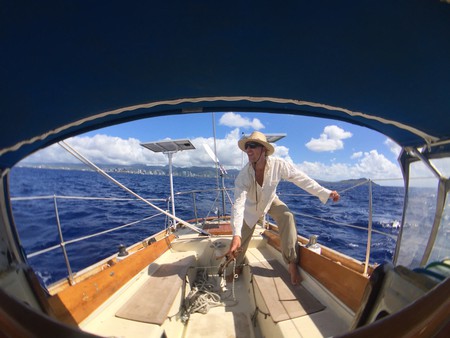 Culture Trip: Tell us about a recent day on the road.

Markus: There really is no typical day. Recently I woke up and cycled to a ferry terminal, then I found a guy who would take his engine off his little Thai rowboat and I threw my bicycle on the boat and rowed it across and bicycled another 115 km or so to the town where I had a rough idea I wanted to get to. Sometimes I’ll search out places to stay through Warm Showers which is like Couchsurfing for cycling tourists.

Culture Trip: What types of people have you encountered on your journey?

Markus: I knew that people around the world are super-friendly and I think that was one of the reasons I was confident that I would be able to do this trip with very little sponsorship and very little money. My belief in how good people are everywhere has strengthened. I’m continuously blown away by the kindness of strangers. If anything I’ve come to realize more and more how much I love people. 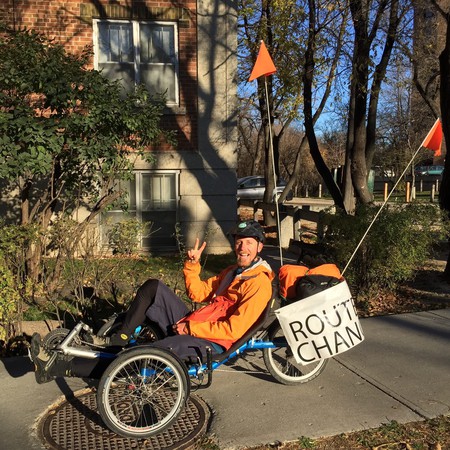 Culture Trip: What recommendations do you have for people who want to get into “Slow Travel?”

Markus: Do it. It’s a much better way to travel. Less is more. Sell or give your stuff away. Don’t hold on to things that cost you money. Live debt free. Traveling for a long time does not cost loads of money like people think. If you slow down and take the time to say hello to people all sorts of awesome opportunities will arise. Volunteer and stay places for longer times. WWOOF, HelpX, Workaway. Learn the language and speak to strangers all the time! 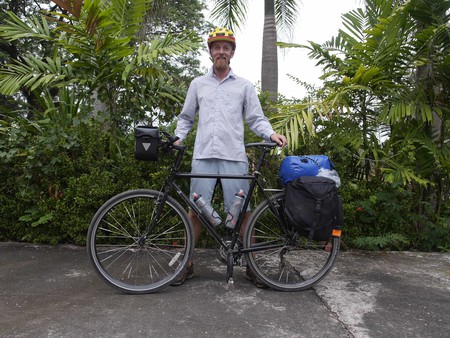 Culture Trip: Have you had trouble at any borders?

Markus: I expect to have border troubles at every border I go to. I have to do some research in advance in case they force you on a bus to go the last kilometer into the next country. I’m really hoping to get to Indonesia. Surfing is usually my daily exercise. It’s my biggest passion in terms of movement and I miss it. I would have liked to go there from Singapore, but they don’t make it easy to sail or paddle away from there. I wanted to go to India, but the border with Myanmar is closed, so I’m looking for a boat to sail there. 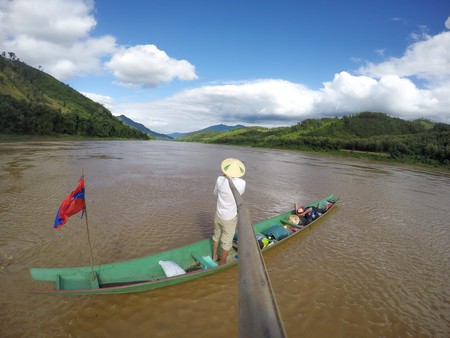 Culture Trip: Speaking of boats, you had some trouble with one in Laos.

Markus: Felix, a German guy, and I rented a boat and were paddling down the Mekong river and we came into this one really small town to stay so I decided to leave my bike in the boat and I came back in the morning and it was gone. The next day we continued on down the river and I thought I’d never see that bike again. We got down to Luang Prabang and sure enough they found the bike and put the bike on a boat to where we were.

We continued paddling down the river and there’s a dam across and you can’t paddle though it. We had to pull the boat out and put it on a van. I cycled about 10 km to a smaller river that flows back in to the Mekong. Half a day in, we ran into rapids and couldn’t tun fast enough and we got thrown into a rock face, the boat cracked and sunk beneath out feet. A few seconds later the boat re-emerged upside-down with most of our bags floating in the area but no bike. We paddled for almost a month on the Mekong and then officials told us we couldn’t. There was a law saying that Falang couldn’t paddle on the river so we were forced off and at that point I didn’t have the bike, so I walked about 100 km back to Vientiane where I got the new bike that I’m on now.

Cutler Trip: Anything else you’d like to tell Culture Trip readers?

Markus: If anything, I’d tell them that you don’t have to suffer or sacrifice that much to still be ecologically responsible.

Visit routesofchange.org for more information and to donate to keep Markus on the road if you’re so inclined.