Meet the Backpacker Travelling Around Asia With His Grandmother 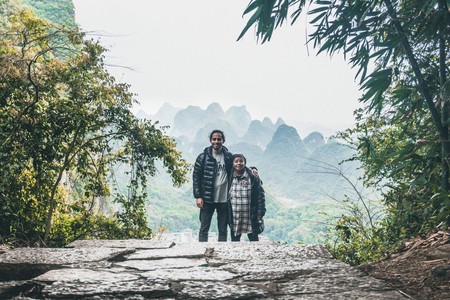 Creson and his grandma in Yangshuo, China | © Nathanel Creson

You expect a 20-something millennial to go globetrotting with his mates. However, Nathanel Creson is doing it all – with his nan.

Most youngsters would pick their friends for a backpacking trip to the other side of the world – a chance for thrilling experiences – but for Creson, it was different. More than anything, he wanted to deepen his bond with his 74-year-old Yemenite-Israeli grandmother, Edna Nahari.

An avid traveller, he grew up in Sweden with an Israeli mum and a Swedish dad and has lived in Norway, Scotland, Australia and Barcelona. It was in the latter city where the plan to travel with his safta (grandma in Hebrew), as he calls her, first came up. ‘She visited me and after many deep conversations, I began worrying that one day, I would miss this person very much. That’s when I asked her out of the blue if she wanted to go travelling with me around Asia and she immediately said yes’. 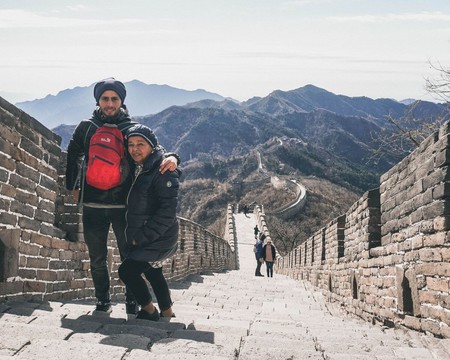 Creson and Nahari on the Great Wall of China | © Nathanel Creson

Creson was not surprised by his safta’s lack of hesitation, who he says has always had an adventurous spirit. Nahari, who currently lives in Eilat, was born in Yemen, moved to Israel as a child and grew up in Jerusalem, with her previous travels including a two-month trip around Europe in a camper van and journeys across Asia and Africa.

After a couple of months of planning, the pair set off on their trip. So far, they’ve been to China, South Korea, Japan, the Philippines and Taiwan, where they are now. They have climbed the Great Wall of China, hiked steep mountains, gone horse riding, shared a motorbike (‘an awesome experience with a grandma’, says Creson), visited a cat cafe in Tokyo, enjoyed late nights in hostels (yes, they stay in hostels!) and much more. However, it was in a bar in the Philippines where perhaps their most memorable experience took place. 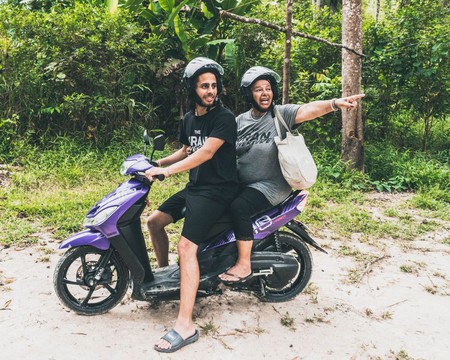 Creson and his grandma in Port Barton, Philippines | © Nathanel Creson 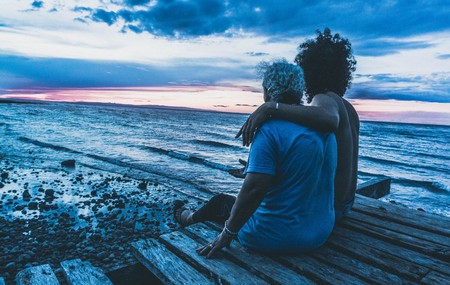 ‘We went out for a drink at a reggae bar and they played live music. In the middle of the show, it started to rain so everyone moved inside. At the same time, one of the singers had heard about our trip and decided to dedicate a song to safta. They brought her to the front and while he was playing, many of the locals came and grabbed her hand, bowed down and touched it to their forehead as a sign of respect. It was a touching and unforgettable moment for me’.

Creson says his gran’s positive energy has played a big role in their interactions with the locals and that the pair has even been recognised by fellow backpackers in the Philippines. 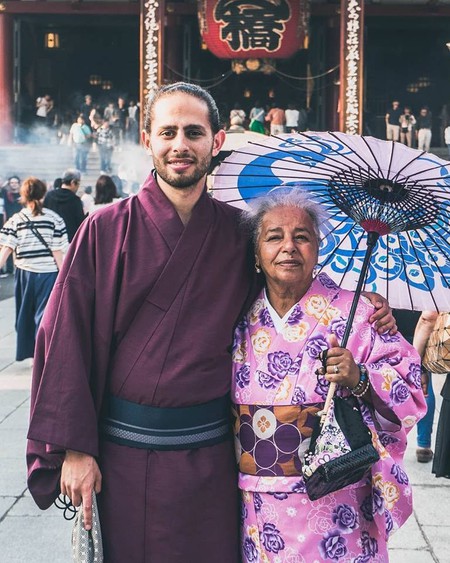 Creson and Nahari in traditional garb in China | © Nathanel Creson 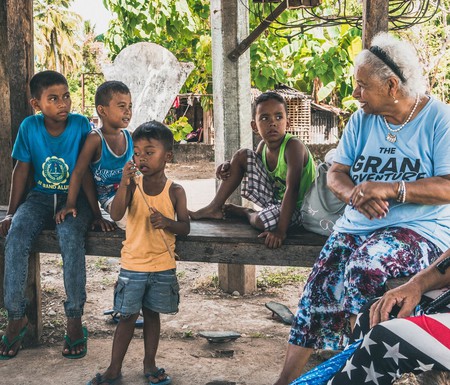 A story that inspires

The story of Creson and his grandma has inspired many. ‘I believe we can learn a lot if we just take a minute and listen. From my many conversations with people who have reached out to us, I have understood one thing: most of us wish we could know our grandparents better’.