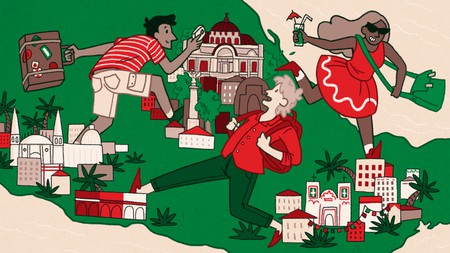 On Culture Trip’s travel wishlist for 2020 are ‘city loops’ – a way to experience a culture to the max by travelling to multiple locations in one dynamic trip. Designed for the curious traveller, these routes cement 2020 as the year for discovery travel.

From embarking on soulful foodie adventures through the American Deep South to travelling back in time in Japan and deep-diving into the clashing art scenes of Vietnam, Culture Trip pulls together seven trips that allow you to paint an all-encompassing picture of a place. The new year is about adventure, exploration and forging true connections.

In 2020, Japan is set to welcome 40 million tourists as Tokyo holds the 2020 Olympics and Paralympics in the summer. For all the focus that the capital city will be getting, you shouldn’t miss out on the rest of what the country has to offer – and what better time to break free of the crowds?

By high-speed bullet train, you can travel from Tokyo to Kyoto, and down to Osaka and Hiroshima, in just 10 days. In the bustling capital, uncover the fascinating history of the ancient Buddhist temple Sensō-ji, and avoid the tourist trap of Takeshita Street, favouring instead Urahara for its boutiques, which spawned the vibrant Japanese streetwear scene. Kyoto, much like Tokyo, is home to all manner of curiosities; stick to time-tested traditions and pencil in time for a Zen tea ceremony, before slipping back into your trainers and embarking on a walking tour of the city’s architectural landmarks. Heading south, travel back in time at Hōzenji Temple in Osaka, and tuck into a bowl of ramen – an absolute must-do. Round off your history lesson with a trip to Hiroshima and its many UNESCO World Heritage sites, all totems of the need for peace. 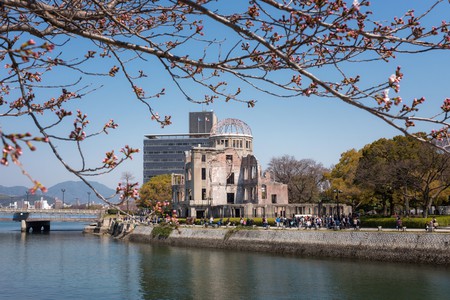 Year-round, Colombia is a winning destination for its fairly consistent climate – with March the ideal time to visit to avoid any rain.

Colombia’s capital, Bogotá, has developed a new reputation of late for all there is to see and do in the region – from its historic neighbourhood La Candelaria, which offers a glimpse into the Spanish colonial era, to its diverse museums like the Botero Museum and the Bogotá Museum of Modern Art. After taking it all in, jump on a plane to Medellín, the ‘City of Eternal Spring’. Among the many things to do, hop in the Metrocable and travel up mountains for incomparable panoramic views. Be sure to check out the Museum of Antioquia as well. A short flight will then take you to the salsa capital of the world, Cali; be it taking lessons or freestyling after a few drinks, here’s your chance to showcase those moves you never knew you had. Best places to boogie? See the city come alive at Tin Tin Deo or La Topa Tolondra. 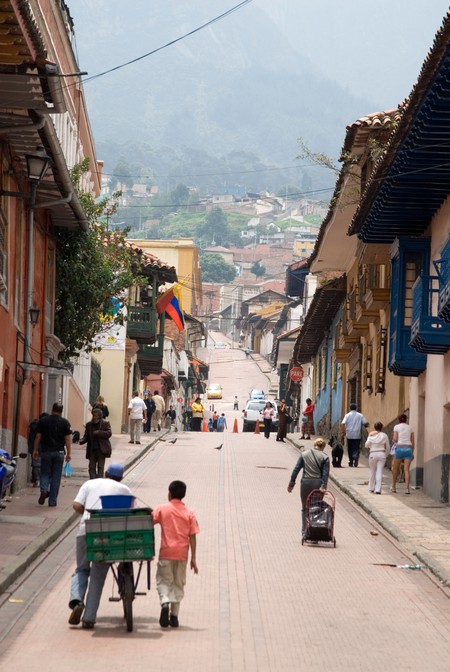 Hanoi, Hoi An and Ho Chi Minh City are connected by three short flights and can be explored over a two-week stint.

Start off in the capital, Hanoi, and dive into northern Vietnamese cuisine, care of Hung Street as an alternative to the toursity Ha Tien Street. An hour’s flight will take you to Hoi An, where you can snap architecture dating back to the 15th century, and soak up all that its burgeoning contemporary art scene has to offer, like The Precious Heritage Museum and Art Gallery set up by French photographer Réhahn Croquevielle. Further south by way of another hour’s flight, Ho Chi Minh City, with its Jade Emperor Pagoda and Notre Dame Cathedral (which stands as one of the remaining bastions of Catholicism – it was built by French colonists in the 19th century), is an architectural wonderland; a camera to hand won’t go amiss here. The city is also renowned for its round-the-clock partying, with pared-back bia hoi bars on every street, so show up strong with stamina. 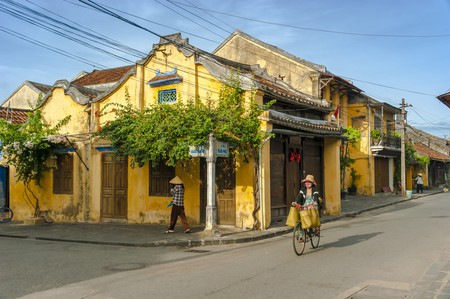 Recognised as the birthplace of tequila and mariachi music, Guadalajara offers a quintessential point of entry into Mexico’s culture. On the outskirts of its buzzing city centre lie the Guachimontones ruins – one of the country’s 35 UNESCO World Heritage sites and a national curiosity shrouded in conspiracy theories. A short flight will take you to Mexico City, where you can gobble street food like tostadas (corn tortillas) and chicharrón (pork scratchings), before exploring the labyrinth of canals that run south of the city. To make the journey worthwhile, head to La Casa de los Azulejos and watch its multicoloured tiles glisten in the sun; eat barbacoa tacos by the dozen at the Sunday market; and drink coffee at Café La Habana, once frequented by celebrated writers Octavio Paz and Roberto Bolaño. Heading south an hour by air will take you to Oaxaca, where it’s all about beaches and coastal vistas and tucking into local specialities such as tlayuda (a pizza-style tortilla). Be sure to bank a photo opportunity of the city’s brightly coloured buildings. Instead of checking out the ruins of Oaxaca’s General Cemetery, carve out time to visit the Column of Death in the Zapotec area; it’s said the mysterious pillar can predict your life expectancy. 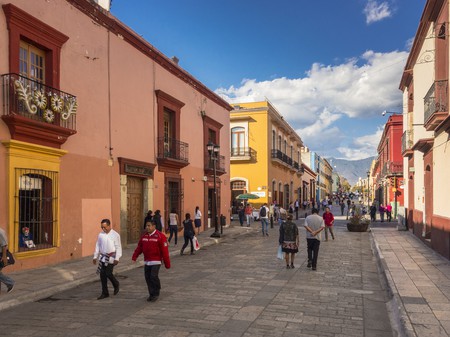 Just five days are all that’s needed to get a feel for Portugal. Skip July and August to avoid crowds and score cheaper rates.

Start in Lisbon and work your way north towards Porto. The capital sheds light on the soul of Portugal, with the Calouste Gulbenkian Museum and the National Museum of Ancient Art both time warps packed with historical art and relics. Meanwhile, as an alternative to the rowdiness of Pink Street, head to Park Bar Lisbon for a drink with a view, and make time to visit the Baroque masterpiece of engineering that is the Águas Livres Aqueduct. A 40-minute train ride will take you to the capital of Portuguese Romanticism, Sintra, a UNESCO World Heritage-listed town known for its picturesque charm. Atop a mountainpeak and painted in saturated hues, the Palácio da Pena deserves a stop-off and a moment of appreciation. Complete your trip with an hour’s flight north to Porto, where both classic architecture (like the Palácio da Bolsa) and contemporary art (at the Serralves Museum) abound in equal measure. After checking out landmarks such as Livraria Lello (JK Rowling’s favourite bookshop when she lived in Porto), leave time for drinking coffee outside with a pastel de nata (a Portuguese custard tart) and enjoying a tipple of the city’s signature dessert wine, port – Graham’s Port Lodge in nearby Vila Nova de Gaia is especially good. 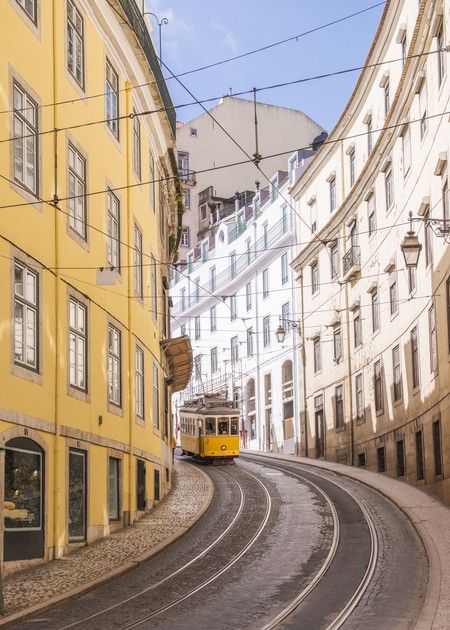 Lisbon’s tram network makes it easy to get around the city | © Tanatat pongphibool,thailand / Getty Images

Be it by rail or road trip, the storied Deep South is for those who subscribe to being ‘foodies’ or ‘music heads’ – in particular, those who have an appetite for soulful Southern culinary delights like fried chicken and the sounds of jazz, blues, country and rock’n’roll. Starting in Tennessee, soak up all that the heart of country music, Nashville, is known for around the world: a vibrant nightlife and hearty foods such as fiery hot chicken and stick-to-your-ribs macaroni and cheese. In the southwest of the state, Memphis – the city that inspired Elvis Presley and BB King – boasts thriving arts and blues scenes that deserve your time. To ensure you leave on a mellow note before heading back to reality, swing by New Orleans, known as the Big Easy for its relaxed vibes. Watching local bands is a requisite in this city that’s lauded as the birthplace of jazz; avoid the touristy Bourbon Street and head to Frenchmen Street to find a spot for the evening. Other highlights include exploring the historic French Quarter and tucking into a quintessential NOLA breakfast. 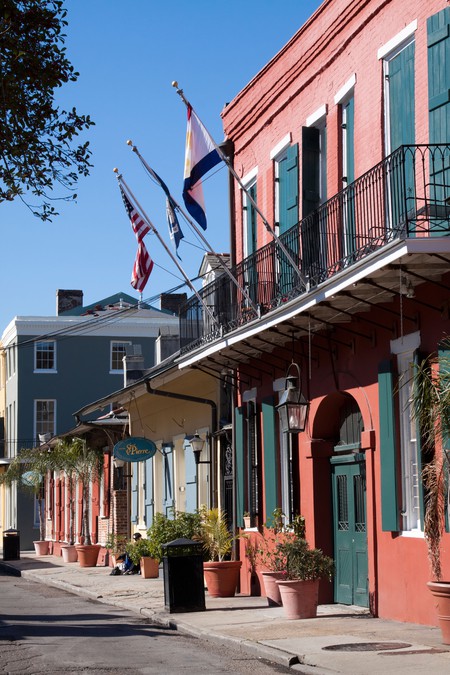 You can get a feel for Central Europe by spending just a couple of days in each destination. Take the Interrail in spring or autumn to sidestep the high-season rush.

Berlin’s street art reflects its anarchic spirit. Trace the country’s story with the murals and graffiti works that colour its buildings, before joining on a literary stroll that starts in Savignyplatz and takes you through the backstreets. Next, prepare to get suitably caffeinated in Kraków, said to have the most bars and cafés per square metre in the world. Relax with a coffee before hitting up the 600-year-old trading halls. Bargains in tow, make your way to Prague. Get acquainted with the Czech capital by climbing to the top of Petřín Hill or Prague Castle for views across the city, and block out a few hours to walk along the Vltava River on your way to grabbing a pint of pilsner. Stop over in Vienna to see first-hand what has earned the city its reputation of harbouring the highest quality of life, and work your way around its free art shows and diverse music scene, which spans everything from classical to electronica. Make Budapest your final stop. Taking your cue from the locals, unwind at the Széchenyi Thermal Baths until you turn prune-like, and throw back to centuries of yore with a trip to the theatre for a Hungarian folk performance. 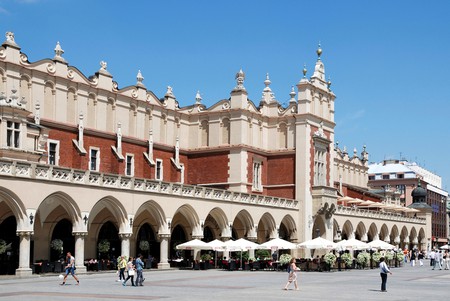 To determine this list, Culture Trip analysed a combination of data points, leveraging insights from its recent Cultural Mindset Study, content engagement on its site and social channels, affiliate bookings and, of course, first-hand expertise from its global creator network. The result revealed that people are going deeper into the culture of a destination by travelling to multiple locations in one trip.