Cleaning and Renewal Rituals From Around the World 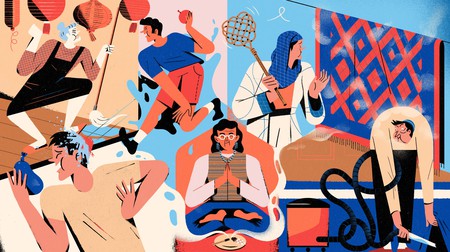 The changing of the seasons brings deeply ingrained cleansing traditions around the world, from cleaning the home top to bottom to purifying the soul. These rituals from around the world show that cleaning isn’t purely practical – it’s a way of refocusing and creating space, physically and mentally, for whatever’s next.

On the eve of Thailand’s Songkran festival, a three-day New Year celebration, homes are cleaned and unwanted junk burned to create a clean slate. Buddha statues are removed from altars and cleansed with perfumed, petal-infused water. Over time, it became customary for Thais to collect this water to use in their own blessing ceremonies – trickling and splashing it over family members for good luck – and this tradition eventually evolved into the water-fight extravaganza Songkran is now famous for: three days of convivial water-pistol shoot-outs and bucket-dousings on the streets of Thailand. 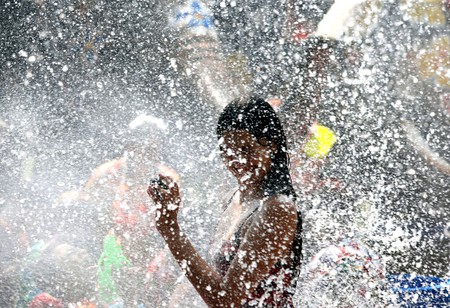 Mandatory Credit: Photo by Rungroj Yongrit/EPA-EFE/REX/Shutterstock (9624478f) Dani Flores Elephants help celebrate the Songkran Festival in Ayutthaya, Thailand - 11 Apr 2018 US tourist Dani Flores is soaked with water thrown by elephants during a preview of the Songkran Festival celebration, the Thai traditional New Year, also known as the Water Festival, at the ancient world heritage historical park in the city of Ayutthaya, Thailand, 11 April 2018. The annual elephant Songkran event is held to promote the tourism industry prior the Songkran Festival, held to mark the Thai traditional New Year which falls annually on 13 April, and is celebrated with people splashing water and putting powder on each others faces as a symbolic sign of cleansing and washing away the sins from the old year. | © Rungroj Yongrit/EPA-EFE/REX/Shutterstock

When we throw open a window, declutter our closets and take a sudsy mop to the floor, we are turning over a new leaf. In the lead-up to Chinese Lunar New Year, people perform a preparatory cleaning of their space, sweeping away the dust and debris of the past 12 months to symbolically make room for good fortune to come. But it’s very important that the tidying session be wrapped up by the stroke of midnight – any cleaning on New Year’s Day itself is said to sweep away good luck. 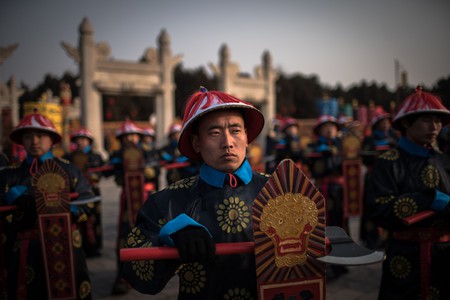 The Persian holiday of Nowruz, observed in Iran (as well as many other countries, including Afghanistan, Iraq, Turkey and Kazakhstan), is a New Year’s celebration that’s preceded by a huge spring cleaning. The Iranian calendar is a solar calendar that honors the seasons. Nowruz falls on the spring equinox in March and translates, fittingly, as “new day.”

To mark this moment of renewal, belongings are sifted and sorted, floors are scrubbed, and dusty rugs are hung outside and beaten. This sometimes begins weeks before the equinox to ensure enough time is dedicated to this process of shedding the old and welcoming in the new. 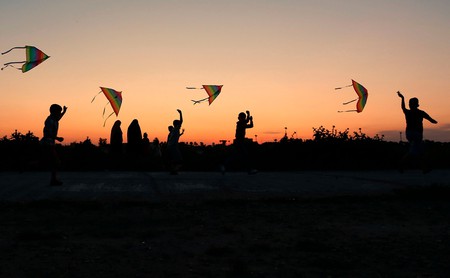 Mandatory Credit: Photo by Hadi Mizban/AP/REX/Shutterstock (10163346a) Children launch kites during Nowruz celebration as the sun sets in Baghdad, Iraq, . Nowruz, the Farsi-language word for "new year", is an ancient Persian festival, celebrated on the first day of spring in countries including Iraq, Turkey, Afghanistan and Iran. The festival is a symbolic opportunity to purify the soul for the new year and symbolizes revival and is marked by spring cleaning, buying new clothes and planting trees. March 21, the first day of spring, marks Nowruz Nowruz Celebration, Baghdad, Iraq - 21 Mar 2019 | © Hadi Mizban/AP/REX/Shutterstock

Many Jewish people prepare for Passover by cleansing the home of all grain-based, leavened products, or chametz – items including bread, cereals, pastries and pasta. For Ashkenazi Jews the consumption of rice, legumes and corn is also prohibited during Passover, and these items must be removed from the house. This tradition derives from the story of Passover, in which the Israelites – newly emancipated from slavery – fled Egypt before their bread had begun to rise.

In the lead-up to the holiday, every crumb of leavened food must be removed from cupboards, tables, the fridge and that tricky-to-reach crease of the sofa. Some people even wipe down light switches to catch infinitesimal leaven residue left by sticky fingers. Once the cleaning has been completed, the kosher feast – which generally includes unleavened, flat matzo bread – can commence. 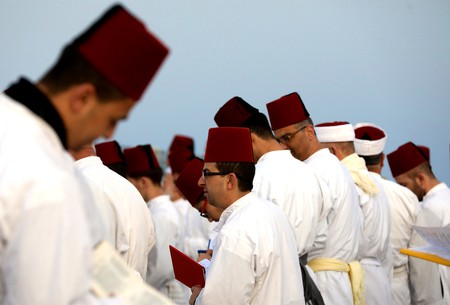 Practiced across the Americas

Despite its association with bougie yoga studios, burning white sage and palo santo (aromatic “holy wood” from the Bursera graveolens tree) to purify a space is actually an ancient spiritual practice. Indigenous communities across the Americas believe smoke from burnt sage and palo santo removes bad energy from people and spaces.

A 2007 study proved that burning “medicinal plants” was shown to reduce counts of aerial bacteria by 94 percent after an hour, and the air remained cleaner for 24 hours if doors and windows were kept closed. Setting a bundle of sage ablaze for a smudging session is a science-backed way to purify your home. 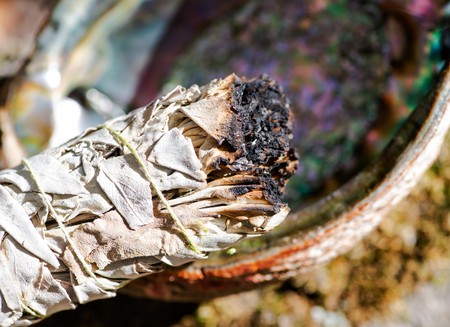