Nature Under Lockdown: Fact or Fiction? 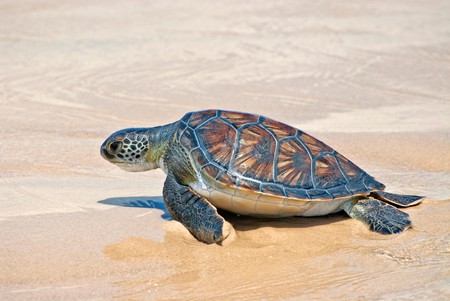 With planes grounded and a proportion of the global population indoors, it’s been reported that Mother Earth is healing. But for every report about a positive ecological change thanks to Covid-19, there are a few fraudulent ones – some so absurd, they’ve actually gone viral. Culture Trip debunks the myths.

Dolphins and swans have ‘returned’ to Venice’s canals

There are two things going on here. First, did the swans ever leave? It’s said they’re regular visitors to the canals of Burano. But dolphins? We call that #FakeNews. It looks as if some Twitter users are trying to capitalise on coronavirus for a spike in likes. However, with the water running cleaner than usual, locals say that fish are visible for the first time in decades. Perhaps dolphins will make an appearance – just not quite yet. 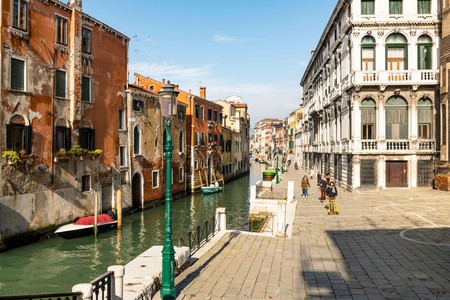 A herd of goats have taken over a Welsh town

Really? Yes. In Llandudno, wild Kashmiri goats have ventured from the nearby Great Orme headland out into the empty streets. For the people of Llandudno, their “new normal” includes watching 120 naughty wild goats roam as they please and eat their way through bushes. Town councillor Carol Marubbi has said it’s providing “free entertainment” to residents. “I think they are wondering what’s going on like everybody else,” she told the BBC.

For the first time in 30 years, the Himalayas are visible from India

True or false? This one is true. We know this, because India’s notoriously high pollution levels have dropped substantially since the nationwide curfew. Prime Minister Narendra Modi confirmed this with a data comparison of air quality before lockdown to the present. Delhi, for instance, saw a 44 per cent reduction in air pollution levels on the first day of lockdown, according to India’s Central Pollution Control Board. Meanwhile, residents in the city of Jalandhar, which is more than 100 miles away from the Himalayas, have shared pictures that show the mountain peaks. They say it’s the first time in three decades that the mountains have been visible. “Just amazing,” writes one Twitter user from their home in Punjab, India. 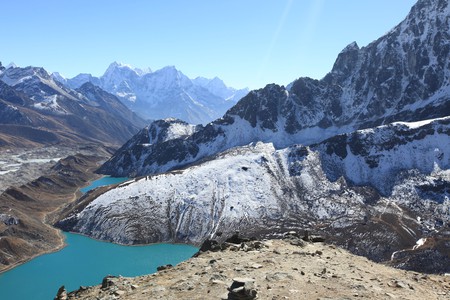 The Himalayas are visible for the first time in 30 years, according to locals | © Goncalo Diniz / Alamy Stock Photo

Elephants got drunk and passed out in a Chinese village

Articles have circulated about elephants in China living it up with their mates, while humans continue to social distance. And by ‘living it up’, we mean getting smashed on corn wine and passing out in tea fields. But while we know elephants might like a drink – in Africa they are known for gnawing away on the fermented fruit from the marula tree – is this really true? Obviously, it’s a hoax. Tik Tokkers can be thanked for spreading the white lie – elephants were really spotted in Yunnan Province, China; it’s not an uncommon sight.

Penguins are roaming around the streets of South Africa

Video footage shared by the Southern African Foundation for the Conservation of Coastal Birds will confirm this is true. A trio of penguins, native to Namibia and South Africa, can be seen waddling their way through the empty streets of Simon’s Town, Cape Town. Who knows where they were going? One guess is that they were en route to the shops for essentials. 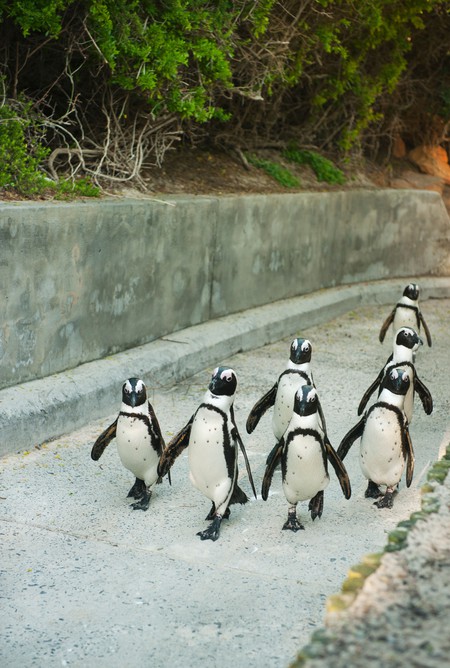 Thailand’s beaches are known for drawing crowds of tourists. But with international flights grounded and beaches deserted, they’re drawing new visitors: rare leatherback sea turtles. The director of the Phuket Marine Biological Center confirmed this is so, saying the turtles have built more nests since November than in the last 20 years. It’s good news for the little fellas, who are in fact an endangered species. They can now lay their eggs in quiet areas and rest assured that their nests will be left alone.