Beyond the Painted Gates: Nine Chinatowns Around the World

From ornate wooden palaces and spaces of worship to steaming pans and yelling traders, Chinatowns play a considerable role in the cities they exist within.

Chinatowns are a ubiquitous presence all around the world’s major cities – a riotous celebration of Chinese culture, cuisine and design; built to preserve a slice of home after emigration. After profiling the illustrious histories of London and New York’s Chinatowns in the latest issue of our magazine, we picked another nine historic districts dotted across the globe, to look at the myriad ways that Chinese communities have shaped their corners of the city.

Nestled in central Manila is Binondo, the oldest Chinatown in the world. It was established in 1594 when Spanish settlers granted land use to migrant Chinese merchants with the intention of converting them to Catholicism. A stroll down Binondo’s alleyways reveals its diverse beginnings, with the locals speaking Tagalog, Hokkien and Mandarin and cooking up a world of fragrant skewered meats, fried cutlets and stuffed buns. Property developers have turned their gaze to Binondo as land value continues to inflate.

In the 13th arrondissement, south of the Seine, lies the Quartier Asiatique – where Europe’s largest Chinese diaspora resides. It is believed the first Chinese immigrants settled here en route to England in the 1910s. Following the revolutions that burned across mainland China and the Indochinese Peninsula throughout the second half of the 20th century, many Chinese, Vietnamese, Laotians and Cambodians relocated to the area. The Quartier Asiatique is now a burgeoning hub for small-business owners and community centres.

Melbourne’s Little Bourke Street has been home to the Chinese diaspora since the gold rush in 1850s Victoria, and it remains the oldest Chinatown outside Asia. Its history has been turbulent. Following the introduction of the 1901 Immigration Restriction Act, non-European migrants were prohibited from entering Australia until the 1970s. More recently, an influx of Chinese and European students and the installation of pseudo-Chinese archways might have boosted Chinatown’s profile, but some locals were uneasy about potentially turning their homes into a tourism gimmick. Lately, a proposal for the construction of a “Chinatown 2.0” in the suburban Box Hill also begs the question: can nuanced cultural neighbourhoods be built from scratch? 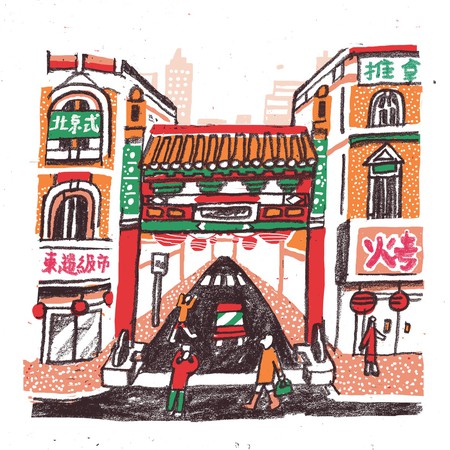 The story of Kolkata’s Chinatown is shaped by the persistent conflicts that haunted both India and China throughout the 20th century. Beginning in the late 19th century, Chinese people, beset by war and poor living conditions at home, journeyed southwest to work on sugar mills and tanneries outside Kolkata, which at the time was the capital city of India under British rule. Over a century’s settlement has crystallised an Indian-Chinese cuisine unique to Kolkata. This is best found at Tiretti Bazaar, a daily fair near the Hooghly River, where culinary boundaries between Hakka, Hokkien and Indian traditions melt into deliciously spiced baos and momos.

The signing of the Bowring Treaty between the United Kingdom and Siam (modern-day Thailand) in 1855 attracted a significant influx of Teochew migrants from southern China. The Teochews went on to form the largest ethnic group in the city around the east bank of the Chao Phraya River, and the Yaowarat Road bustles with street food and nightlife. Encroaching metro extensions and urban regeneration projects are contributing to soaring housing prices in the area, pressing long-standing vendors to alter business models or move out altogether. 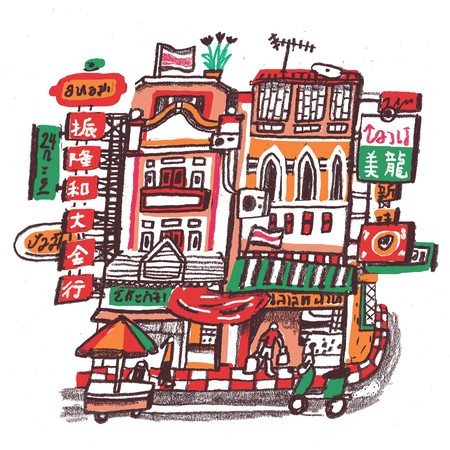 Until the 1950s, Toronto’s Chinatown was anchored near York Street and Elizabeth Street, before a series of building plans pushed it westward. The fabled laundry shops, through which the Chinese community made a name for itself in the district at the turn of the 20th century, were swept aside. In more recent decades, its proximity to the Financial District and university campuses has attracted wealthy young urbanites. Third-generation restaurant owners are asking themselves how to preserve the past while making room for the new.

For nearly a century, the city’s first Chinatown, on Commissioner Street, harboured miners and merchants. Following the arrival of mainland Chinese migrants, a new Chinatown subsequently sprang up in the outlying Cyrildene neighbourhood. There are plenty of grocers, restaurants and textile shops but fierce competition between veteran and new traders can make a walk through Cyrildene an interesting experience. 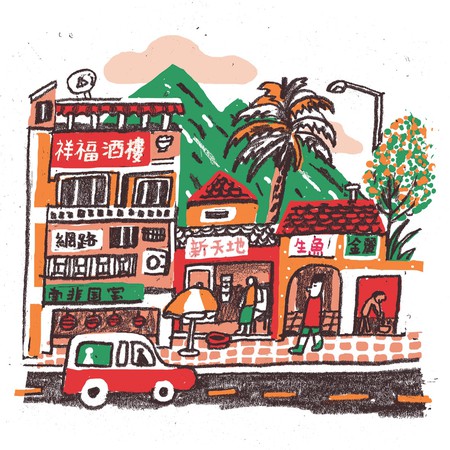 This Chinatown’s history can be traced to the 1850s – a time when many Cantonese-speaking workmen left the Pearl River Delta to seek employment in the mines and on the railroads. Once known for prostitution and opium dens, the neighbourhood had to be reconstructed after the 1906 earthquake. Notable architectural legacies such as stylised facades and curved roofs – commissioned by local merchants – were widely emulated in Chinatowns across the world. Here, old-fashioned dim sum carts vie for business alongside avant-garde fusion platters, encapsulating the tension between past and present.

Amsterdam is home to the oldest Chinatown in continental Europe. Its first wave of Chinese immigrants alighted near the historic Zeedijk (“Seawall”) in 1911 in search of better education and employment. Today, it is a delightful concoction of Chinese, Vietnamese and Thai restaurants, with a thriving queer culture. The area is also home to several LGBTQ bars and the city’s annual cross-dressing festival, the Hartjesdag. 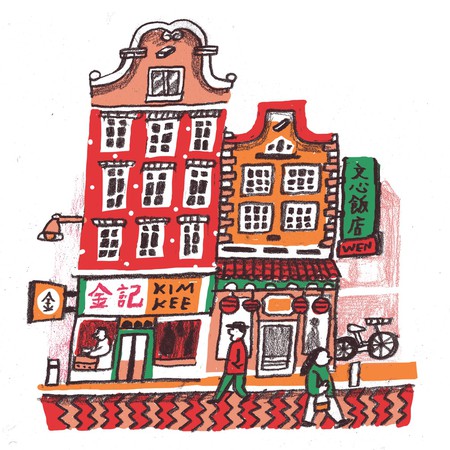