Around the World in 23 Local Dishes

Food is an intrinsic part of travel, and an important aspect of digging deeper into the culture and exploring the landscape of each new destination. Travel around the globe with these 23 local dishes, each of which represent the region of their birth, and are as transportive as the scenery itself.

There are lots of delicacies to be had in Chiang Mai, but this local dish is easy to fall in love with. The rich, coconut milk-based curry is laden with spice and kaffir lime, and filled with thin egg noodles. It is then topped with crispy deep fried noodles, pickled mustard greens, shallots, lime, and ground chillies fried in oil, plus a little bit of lamb or chicken. Once you taste it, you’ll want to find the best in the city. 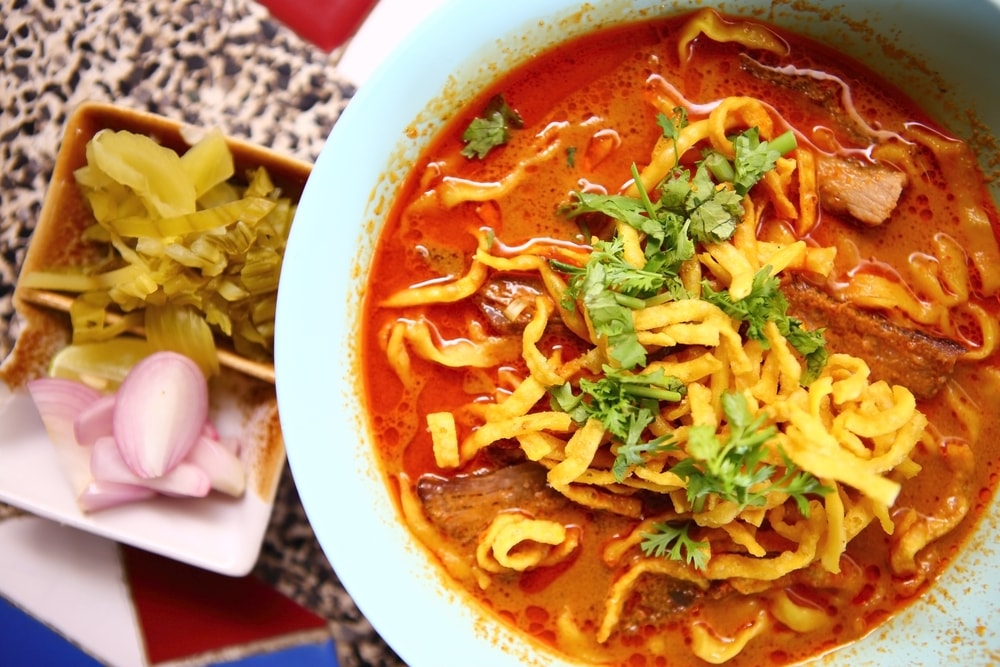 In the heat of the summer in Hanoi, there is nothing better than a bowl of bun cha to sate your appetite. Thick pieces of pork belly are grilled over a charcoal fire until crisp, smoky and juicy, and then put to soak in a piquant cold broth laced with rice vinegar, herbs and fish sauce. This is served alongside cold rice noodles, mountains of bean sprouts and fresh herbs for the perfect, light meal. 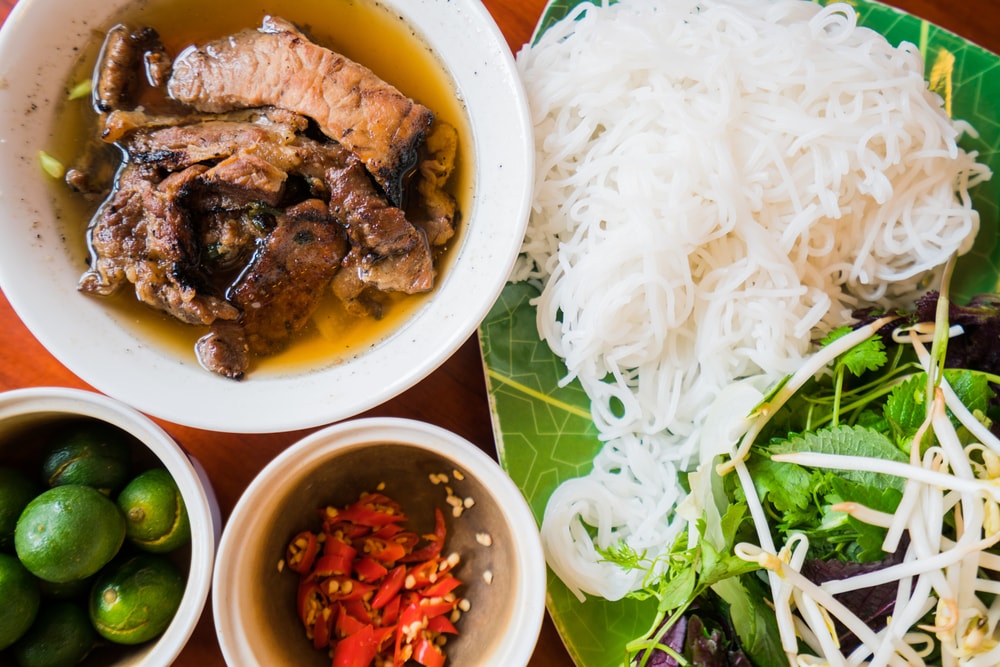 Nothing sums up the collision of French and Vietnamese cuisine quite like this popular sandwich. Filled with everything from cured meats to fresh meatballs, the sandwiches are spread with homemade mayonnaise, julienned pickled vegetables and cilantro, all served on a light-as-air, crisp, fresh mini baguette. 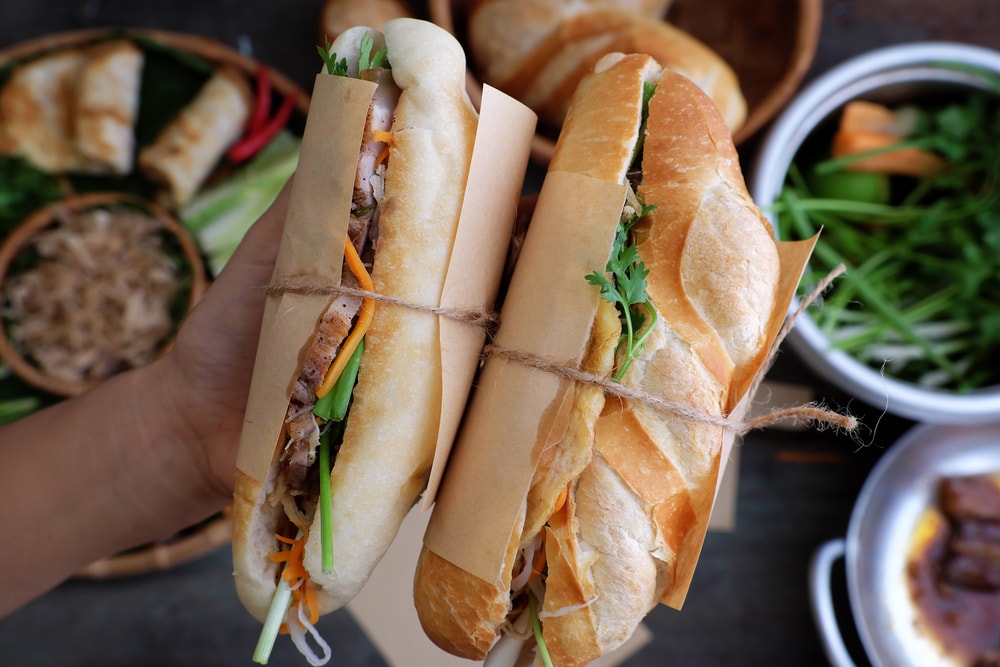 Dig into fat, fresh crabs at the Kep Crab Market, where family-owned restaurants line the water and your meal goes from sea to pot in no time flat. The delicate meat is best seasoned with Kampot pepper, a distinctive, near fruity and tingly heritage vegetable grown in the plantations nearby. The spice offsets the mellow meat for a beautiful combination that can’t be experienced anywhere else. 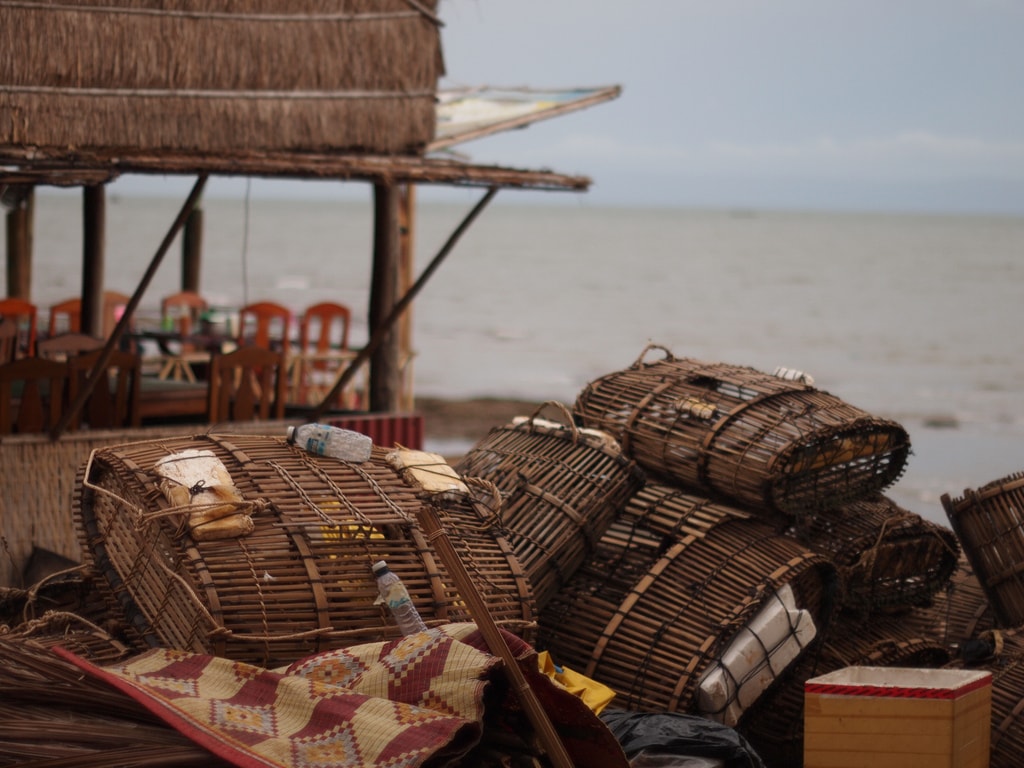 Taiwan is famous for its street food, and Taipei has some of the most extensive food markets in the world. Oyster omelets are a special treat. This dish sees plump oysters rest in a batter of rice flour, water and egg. The resulting pancake is then fried on an iron plate until the edges curl crisp. For an authentic Taiwanese experience, grab one of these from a food stall and enjoy it while watching the crowds go by. 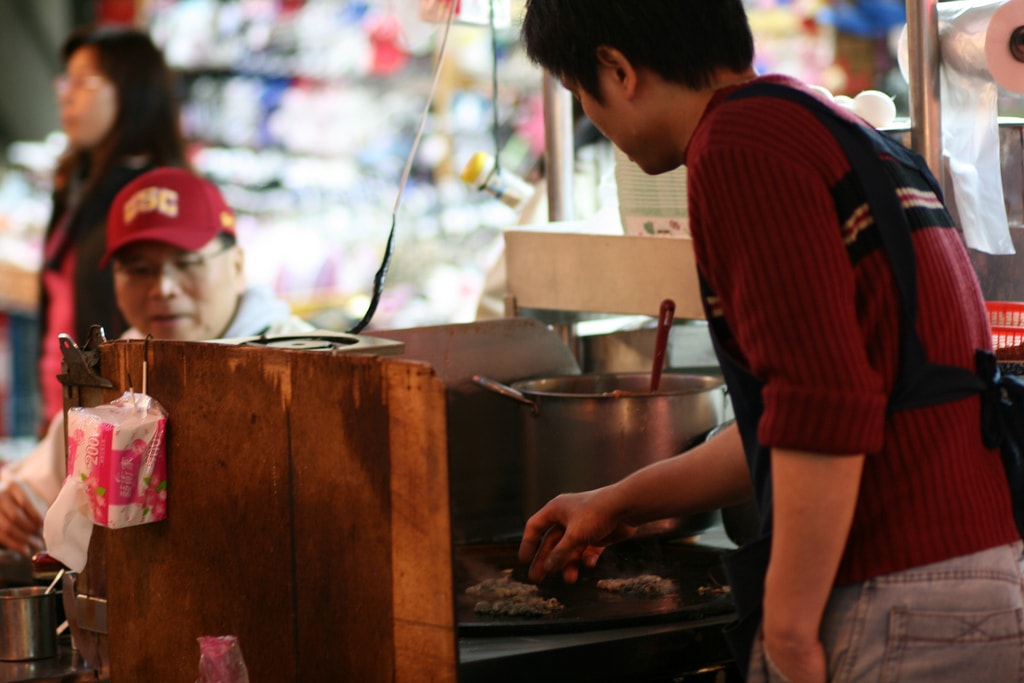 These delicate little packages consist of near-translucent skins enfolding a filling of minced pork and warm soup, with an additional hint of ginger and sherry. The liquid is achieved by boiling pig knuckle for hours and then cooling the resulting, highly-concentrated soup so it sets like gelatin. This is then cut into squares and packed into dumplings, so it melts when exposed to the heat. 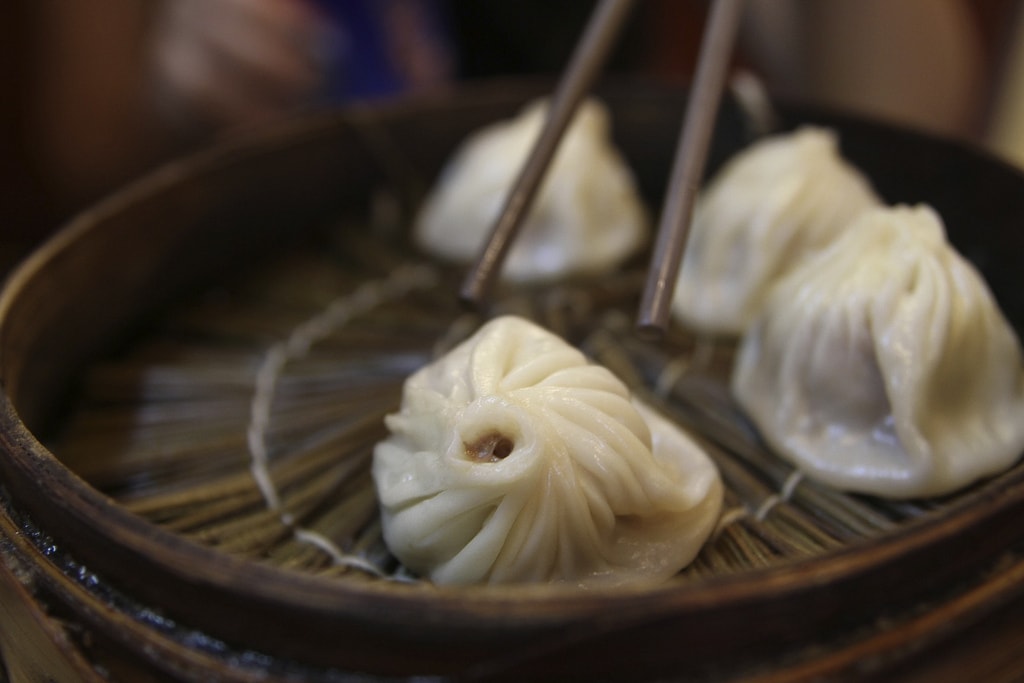 No one does fried chicken quite like the South Koreans (we know, those are fighting words), but the combination of juicy, sweet, spicy and crispy just can’t be beat. Developed in the 1950s thanks to increasing Western influence in Seoul, KFC (Korean Fried Chicken) has become a staple dish in this part of the world. The wings (and sometimes legs) are marinated, twice fried in a thin batter of corn or potato starch, and then tossed in a sweet and spicy gochujang sauce. Paired with a beer, eaten street-side? Heaven. 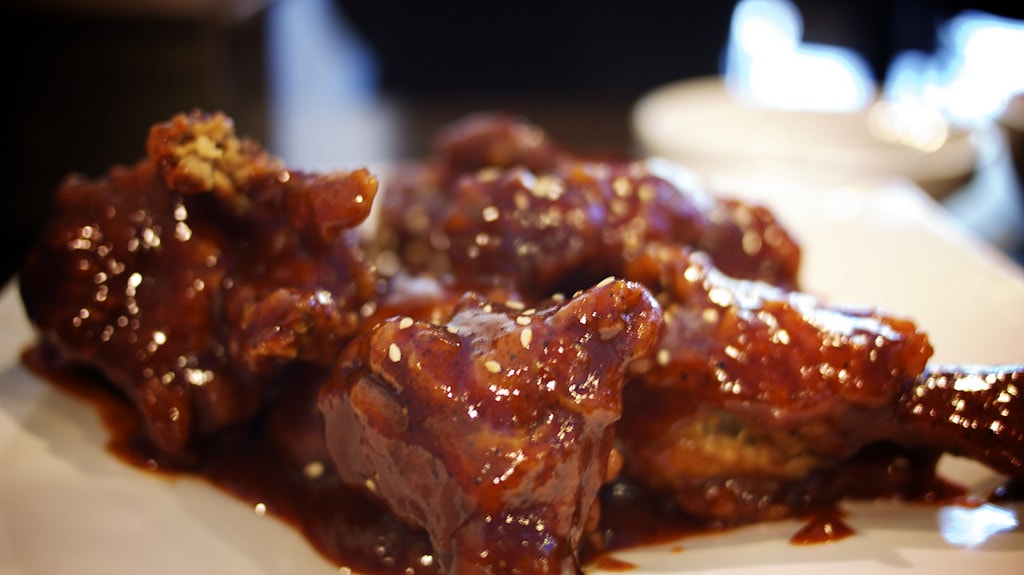 Made up of several dishes that showcase a chef’s skill, this ornate meal changes with the seasons and the whims of the kitchen. Ranging from simmered dishes to sashimi to a grilled course, this fantastic spread is best experienced in Kyoto, where traditional hotels and Michelin-caliber restaurants alike serve elaborate, beautiful dishes. 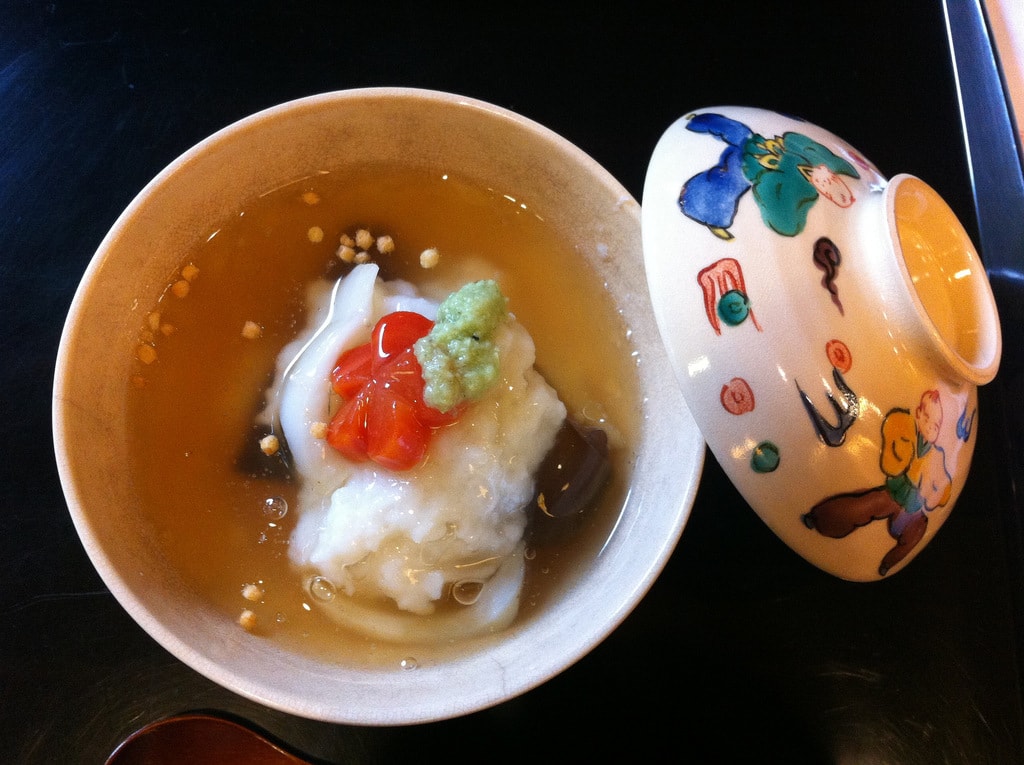 Japan is perhaps most famous for sushi (and you should eat that too), but chefs around the country focus on so much more than sea creatures alone. Tonkatsu is a pork cutlet that is coated in panko bread crumbs and deep fried. The dish came into being around the turn of the 20th century, when Western-style food was becoming popular. You can now find spots that solely focus on this special dish, serving two cuts of pork—hire (more lean) and rosu (with a strip of marbling fat)—alongside a special sauce, rice and a side of vegetable slaw. 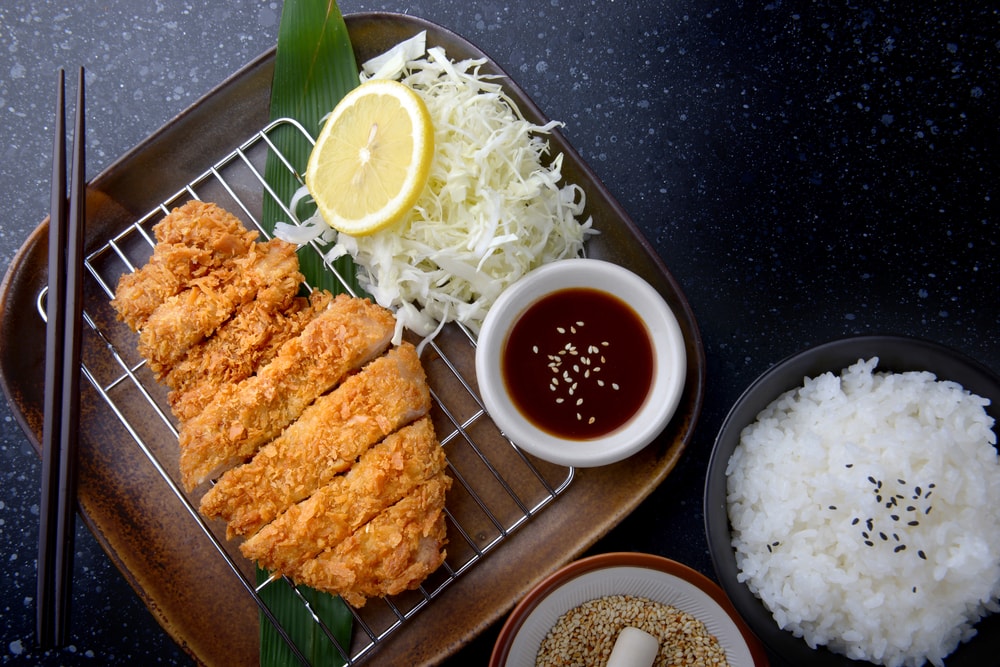 Italy and France might still be more famous for their truffle dishes, but Croatia is quietly home to some of the greatest truffles in Europe, hidden among the fairytale-like scenery of Motovun. Indulge in these delicacies—without the pretension— on anything from eggs to pasta, after a long walk through gorgeous winding streets and verdant countryside. 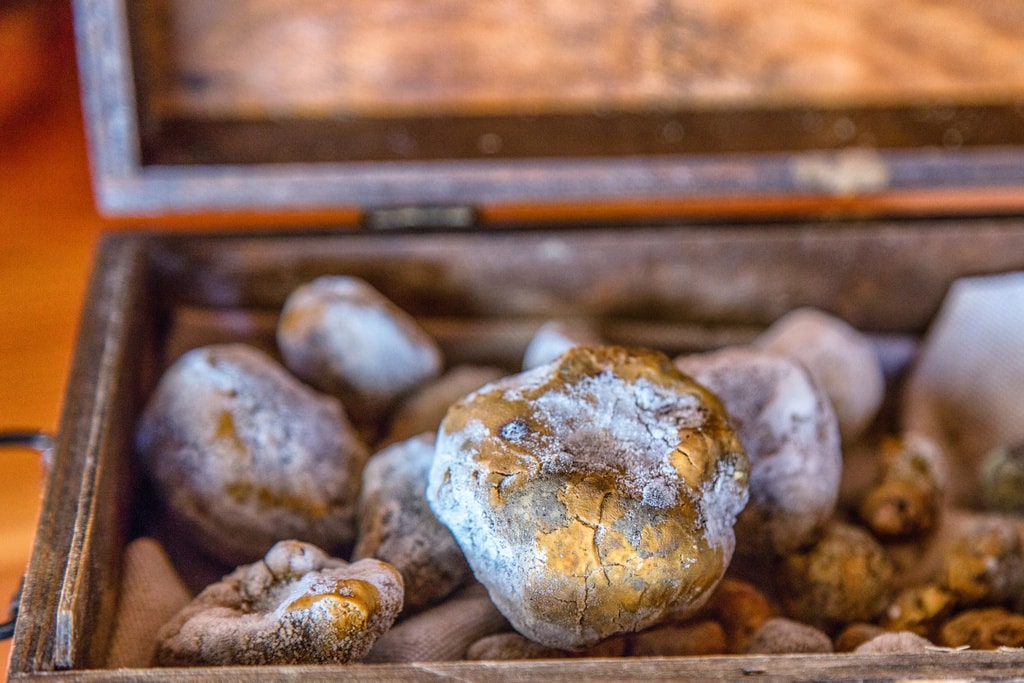 Drawing its name—which means “small ear”—from its shape, this type of pasta is typical of Southern Italy, made fresh in kitchens around the area. The little shell shapes serve as vessels for whatever sauce the dish happens to be paired with, from rabe and sausage to bolognese or simple butter and sage. 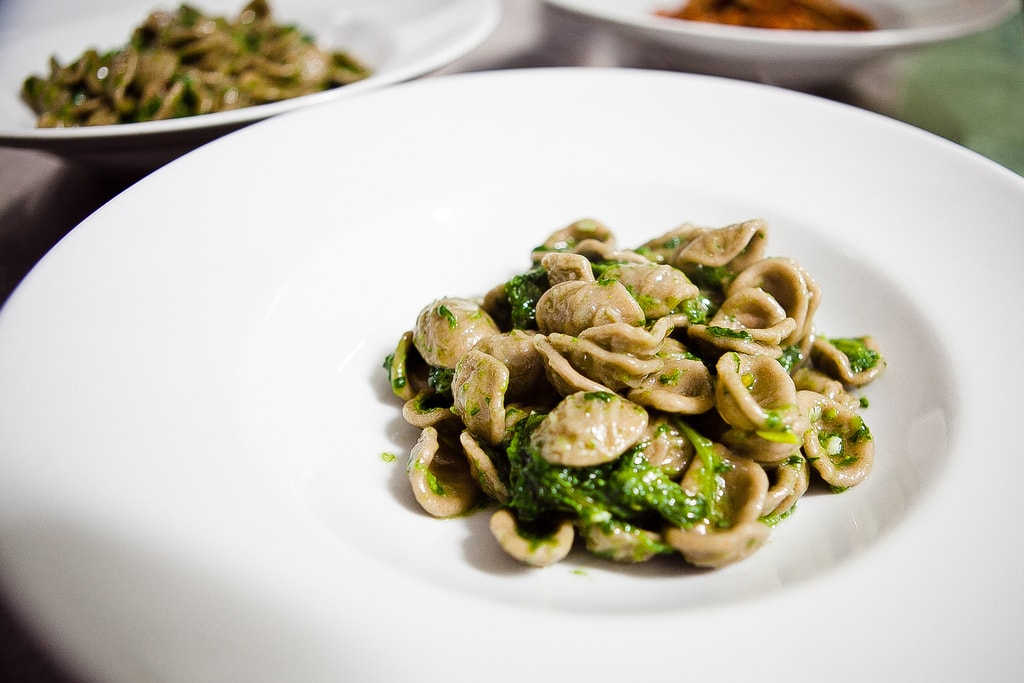 Mussels are a staple food of the Galician coast, and there’s no better place to try them than in A Coruña’s fish market, where, after being pulled straight from the ocean, they’re gently dressed with olive oil, red pepper, onion and tomato. Tuck in by the ocean while taking a break from exploring this historic town. 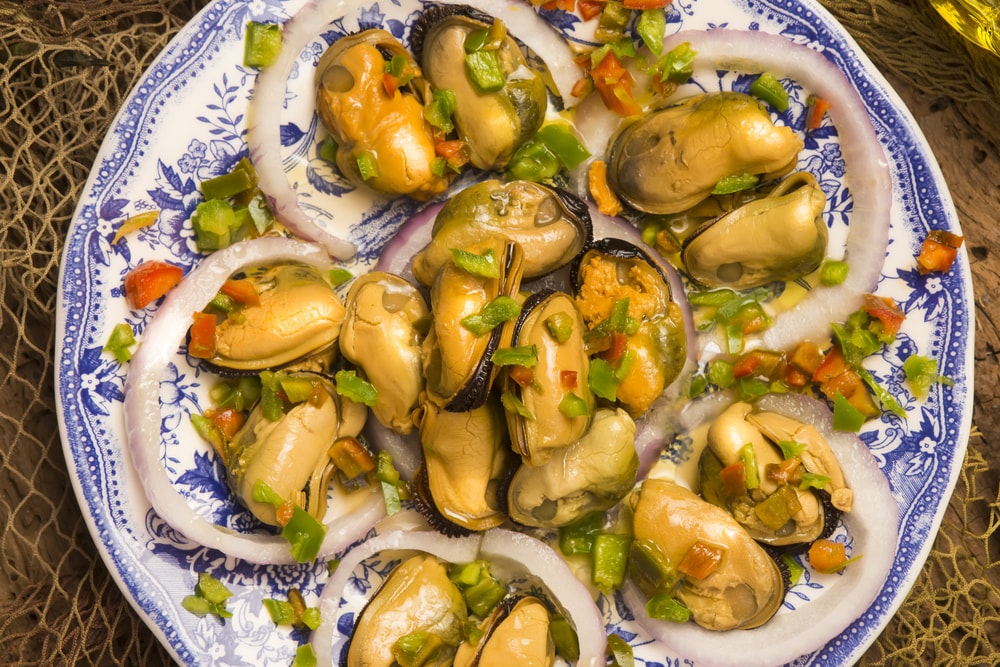 For a taste of the good life, look no further than a plate of bal (honey) and kaymak (clotted cream), eaten in the morning scooped onto fluffy white bread. In its most traditional form, the thick top cream (with a honeycomb crust) is made from rich buffalo milk, giving it a thick, creamy texture and distinct flavor. The amber flower honey served as an accompaniment makes this dish the epitome of indulgence. 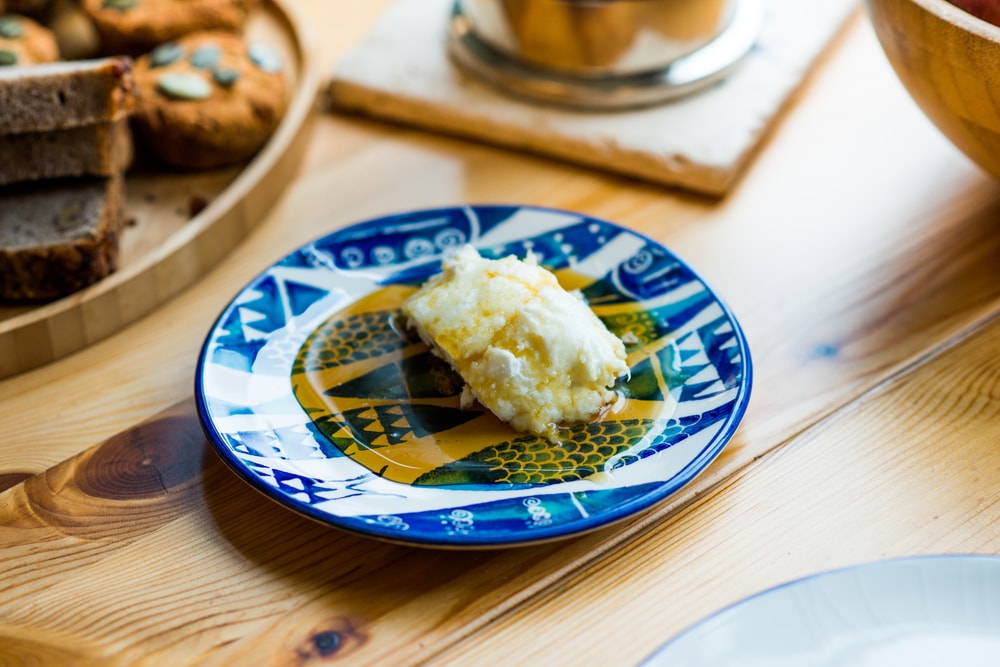 There’s a Turkish saying that a night of fish and raki is good for the soul, and no way to test this out better than when you’re right next to the Mediterranean Sea.  In addition to fish grilled with lemon and olive oil, you’ll also find an array of cold seafood dishes like octopus, seaweed salads and anchovies preserved in vinegar. Pair this with the anise-scented national liquor and few good friends, and you’re in for a merry evening. 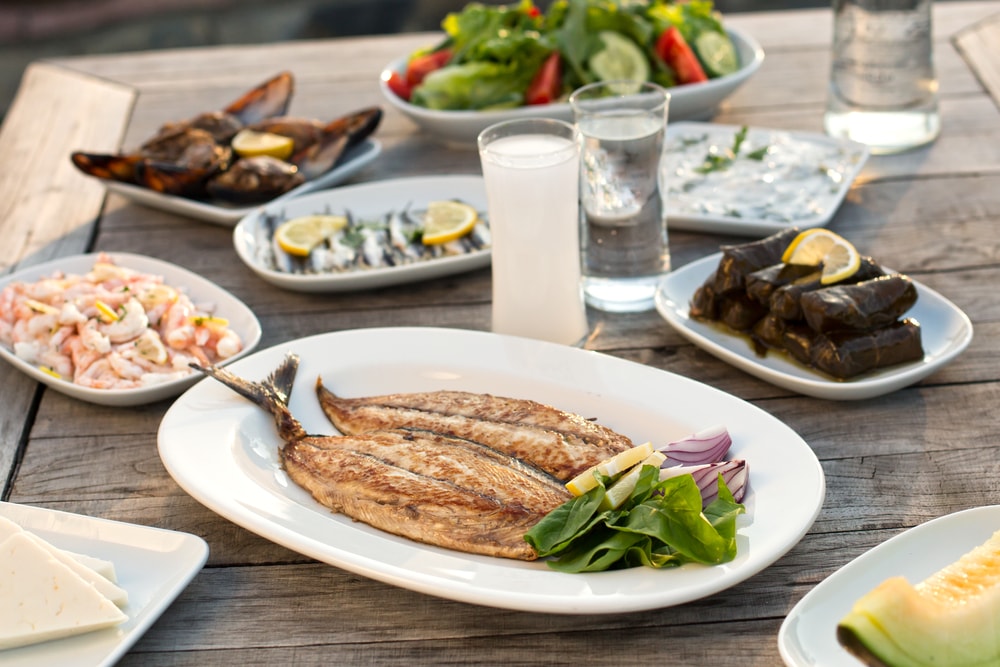 There’s a lot to love about Moroccan food, but harira soup stands out due to its flavorful ingredients. Generally a dish used to break the Ramadan fast, the savory stew is filled with tender bits of lamb, chickpeas, lentils. Saffron, ginger, turmeric and are also added, although the recipe changes depending on the cook. 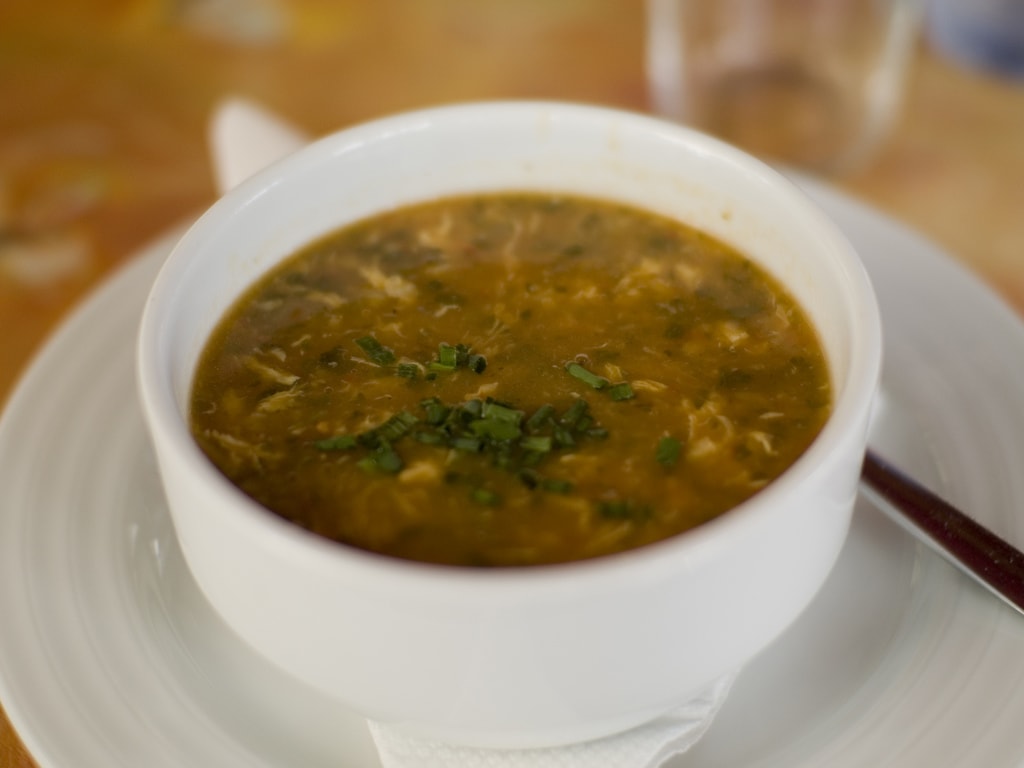 One cannot leave Jordan without digging in to a plate of mansaf. Considered the country’s national dish, the delicious combination includes long-stewed lamb made with jameed, a hard, dry tart yogurt. With its roots based in Bedouin culture, the dish is served over rice and is a comforting, filling entree after a day exploring the ruins of Petra. 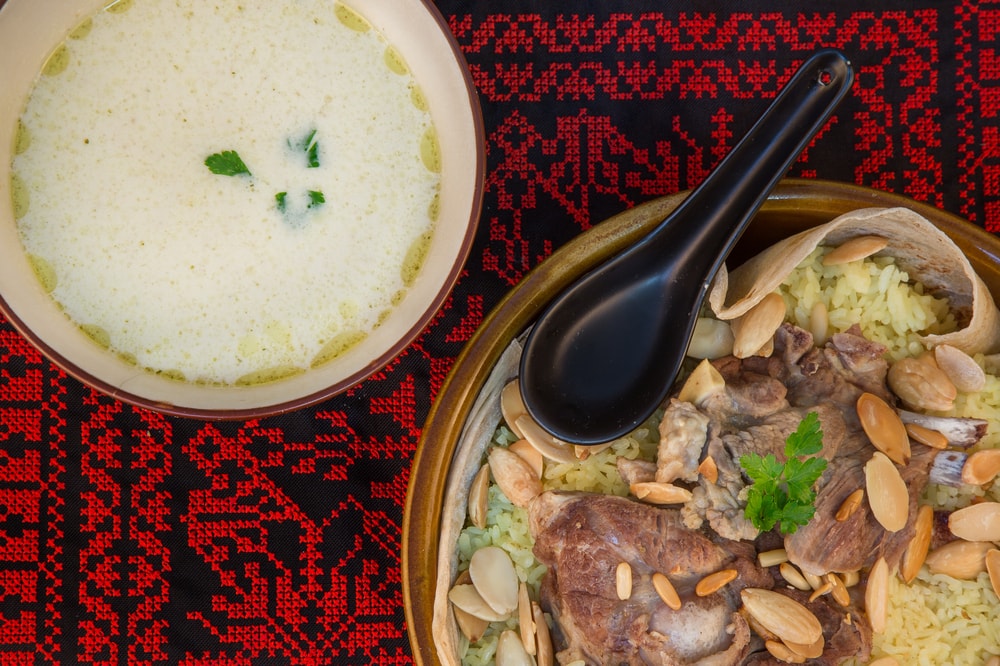 This tangy, richly complex stew offers up flavors that define Iranian cuisine. The main component of the dish is chicken, long stewed with walnuts and pomegranate molasses, resulting in a gravy that is thick and delicious served over saffron rice. While chicken or duck is the general meat of choice, it is also often made with meatballs, lamb or just vegetables. 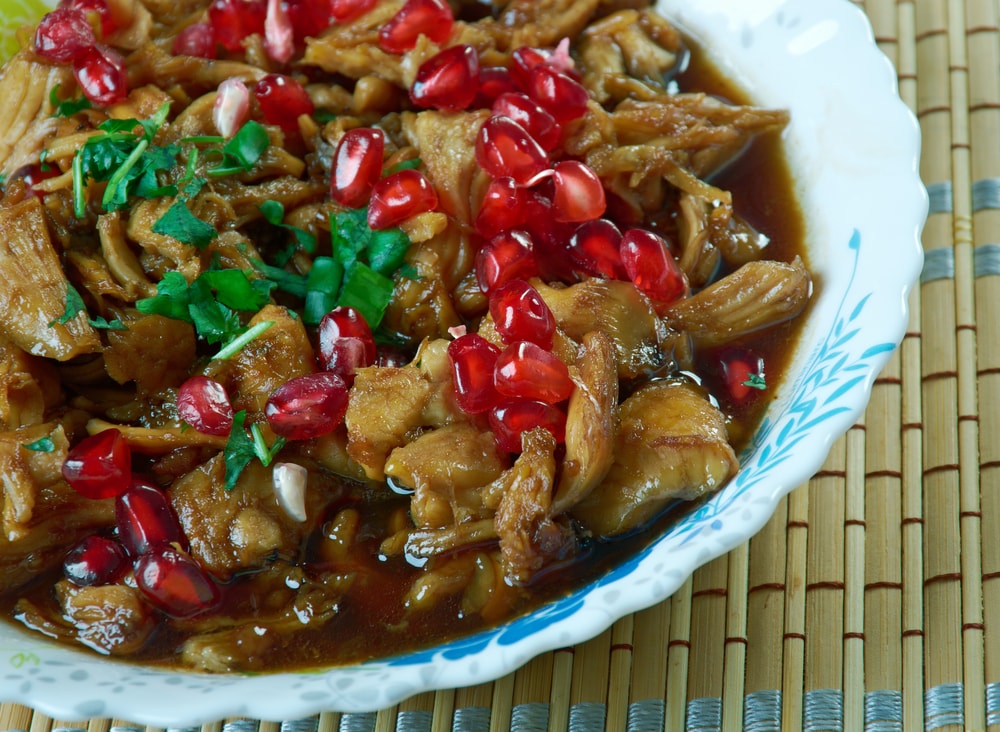 Tacos al Pastor consists of slices of pork, shaved from a piece of meat roasting on a spit over a coal fire and piled onto fresh, soft tortillas. This is then topped with onions, cilantro, pineapple and a dollop of salsa. The dish is believed to have originated from a wave of Lebanese immigrants who arrived starting in the late 19th century. They’re a common find in street food markets around the city, and are eaten immediately and happily where you stand. 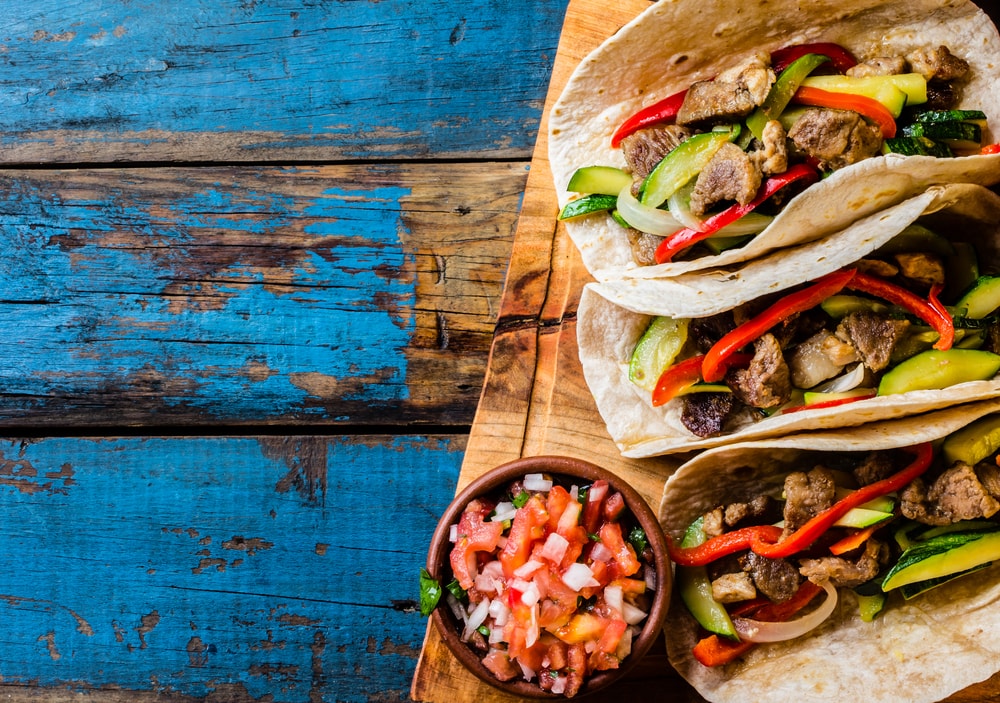 While Mexico is not a major chocolate producer, local cacao is popular in the Oaxaca region—the flavors bitter and fruity. Explore the local markets and chocolate shops to take a little piece home with you, or to taste the a variety of bean to bar products. 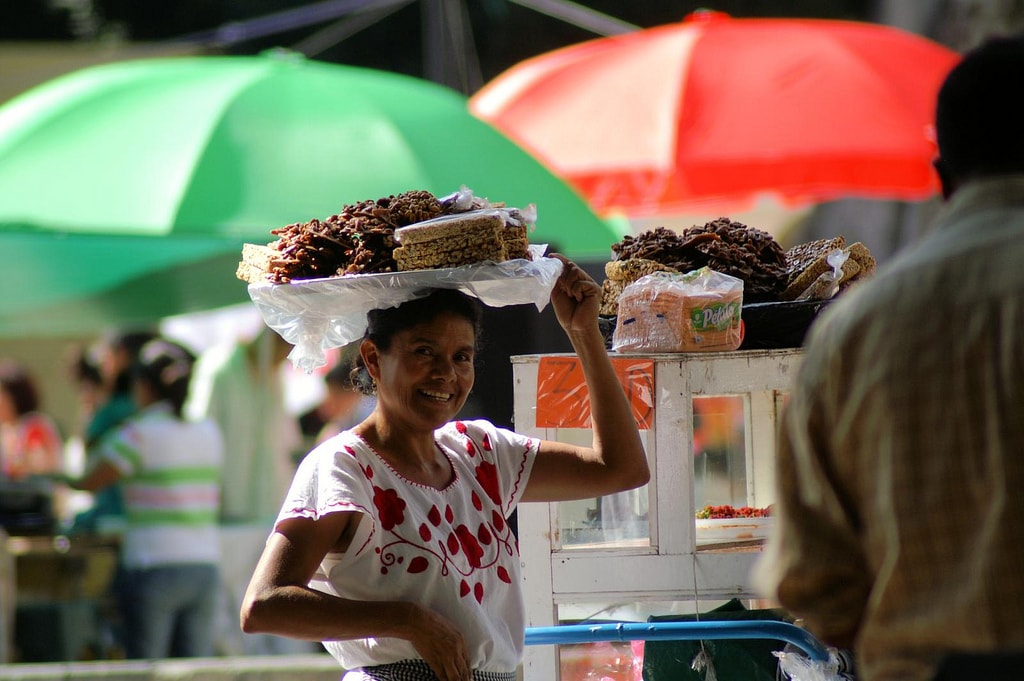 The name “empanada” comes from the verb “to wrap”, and although eaten throughout South America, each region has adapted the snack according to local ingredients and tastes. The savory pastry is traditionally filled with fried ground beef, onions, olives, hard boiled egg and raisins and, after being baked, are sprinkled with icing sugar and served with lime juice. 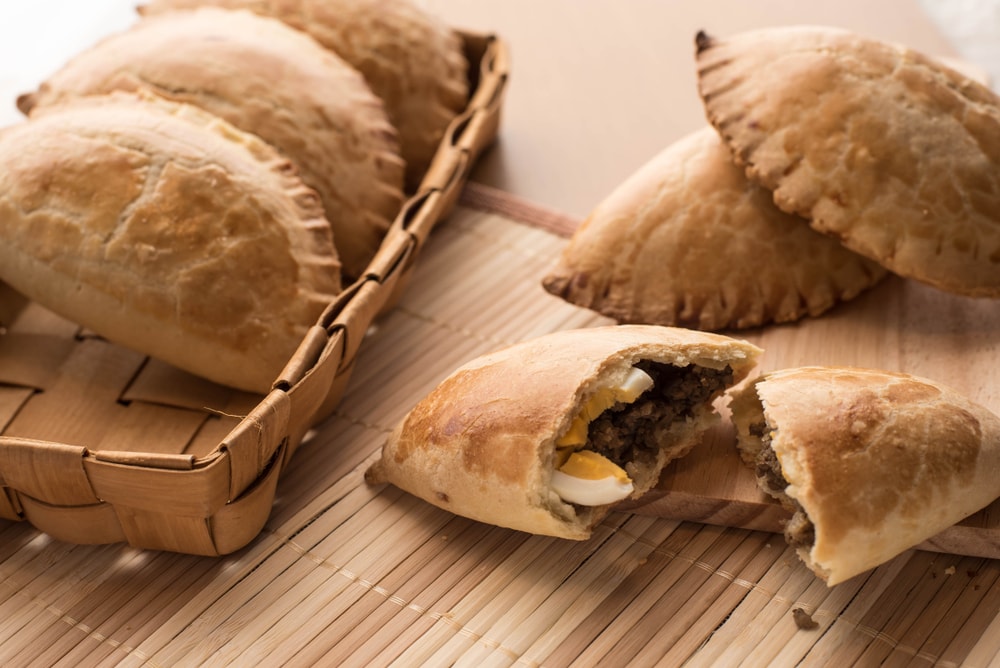 One of the most popular breakfasts in Delhi is a fresh paratha, filled with cauliflower, potatoes and peas, or paneer cheese. The flaky unleavened breads are then often served with a pat of butter and fresh lassi, either salty or fruit sweetened. It’s a simple pleasure, but crunching through the thousands of layers into the soft, savory center is sure to start the morning right. 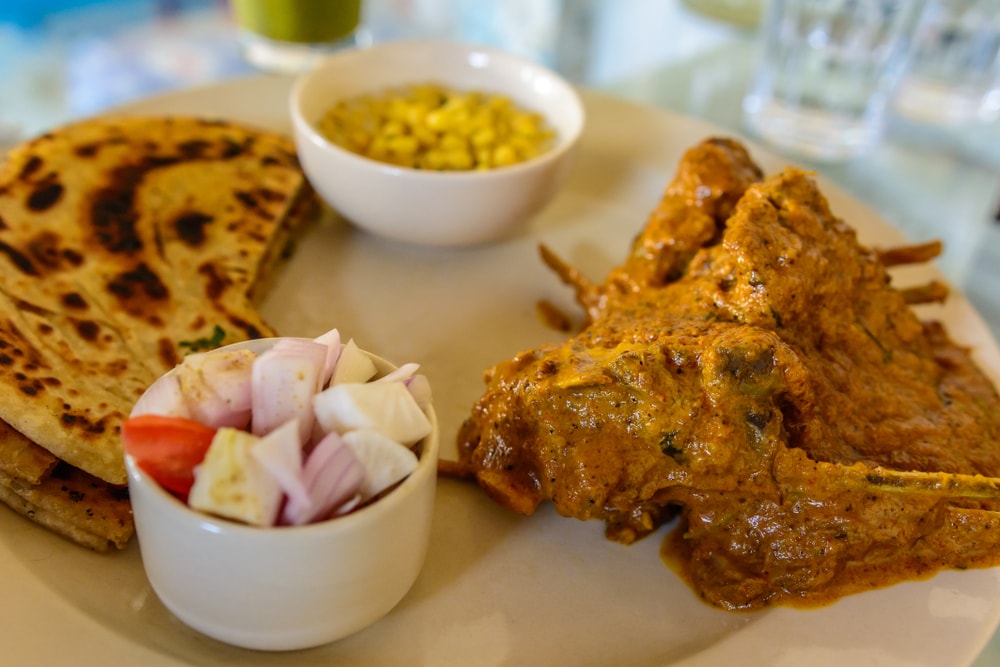 Goa is famous for its fish curries, which are flavored with coconut milk, garlic, turmeric and coriander seeds. You’ll also taste tartness from tamarind and tomato, and spice from chillies. This dish incorporates a range of seafood, and is best enjoyed with rice or fresh flatbreads for a transcendent local meal. 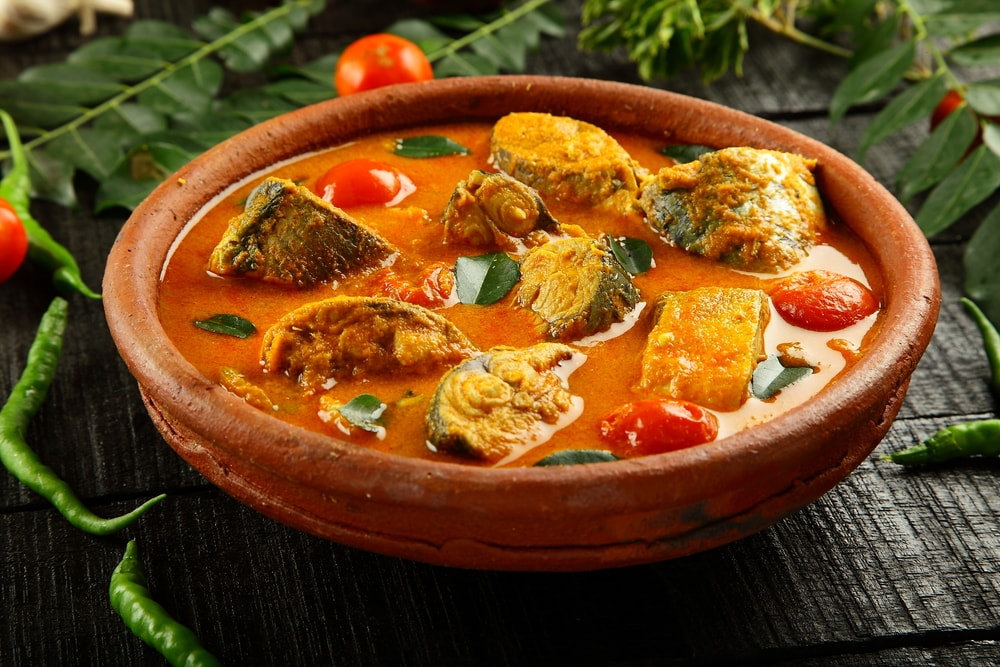 Made of fermented black lentils and rice, these savory steamed flat cakes are traditionally eaten as a morning snack, served with a variety of vegetable curries and tart chutneys. 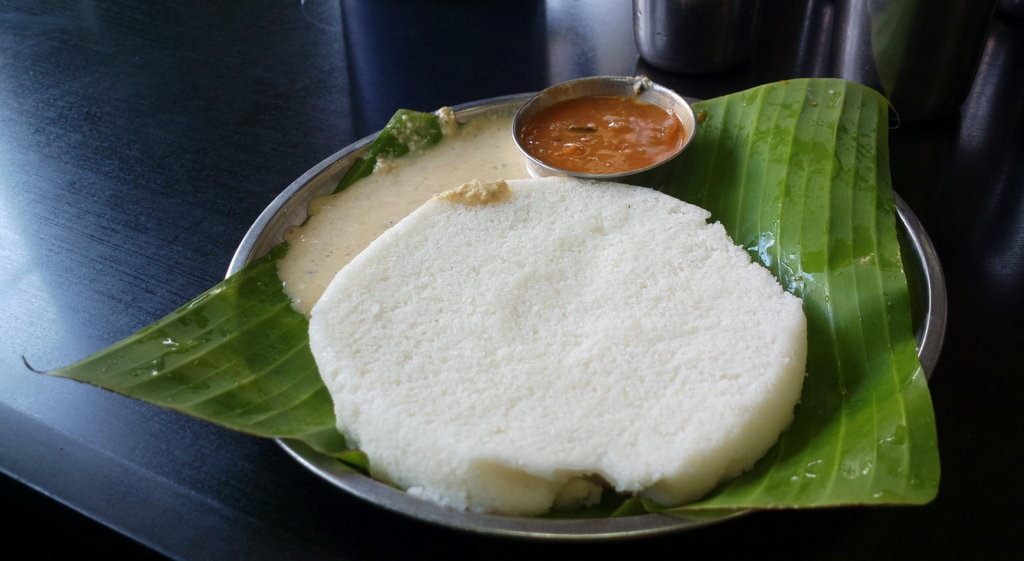 If you are looking to have an unforgettable holiday experience, check out Intrepid Travel.