An Art Lover’s Guide to Macau 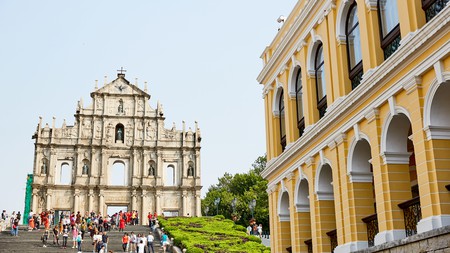 Home to more than 30 galleries and museums, Macau has plenty to keep creative travellers happy. Local and international artists are well represented within the city’s art institutions – as well as on the streets and in the glitzy casinos for which the city is perhaps best known. Check out this handy guide to help you discover some of the best works in the city. 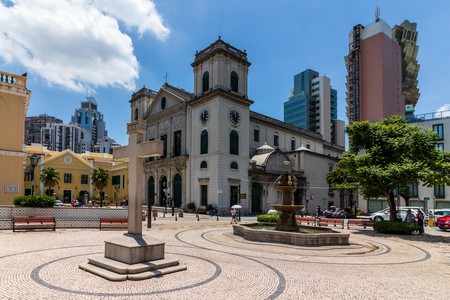 Set over 10,192 square metres across five storeys, Macao Museum of Art is the city’s largest and most comprehensive public arts space. Delve into local history in the expansive collection of traditional Chinese arts – including exhibits of calligraphy, prints and ceramics, as well as renowned paintings by artists including George Chinnery, the esteemed 17th-century British painter who called Macau home. You’ll also find European landscapes and scenic works from the 18th century that depict Macau during its time as a Portuguese colony. In addition to the permanent collections, the free museum hosts a variety of temporary exhibitions throughout the year, featuring a wide variety of both Asian and international art. 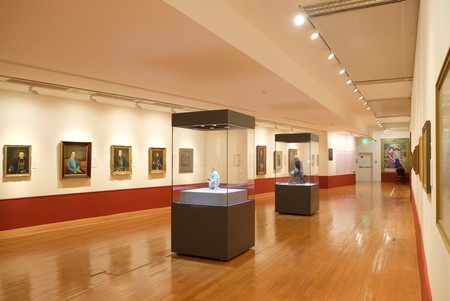 This gem of a gallery was opened to help promote the cultural and creative industries in Macau. A lot of the art here also gives insight into the city’s local culture and heritage – for example, a recent exhibition of watercolour paintings by celebrated local artist Lio Man Cheong captured Macau’s world-beating firecracker industry in its heyday. The gallery is conveniently located in the heart of Taipa Village – one of the best-preserved areas in the city and a great spot to experience the architectural influences from China and Portugal, as well other cultural spots including excellent museums, restaurants and shops. 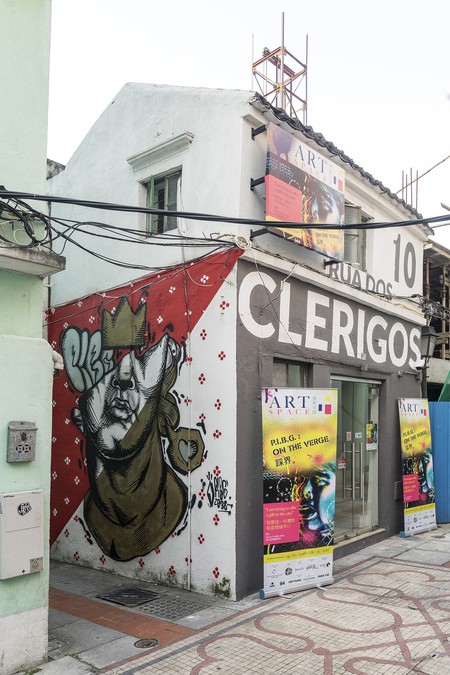 You only need to look down at the ground to see art in Macau. Portuguese cobblestone paving (known as calçada Portuguesa) can be seen all around the city and often features highly decorative designs. The wavy black and white mosaic design of Macau’s central Senado Sqaure is the notable spot, but the city’s cobblestone paving has developed in many different forms and shapes in recent years. The designs are now more expressive and have embraced various nautical motifs (to nod to Portugal’s maritime history) as well as Chinese patterns. 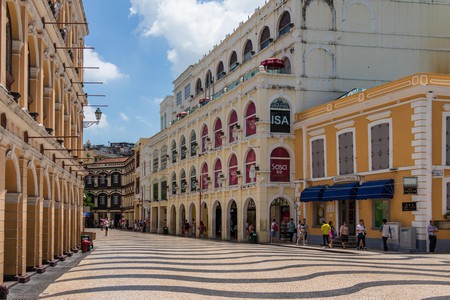 Blue-and-white wall tile displays (known as azulejos) can be spotted on walls around Macau and provide an artistic reminder of the city’s Portuguese heritage. These ceramic tiles were used to decorate buildings and public areas in Portugal and its colonies, and Macau was no exception. You can find one of the city’s most eye-catching tile displays in Cathedral Square. It was designed by painter George Chinnery and depicts Macau during the first half of the 19th century. 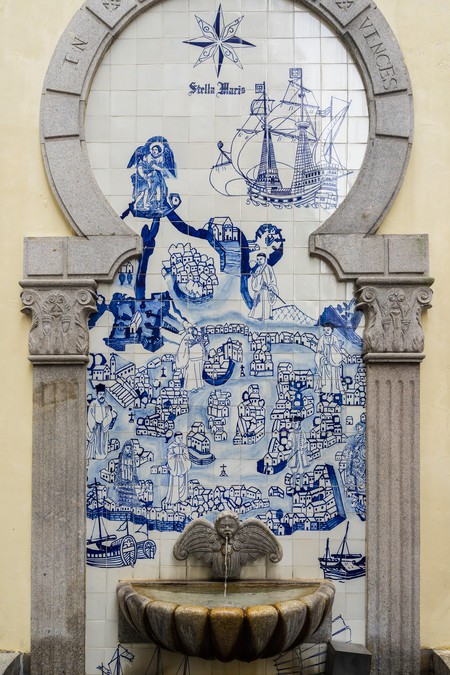 This attractive waterfront area located next to Nam Van Lake is home to a riot of colour and creativity, courtesy of the graffiti street art murals that adorn the walls. Local artists are regularly invited to exhibit their work, so the work rotates and is updated regularly. Take a seat on one of the benches near the murals, and appreciate the skill of the city’s emerging street artists.

Sculptures next to the slot machines

Many of Macau’s glitzy casinos have invested heavily in art and arguably double up as galleries. For those who want to look beyond the baccarat tables, you can go on your own art treasure hunt and uncover some real gems.

The lavish Wynn Palace hotel should be your first port of call to take in the bold, multi-million-dollar Jeff Koons Tulips sculpture. It’s also home to a pair of 18th-century Buccleuch vases from the Qing dynasty, and visually stunning floral sculptures by Preston Bailey.

You can’t miss the sculptures on display at MGM Macau by legendary Surrealist artist Salvador Dalí, either. The beautiful Alice in Wonderland sculpture cast in bronze welcomes visitors to the hotel. Elsewhere, a second Dalí sculpture, Dalian Dancer, sits in the hotel lobby under the Fiori di Paradiso ceiling of hand-blown glass flowers by American artist Dale Chihuly.

Meanwhile, over at Mandarin Oriental hotel, a beautiful sculpture by celebrated Chinese artist Li Xiaofeng takes pride of place in the hotel’s lift lobby. The artist famously uses pieces of discarded porcelain stitched together with wire to create beautiful ‘clothes’. 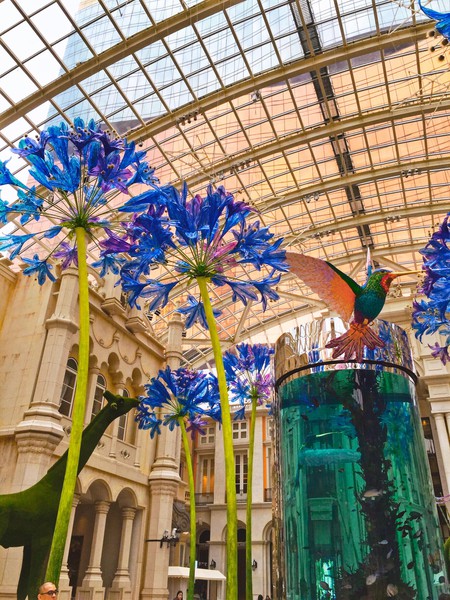