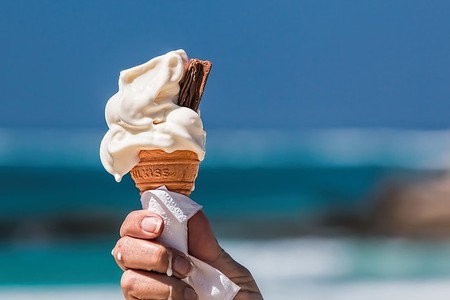 It's so hot we're all melting | © Stevepb / Pixabay

Phew, it’s hot outside. While the UK might not be very adept at dealing with heatwaves, other countries around the world have had a lot more practise at it, and know exactly what to eat and drink to stay cool.

From an electrolyte-replenishing drink found on the streets of India to a Chinese dish that cools you down from the outside in, these meals will help you think beyond ice cream this summer. 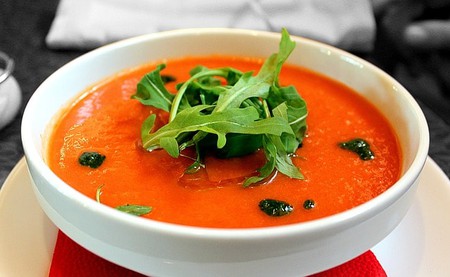 This is a cold soup eaten all over Spain in the summer months. The ingredient list sounds like the essence of the season: tomatoes, cucumber, peppers, garlic and olive oil and bread. The vegetables are pureed and bread soaked in water is added to make a refreshing dish that’s easy to sip on a hot afternoon. Gazpacho stretches Spain’s native ingredients further than a simple plate of salad would, and is hydrating and nourishing at a time when you might feel too sweaty to eat much.

Made of frozen, mashed acai berries blended with bananas, milk, nuts and other fruit, these chilly bowls are sold in droves around Brazil’s many beaches. They’re commonly topped with nuts, granola and other fruits. While acai berries are touted as having superfood properties and being high in antioxidants, the real benefits of these bowls is that they’re stuffed with hydrating fruit, and the iciness of the frozen berries keep you cool in the heat.

The province of Chongqing is one of China’s hottest, and instead of eating cold food, residents instead slurp down heaping bowlfuls of spicy hot soup. They believe that eating spicy foods forces you to sweat, which evaporates to cool you down and gets rid of internal heat from the body. There are many restaurants that specialise in the local hotpot, which is a bubbling, spicy broth accompanied by red chillies and Sichuan peppercorns, which numb your tongue when eaten. 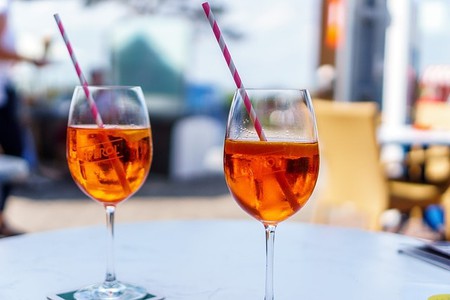 In Italy, there’s only one thing to drink when the mercury rises. This drink is a bubbly mixture of bitter herbal-orange liqueur Aperol, topped with Prosecco and sparkling water, then served with a slice of orange and a green olive. The perfect aperitif, it’s an ideal drink to celebrate with when you don’t want to get sloshed but still want to feel merry. Join the locals in sipping on the bubbly cocktail and discussing where to go for dinner.

The national dish of Peru, ceviche is a lesson in how to cook without using heat. Diced raw fish is marinated in citrus juice – most commonly lemon, lime or grapefruit – and topped with chilli, garlic and herbs such as coriander. The citrus causes the proteins in the fish to become ‘denatured’, turning it opaque and giving it the texture of being cooked. Thought to be around 2,000 years old, this fresh, tangy food is great summer fare. 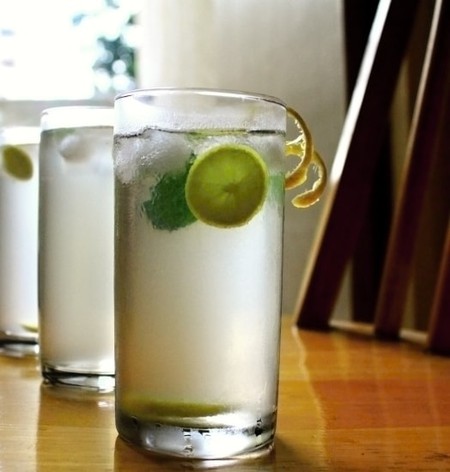 This salty-sweet lemonade is sold on every street corner in Northern India. Made with water, lemons or limes, sugar, salt, spices, mint and ice, it’s instantly refreshing and, more importantly, rehydrates the body thanks to the salt and sugar (which is lost through sweat). Nimbu pani is exactly the sort of fresh, zippy drink you want to gulp down when temperatures are high.

Often you don’t feel like eating a big meal when it’s scorching outside, even if you’re peckish. In Greece, they get around this by offering a selection of small, tasty plates that you can pick at with drinks, rather than a big serving of just one dish. The components vary, but often include olives, bread, beans, fried vegetables, grilled cheeses, stuffed vine leaves and taramosalata (a dip of fish roe blended with oil and lemon). Diners get a varied, nutritious meal that isn’t too heavy.

In Korea, when the temperature rises, no one wants to forgo their favourite noodles – but it’s too sweaty to eat them hot. Instead, noodles are served in a cold broth with ice cubes to help cool the eater down. Naengmyeon (in South Korea) or raengmyŏn (in North Korea) consists of long, thin and chewy noodles, often made of buckwheat or sweet-potato starch, cooked and cooled, with slices of Korean pear, cucumber, pickled radish, a cold-boiled egg and sliced cold beef added on top (although there are many variations of the dish). The bowl is ususally filled with chilled stock, seasoned with spicy mustard and vinegar, and finished off with ice cubes before the fillings are piled in. The ice means the whole dish stays deliciously chilled until you are finished eating. 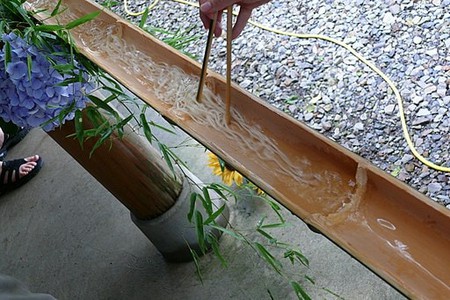 Could catch your noodles? | © tasteful_tn / Pixabay

Cold noodles also feature in Japan’s summer cuisine. Sōmen are very thin wheat noodles that are cooked and then cooled in cold water. In special restaurants in Japan, the noodles are placed in a long bamboo flume with ice water. As the noodles flow past, customers pick them out of the flume with chopsticks and dunk them in mentsuyu, a Japanese dipping sauce.