The 11 Most Stunning Indian Ocean Islands 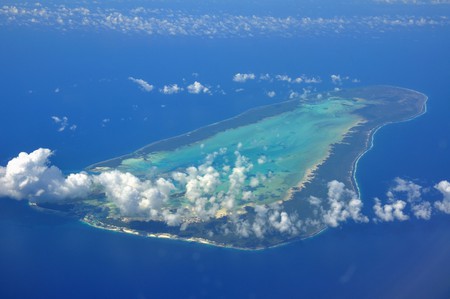 Located in the tropics, the Indian Ocean is home to numerous gorgeous islands spanning across countries and continents. Here is a select list of 11 magnificent islands that will leave you bewitched by their beauty.

An archipelago in the Bay of Bengal region of the Indian Ocean on the eastern waters of India, Andaman Islands form the northern counterpart of the Nicobar Islands. Almost 300 isles form the Andamans. They are well-known for their turquoise waters, white sands, and palm lined beaches. The Andamans have some of the most beautiful coral reefs that are remaining in the world. The location is also popular for diving and snorkelling. 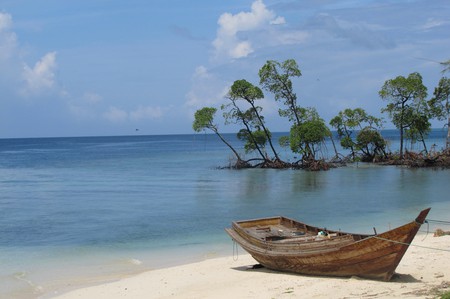 Constituting the second major group of islets on the coastline of India, Lakshadweep lies on the western side of the peninsula in the Laccadive Sea. The name Lakshadweep is derived from the Sanskrit words ‘laksha’ meaning ‘one hundred thousand’ and ‘dweep’ translating to islands. Out of the 39 islands that comprise the archipelago, only ten are inhabited. It is rich in marine life, including over 600 varieties of fish and 78 species of corals. 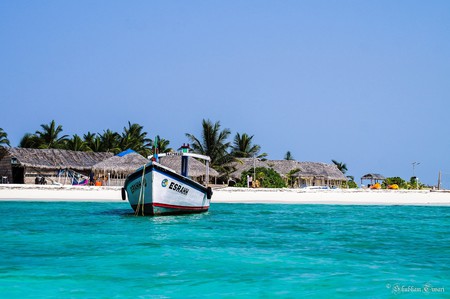 A country in its own, Seychelles is an archipelago of 115 islands, belonging to the continent of Africa. Most of the isles are deserted, with many declared as nature reserves. The society of Seychelles is predominantly matriarchal. It is growing as a tourist destination and is being promoted as a paradise for honeymooners with its alluring beaches containing azure waters and white sands. 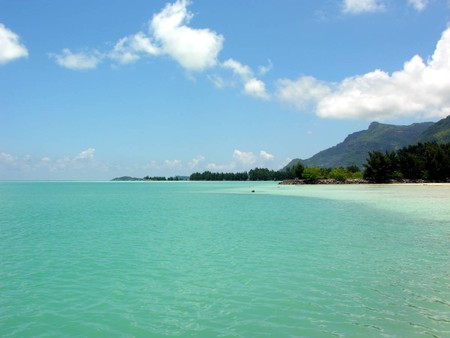 An archipelago of 104 islands, Langkawi is situated in north-western Malaysia. The islands were awarded the ‘World Geopark’ status by UNESCO in 2007. Burau Bay, Datai Bay, Pantai Cenang are some of the popular islands for tourism. Migratory birds are a famous attraction at Burau Bay; while Datai Bay has forests lining its white sand beaches. The Sky Bridge is a remarkable destination that can be reached by a cable car. 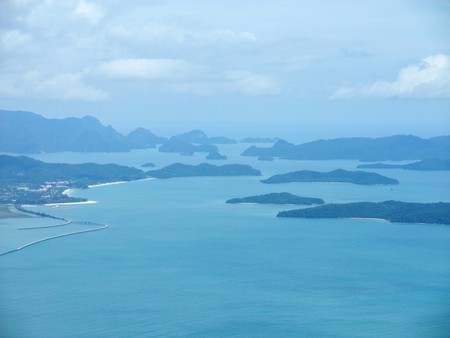 Famous for its migrating red crabs, Christmas Island belongs to Australia and lies next to Java of Indonesia. The coral reefs surrounding the isle are its other major attraction, snorkelling being one of the popular activities for tourists. The island is said to be the summit of an underwater mountain that lies submerged under its waters which rises from about 4,200 m (13,780 ft) below the sea and only about 300 m (984 ft) above it. 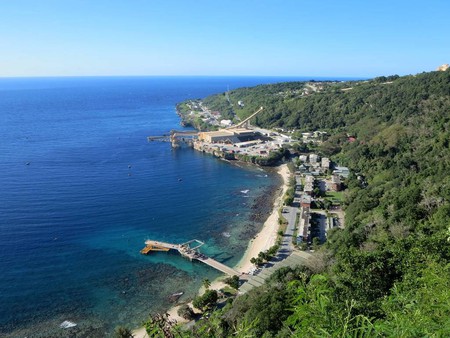 Known as the ‘Emerald Island’, this drop-shaped land is an island country in itself. The place is rich in fauna and flora, and forms one of the 25 biodiversity hot-spots in the world, including having the highest density of biodiversity in Asia. Italian explorer Marco Polo declared the place to be the “best island of its size in the world”. Sri Lanka is a holistic tourism destination, offering amazing beaches, mountains, wildlife, and art and cultural heritage. 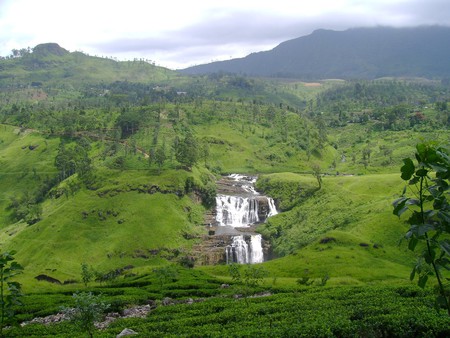 Zanzibar is an archipelago belonging to Tanzania, on the east coast of Africa. Renowned for its produce of black pepper, cinnamon, cloves, and nutmeg; it is widely known as the ‘Spice Island’. The island is emerging as a top tourist destination, with coastal tourism, terrestrial wildlife, spice tours, and cruises garnering the major appeal. The historic Stone Town is a World Heritage Site listed by UNESCO. 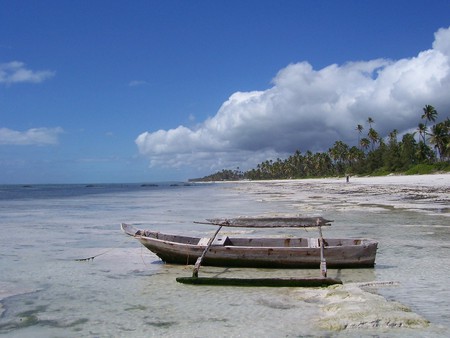 Comprising 26 ring-shaped atolls, Maldives consists of more than 1000 coral islands, known for their aquamarine waters and rich corals reefs. The dreamy beaches with placid blue-green shallow waters over pristine white sands make it a hot favourite destination for honeymooners from across the world. It is the smallest Asian country by land area and population and it has a large submarine mountain range. It is the world’s lowest country, with an average ground-level elevation of 1.5 metres (4 ft 11 in) above mean sea level. 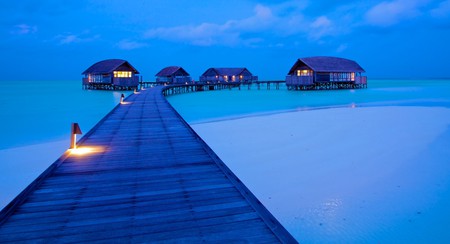 Renowned for its breathtaking beaches with cerulean waters, Phuket is a prized tourist destination among all kinds of travellers – honeymooners, backpackers, solo trippers, and families. It is also much favoured for its numerous top spas, resorts, and party scenes. Historically, the island was one of the main trading routes between India and China. Tourism forms the chief income generator for the place. It is dominated by mountains, a prime tourist draw. 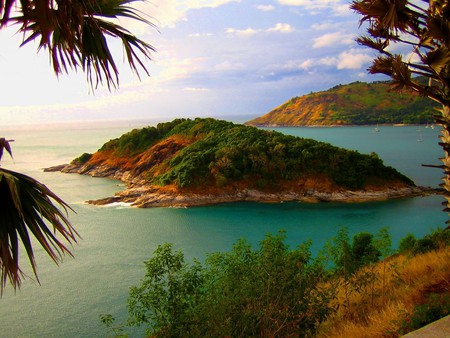 A beach lover’s paradise, Mauritius is cherished for its stunning beaches. A major tourist spot, including it being an essential honeymoon destination, it offers nature at its best in several forms. Other than beaches, it is also much sought after for its waterfalls, rainforests, hiking and wildlife trails. It also has some of the most mesmerising lagoons in the world, cordoned off by the world’s third largest coral reef. The island is enclosed by a broken ring of mountain ranges. 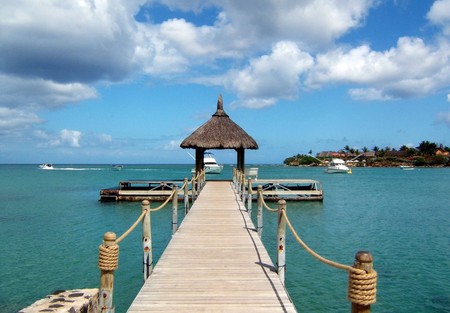 Madagascar is the fourth largest island in the world, located off the eastern coast of Africa. It contains some of the most intriguing unique species of flora and fauna, which can be attributed to the prehistoric splitting of its landmass from the Indian peninsula 88 million years ago, which allowed the evolution of its life forms in relative isolation. A biodiversity hotspot, more than 90 per cent of its wildlife is unique to itself. 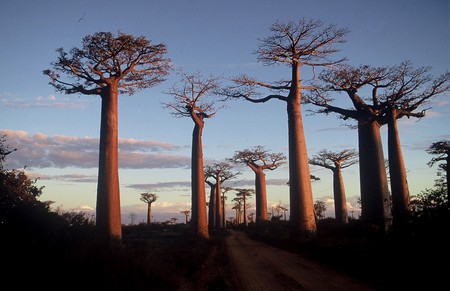 Baobab trees in Madagascar | © Larre/Wikimedia Commons
Give us feedback