Asian art, not only from India, China, Korea and Japan, but also from other more emerging art scenes in Southeast Asia, has gone from strength to strength in recent years. Major art collectors worldwide are turning their attention to the Asia-Pacific region, with many helping in its promotion and development on the global art stage. We give you our selection of ten of the most influential collectors of contemporary Asian art in Asia and beyond. 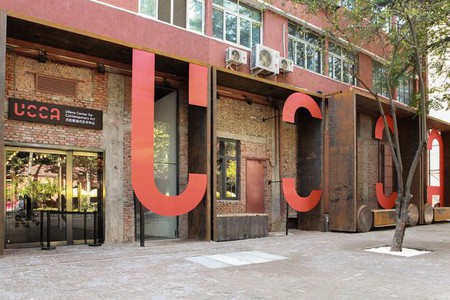 Belgian Baron and Baroness Guy and Miriam Ullens de Schooten have build one of the most extensive and comprehensive collections of Chinese contemporary art in the West. With the turn of the millennium, Baron Ullens retired from his 40 year career in his family business and dedicated his time and energy to charitable initiatives and to the planning of a non-profit art centre in Beijing, the Ullens Center for Contemporary Art (UCCA). UCCA opened in November 2007 in the heart of the city’s 798 Art Zone and today is a platform for contemporary art that allows for cross-cultural exchange between China and the rest of the world. Offering special and temporary exhibitions and educational programmes focused on China and international art, UCCA aims to stimulate the development of the arts and increasing the public’s cultural sensibilities. Baron Ullens announced in 2011 that he would hand over the institution to long-term partners and sell, in stages, his collection of Chinese contemporary art, in order to start collecting young artists, with a focus on India. 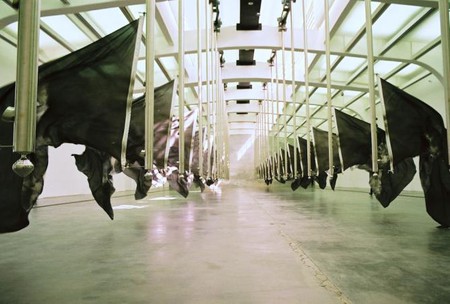 Although media executive Dr Uli Sigg has recently donated his entire collection to Hong Kong’s M+ museum, he is nevertheless one of the most influential collectors of Chinese contemporary art in the West. He is renowned for having amassed the most extensive and important collection of art from China, boasting 1510 pieces of Chinese art from the 1970s to the present. Dr Sigg spent many years working with China, including an ambassadorship in Beijing between 1995 and 1999, which was a pivotal period for his involvement in China’s contemporary art world. In 1998, he established the now prestigious Chinese Contemporary Art Award (CCAA), which honours artists and critics for their achievements and in 2008 awarded the Lifetime Achievement to Ai Weiwei. The Sigg Collection includes influential avant-garde artists such as Fang Lijun and Zhang Xiaogang, as well as works by the new generations. Ranging from painting, sculpture and photography, to video and installation, the collection offers a comprehensive historical perspective of Chinese contemporary art. 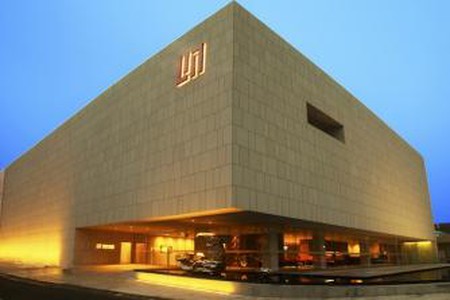 Chinese billionaire couple Liu Yiqian and his wife Wang Wei are world-renowned collectors whose collection includes traditional Chinese art, modern and contemporary Chinese art, as well as contemporary art from Asia and Europe. The couple founded the Long Museum in Shanghai, which now boasts two locations in the metropolis. The first venue, the Long Museum Pudong, opened in December 2012, while the Long Museum West Bund launched in March 2014, with an exhibition of more than 300 works of traditional, modern and contemporary Chinese art. Based on the couple’s private collection, the Museum holds exhibitions, promotes research, organises educational programmes and collects art. The private institution has, among its academic advisors, Li Xianting, an eminent art critic, Chen Lusheng, Vice Director of the National Museum of China, Wang Huangsheng, the Director of the Art Museum of China Central Academy of Fine Arts (CAFA Museum) and Lu Peng, an important contemporary art historian. 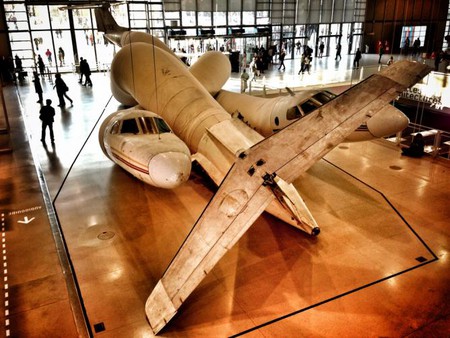 Chinese-Indonesian entrepreneur, philanthropist and collector Budi Tek amassed a fortune in the food industry, which he started to dedicate to the building of an art collection about 10 years ago. Initially, his collection focused on Chinese contemporary painting from the 1980s and 1990s, to later include artworks in a variety of media and influential artists from China, such as Ai Weiwei and Zhang Xiaogang. He also collected Western names, like Maurizio Cattelan and Adel Abdessemed, and emerging artists. In 2011, he was eighth in Art&Auction’s Top 10 most influential figures in the art world and has been among ArtReview’s Power 100 since 2012 for his contributions to contemporary art. Tek has lent his collection to be exhibited worldwide in several occasions and has initiated links with MoMA in New York and the Tate Modern in London, where he is a member of the Asia-Pacific acquisitions committee. In 2008, he opened the Yuz Museum in Jakarta, which launched a second venue in Shanghai’s Xuhui district this year. 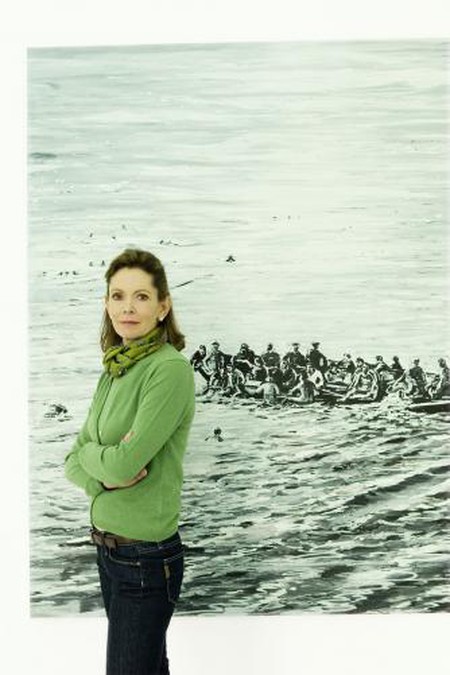 Natives of, Switzerland, Monique and Max Burger have been based in Hong Kong since 2005. They started collecting contemporary art in the 1990s, encompassing international artists from Europe, the United States, India and Asia. The Burger Collection now holds more than 1000 works by some 300 artists. Recently, the Collection has embarked on a curatorial project, which has been held in different art regions in collaboration with local institutions and individuals and has created site-specific works within and beyond the collection. The Collection launched exhibitions in 2009 in Berlin and 2013 in Hong Kong, aiming to reach a wider audience. Works of the Collection have been lent to important institutions, including Munich’s Pinakothek der Moderne, the Singapore Art Museum, Centre d’Art Contemporain in Lyon, and the São Paulo Biennial. Burger Collection also engages in arts patronage and has helped in the realisation of outstanding endeavours such as Urs Fischer’s 2009 exhibition at New York’s New Museum. The Collection is a patron of Asia Art Archive and Para/Site in Hong Kong, KHOJ Alternative Space in India, Kunsthalle Zurich, Hong Kong Museum of Art, C&G Artpartment, Hong Kong, and Asia Society (HK and NY). www.burgercollection.org 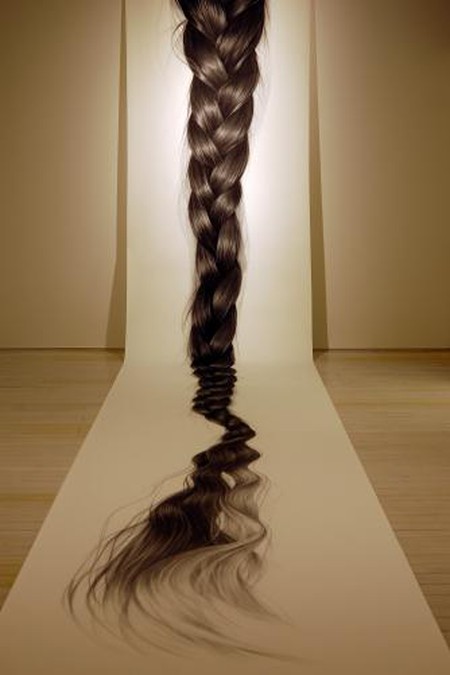 Sydney’s Kerr and Judith Neilson own one of the most significant Chinese contemporary art collections in the world. In 2009, they established the White Rabbit Gallery to house and exhibit their extensive collection spanning China’s 21st century art. Judith Neilson has since 2001 made regular trips to China and Taiwan to acquire new works for the Collection, which by early 2014 included almost 1000 works by more than 350 artists, including names like Miao Xiaochun, Li Wei, Wang Qingsong, Gonkar Gyatso and Xu Zhen, among others. The Gallery, located in a 1940s Rolls Royce depot, holds two exhibitions a year and also houses a Library, with an extensive collection of publications on Chinese contemporary art, such as exhibition catalogues, artist biographies, art history books, surveys and a variety of periodicals in English and Chinese, with translations. The White Rabbit Gallery is a registered charitable institution solely funded by the philanthropic Neilson Foundation.

American-Chinese investment professional Richard Chang founded the Domus Collection in 2008, based in New York and Beijing. Since 2010, he has been listed in ArtReview’s Power 100 as one of the key collectors of Western and Asian art and a key broker of ties between the two artistic communities, both personally and through his involvement with institutions. Chang is a trustee of the Royal Academy in London and MOMA PS1 and the Whitney in New York, where he is also co-founder and chair of the Performance Committee. In addition he is a an executive committee member of the International Council of Tate and a member the museum’s Asia Pacific Acquisition Committee. Chang also sponsors and facilitates exhibitions and special projects, such as Beijing-based artist Huang Ran’s feature film The Administration of Glory selected for the Palme d’Or at Cannes in 2014, and Pipilotti Rist’s first China exhibition at the Times Museum in Guangzhou. Through his personal and constant contribution to the global art world, Chang formed the vision for his collection around the idea of establishing a cross-cultural dialogue, as contemporary art is increasingly embraced by more and more people around the world. 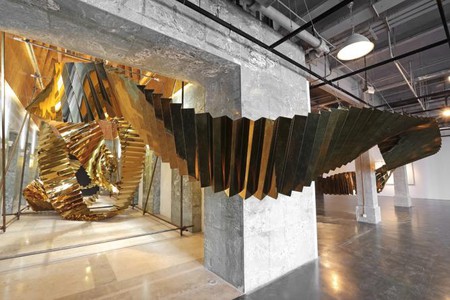 Dominique and Sylvain Levy are pioneers in the virtual management and display of their private collection, known as the DSL Collection. Founded in 2005, the collection has a museum approach, providing opportunities to share the art with the public at all levels. Primarily focusing on Chinese contemporary art, it includes, at all times, 110 Chinese avant-garde artists. The art might change over time as the collection evolves and transforms, through selling old and acquiring new artworks, which are always kept at around 160. This innovative aspect means the collection evolves with the development of China’s contemporary art and is open to constant redefinition. The evolving element is coupled with the public virtual presentation of the collection through their online portal, where all the artists and artworks are searchable along with temporary online curated exhibitions of the collection and essays, texts and interviews with the artists. Although the collection is not extensive compared to others, it is nonetheless a seminal one in that it has embraced the age of technology and social media in which we live today. In addition to the website, DSL also publishes free downloadable e-books of the collection. 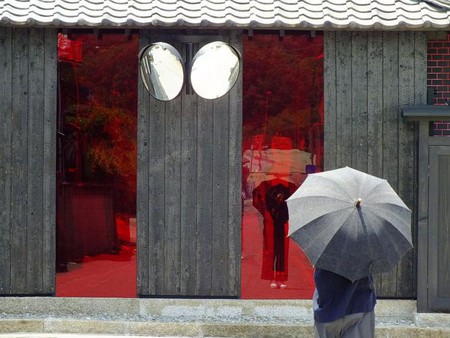 Japanese collector and philanthropist Shoichiro Fukutake was among ArtNews’ Top 200 Collectors in 2012. He is the Director and Chairman of Benesse Holdings, a corporation through which he also supports arts and culture activities with the help of the Fututake Foundation under the collective name of Benesse Art Site Naoshima. The Art Site is concentrated on the islands of Naoshima, Teshima, and Inujima in the Seto Inland Sea. In 1992, Fukutake opened the Benesse House Museum designed by renowned architect Tadao Ando. In 2004, with his own personal funding, he established the Naoshima Fututake Art Museum Foundation, assisted with the opening of the Chichu Museum and in 2010 the Lee Ufan Museum. Thanks to his philanthropic interventions and passion for collecting contemporary art, Naoshima has become a contemporary art mecca recognised worldwide. This in turn has led to the launch of the Setouchi Art Festival (now Setouchi Triennale) in 2010, which presented Japanese and international contemporary artists and was co-organised by seven organisations from around Asia in its 2013 edition. Many of the site-specific installations featured at the event subsequently remained as permanent features.

Hong Kong collector Alan Lau is one of the growing number of young Asian (and non) collectors taking hold in the international art world. In his mid-thirties, Lau is passionate collector of both Asian and Western art and has been participating in talks and conferences, such as at Art Basel Hong Kong in 2013. Lau is also a member of the Asia-Pacific Acquisitions Committee at the Tate in London, a position that makes him one of the most influential Asian art collectors today. He is also a member of the board at non-profit art space Para Site in Hong Kong and supported Xu Bing’s Forest project in Hong Kong. In 2013, he was also the first Hong Kong collector to donate a major work of art to Hong Kong’s M+ museum, the performance Guards Kissing by Turner Prize nominee Tino Sehgal. Lau started collecting about eight years ago and the first work he acquired was by Tsang Tsou Choi or the ‘King of Kowloon’. His collection includes names like Nam June Paik, Ai Weiwei, Cao Fei, Lee Kit, Tsang Kin-Wah, Kwan Sheung Chi, Chow Chun Fai, Tozer Pak and Olafur Eliasson, among others.