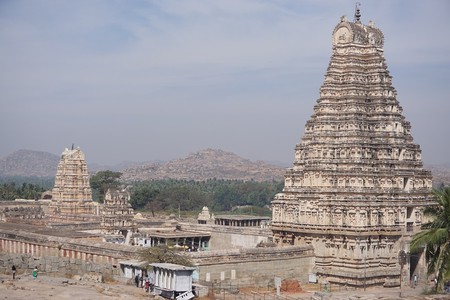 The fascinating culture, rich history and incredible architecture found exclusively in South of India is often overshadowed by its beaches and backwaters. The lesser-travelled states of Tamil Nadu, Karnataka, Andhra Pradesh and Telangana are home to some of the most stunning temples and sacred religious sites found in the whole of India and are often where the locals go to experience beauty in its purest form. Here are 10 of the most beautiful temples that every traveller to South India needs to see.

Hampi is a dream destination in its own right and with the added advantage of visiting the remarkable Virupaksha Temple, it should be on every traveller’s South India bucket list. Arguably the oldest functioning temple in the whole of India, Virupaksha, a temple dedicated to Hindu god, Lord Shiva, was recently declared a UNESCO World Heritage Site. It is an important pilgrimage site for Hindus and contains a sacred sanctum, a shiva lingam (a sacred stone), said to change colour three times a day.

Andhra Pradesh is not a state that appears on many travellers’ itineraries, which is a shame because it is full of hidden gems, such as the Sri Venkateswara Temple. This temple is dedicated to an incarnation of the Hindu god, Vishnu and is reportedly the richest temple in the world in terms of donations received. It is one of the most visited religious sites in India and clocks in anywhere between 50,000 and 100,000 pilgrims daily. 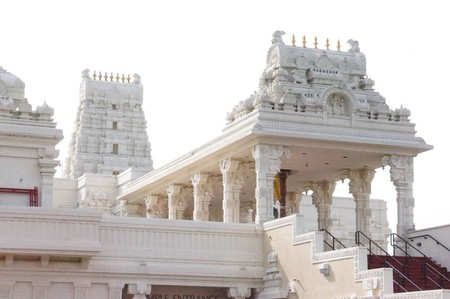 Kerala’s culture is made up of a mixture of influences from other parts of India as well as abroad and this manifests itself in a range of fascinating ways. Kerala’s temples and churches are particularly unique in this regard. The Sree Parassinikadavu Muthappan Temple is a Hindu temple that attracts visitors from all religions and provides free meals and accommodation. Interestingly, dogs are considered sacred here, unlike in most other places.

Seeing the Meenakshi Temple for the first time is really a ‘wow’ moment. The temple is architecturally stunning and nothing short of a marvel. It’s quite big and just a walk around its parameters is worth visiting Madurai alone. Although you can find images of many main Hindu deities in and around the temple, it is mostly dedicated to the Hindu goddess, Parvati and is a major pilgrimage site for devotees of Parvati and Shiva, her husband. 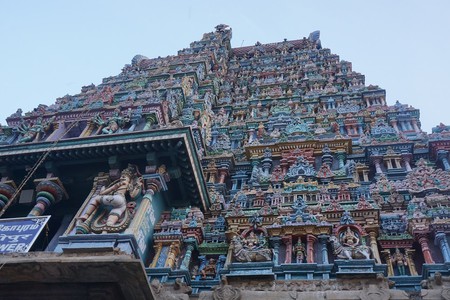 Another temple dedicated to a Hindu goddess, the Gnana Saraswati Temple is located in India’s newest state, Telangana. There are only two temples dedicated to Goddess Saraswati in India, the other situated in India’s most northern state, Jammu and Kashmir. A special pooja (prayers) ceremony for children takes place at this temple and many children are brought here before they begin school for blessings.

Home to nearly 5,000 monks and nuns, the Namdroling Monastery is the largest teaching centre of the Nyingma lineage of Tibetan Buddhism in the world. The monastery stands within a large settlement of Tibetan refugees and has often been visited by Tibet’s spiritual leader, the Dalai Lama. 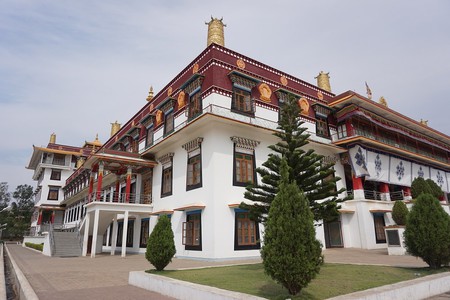 Located in the UNESCO temple site of Thanjavur, the Brihadishwara Temple is a prime example of Tamil architecture. Thanjavur is an important centre of South Indian religion, art and architecture and it is one of the most important and most visited historical sites in the country. Reaching a height of 63 metres, it is the tallest temple building in India and is dedicated to Hindu god, Shiva. 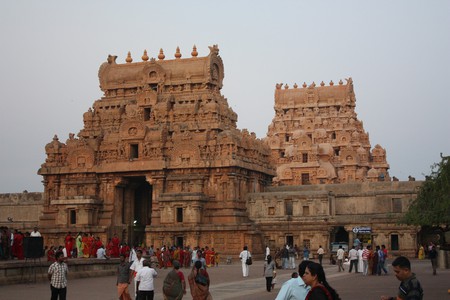 Dedicated to the worshiping of Hindu god, Vishnu, this temple in Srirangam covers an impressive 6,31,000 square metres and contains seven towers representing the seven elements believed to make up the human body. The temple celebrates a number of large festivals throughout the year, including the most important festival, Ekadasi, which is celebrated for a full 21 days from December to January. 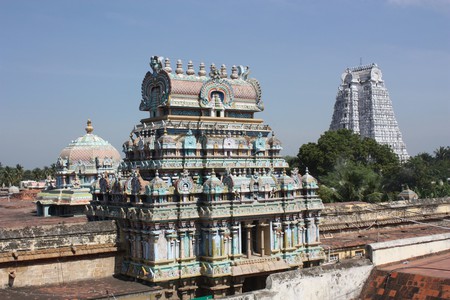 The Padmanabhaswamy Temple in Thiruvananthapuram (or Trivandrum) is a fusion of Keralan and Tamil design. It is famous for having a secret vault that allegedly no human can open. Visitors to the temple should note that only Hindus are permitted inside the temple and are expected to follow a strict dress code. 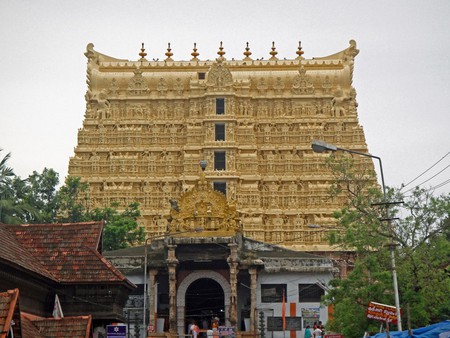 Another hidden gem in Tamil Nadu is the Thanumalayan Temple, an all-white work of art dedicated to the three main Hindu gods, Lord Shiva, Lord Vishnu and Lord Brahma, in a single form called Sthanumalayan. The temple is famous for being hand-carved from stone and houses one of the tallest statues of Lord Hanuman in India.