The Rise Of Fundamentalist Madrassas In Northern Afghanistan 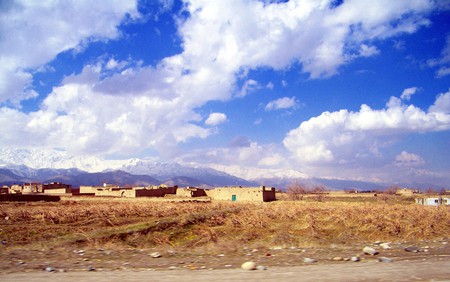 Once a Taliban stronghold, Kunduz in Northern Afghanistan is home to approximately 300,000 people. After years of gender inequality, it is now common for women to go to work, attend university, and study without their fathers or husbands by their sides. But recently, this freedom has been threatened by the opening of fundamentalist madrassas: religious private schools, set up specifically for the strict teaching of the Quran to young girls. The introduction of such schools is becoming increasingly popular in many Muslim communities and is accompanied by increasing worry.

The Al Jazeera special series covers the rise of fundamentalist schools in Kunduz which impose an even stricter teaching of the Quran than the Taliban. The documentary interviews a number of girls inside the school, as well as teachers and outsiders looking in.

The Idea Behind the Madrassa

The idea behind the madrassas is to fully absorb the young girls into the culture of the Islamic faith. The schools are set up and run by male teachers, but they must never come into contact with the girls. The male teachers may not be present in the school yard. In lessons, the girls are taught from behind a curtain and resist face-to-face contact. In Kunduz, the Ashraf-ul Madares madrassa is run by a group of men that were taught by the leaders of the central Mosque. One of them recently took one of the girls as his second wife.

There are two separate sections of the schools — one for younger girls and one for girls 12 and older. The schools require the students to drop out of mainstream education entirely, so that they can fully commit to their religious education. They drop studies of math, science, literacy, sociology, and other subjects and devote themselves to the teachings of the Quran, as it is believed no other education is required. The girls attend school from 6:30am to 4:30pm everyday and, over the duration of their education, memorize all 30 sections of the Quran. Waheeda, 12, at the Ashraf-ul Madares in Kunduz, explains when she grows up, she wants to be a Quran memorizer. She says it is the “wish of all Muslim girls to learn the Quran.” 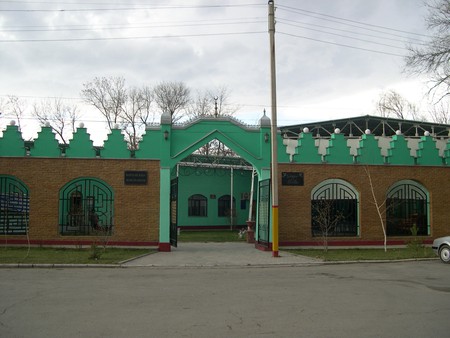 The Teachings of the Madrassa

The schools teach pupils to become dedicated Muslims, encouraging certain behavioral practices. For instance, it is understood that dancing is entirely forbidden, as is listening to music; songs can ‘encourage people to get into passionate circumstances.’ Ballet is considered a sinful practice, as it demonstrates a woman’s beauty. Islamic extremists often say that to dance is to seduce. The madrassas also educate the girls in acceptable clothing standards for women and distinctly emphasize the importance of the hijab. Islam teaches that women who wear the hijab are protected from corruption and immoral behavior. All girls that attend the schools must cover their entire faces as well as their hands and feet and should ideally wear a mesh gauze over their eyes as well.

The Quran teaches the specific roles and responsibilities of women. The girls of the school state their ‘view is that man is the boss and woman is his employee.’ They distinctly oppose Western ideals of the women working hard in order to be seen as equal to men. The schools also encourage the children to respect their parents, though if such a case arose in which the parents defy the word of God, then the children must obey the word of God over the word of their parents.

The Threat of the Madrassa

Fear comes from the fact that girls are only being educated through Islamic teachings. They are being kept completely in the dark about anything outside of this sphere; most girls maintain a low literacy level, only learning enough grammar to read the Quran. Muslim communities outside of the madrassas witness the significant changes in the girls’ behavior after only a few months of teaching. The students are taught that the curriculum of non-religious state schools is only useful for this world but is useless for the world after, whereas religious school equips them for both.

Although many wish to speak out against these schools, it is not advised. As the clerics of the strictly Islamic madrassas look to spread the concept further across the country, anyone in opposition faces the risk of death. As the current generation of women in attendance at these schools become mothers, it is likely to become an increasingly normative practice to send children to the madrassas. Nahida Asefi, the provincial Chief of Women’s Affairs in Kunduz, stresses how ordinary schools adequately provide the girls with religious classes as well as other general classes. Women outside of the schools are fearful of what the exclusion of girls from ordinary school means for women and the oppression of women in the public sphere.