Restrepo follows the experience of American soldiers deployed to Afghanistan’s Korengal Valley. Produced and directed by two embedded photojournalists, the film unflinchingly examines ideas of courage and humanity as the soldiers cope with life and death in Afghanistan’s most dangerous valley.

Restrepo, which won both an Emmy and a Sundance Film Festival Award, is a feature-length documentary following the deployment of American soldiers in the Korengal Valley of Afghanistan. The soldiers are sent to a small remote outpost, considered to be one of the most dangerous spots for the US military. The outpost was named after one of the soldiers’ good friends, the platoon medic Juan “Doc” Restrepo, who was killed in action some months before filming started. Restrepo’s death looms large for the rest of his platoon, who face their own mortality as the documentary progresses.

Death is part of the everyday realit of these soldiers. For an entire year, photojournalists and filmmakers Sebastian Junger and Tim Hetherington lived alongside the soldiers, the cameras never leaving the field. What they captured was unlike any other war footage ever filmed.

War through a soldier’s eyes

The war in Afghanistan is, in some senses, old news. Everyone has seen images, read and heard stories of the human cost of the war. The war itself has been the focus of many geopolitical debates over the last decade. However, a very important element has often been missing in the various discussions; the voice of the soldiers themselves.

Junger and Hetherington took a different approach. Declining to interview anyone who wasn’t billeted to Restrepo, the documentary eschews commentary from generals, or political pundits, or even the soldiers’ families; the only voices heard are those of the young men. This is a film about war seen through the eyes of US military men, without any commentary. It is up to the viewer then to interpret the film and to draw his or her own conclusions.

In focusing entirely on the platoon, the film realistically captures the experience of war, fear, but also boredom, through the eyes of the platoon of US soldiers. Their lives and experiences are made our lives during the entirety of the film. They live, fight, and die far away from home, in conditions that most Americans would not be able to relate to, let alone visualize. No matter where you stand on a political spectrum, these soldiers’ experiences are an essential reality check.

The realities of war: fear, boredom, and bravery

Described by CNN as ‘the most dangerous place in the world’, the Afghan valley is remote, sparsely populated and and peppered with Afghan fighters; for the US soldiers, there is nowhere to run. The enemy is always present, whether engaged in actual battle or not.

In this intense situation, Restrepo becomes a film about the fight against an invisible enemy, about a boredom that is impossible to leave behind, and friendships that go beyond those of peacetime. The soldiers emerge as ordinary men in an extraordinary situation: viewing their tense hearts and minds as they conduct meetings with locals, talk about their families at home and risk their lives, interspersed with interviews filmed at a later date, creates an intimacy between audience and soldiers that, when tragedy hits the platoon on camera, results in a truly shocking viewing experience. 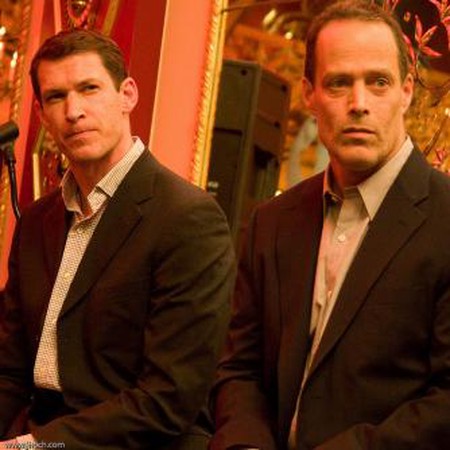 It is obvious while watching Restrepo that Junger and Hetherington are no ordinary filmmakers. Living and filming alongside the soldiers, they are as exposed and vulnerable as the troop, and endure privations that people at home may find shocking in modern warfare. Although an extreme project for both photojournalists, Restrepo was far from unprecedented in either of their extreme careers.

New York journalist Sebastian Junger found fame after the publication of his books The Perfect Storm and Fire; his latest film, Korengal, delves even further into the motivations and experiences of soldiers in the Afghan Valley. Tim Hetherington was a British-born photographer and filmmaker, who covered conflicts in Western Africa before working on Restrepo. In 2011, Hetherington was killed by gunfire while covering civil unrest in Libya.