Can Skateboarding Break Barriers and Empower Youth in Conflict Zones?

That’s the question posed by new documentary film Land of Skate, which focuses on the Skateistan initiative as it brings skateboarding to young people in Afghanistan, Cambodia and South Africa.

Skateistan is an award-winning, non-profit organisation that combines skateboarding and education. There are a number of programs such as Outreach, Back-to-School, and Youth Leadership that aim to empower young people in troubled areas with the hope that they can one day become leaders in their own right. 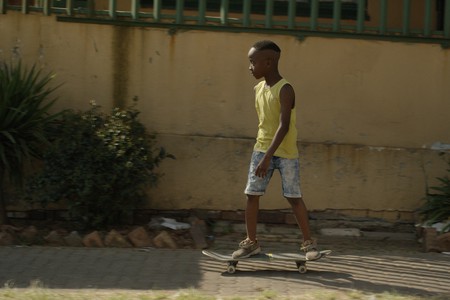 Director Ty Evans has long been associated with the world of skateboarding, having made several well-known films and documentaries around the sport.

You can watch the documentary below:

The NGO started 10 years ago in Afghanistan, before expanding to South Africa and Cambodia. As unlikely as it might seem, skateboarding has emerged as a tool for change in these countries and proved to be a great way of bringing communities together.

Shot on location, Land of Skate also captures the stunning landscapes that are often overlooked in news reports in favour of stories about war and conflict. For the first time ever, the documentary goes behind the scenes of Skateistans’s worldwide network of skate schools and introduces us to some of the 1,800 children that attend the establishments for a better education and greater opportunities. 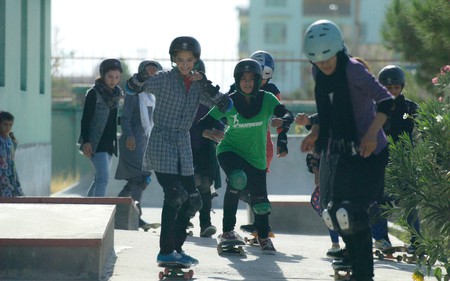 Of the student, 50% are female and 70% come from low income families. A testament to how diverse the initiative is, the schools serve over 20 ethnicities and nationalities worldwide.

Four youngsters, Latifa, Ahmed, Soso and Srey Pich, are featured in the documentary and, even though they find themselves living in difficult situations, they offer us an insight into the hope that Skateistan can give. Although the kids are from different corners of the world, they are united by skateboarding.

Land of Skate is out now, and you can find out more about Skateistan here.