14 History Books That Will Change Your Life

From period dramas to museums and re-enactments, history is a popular commodity in our cultural consciousness. There is sometimes the misconception that history is dry, boring and even irrelevant, when often it teaches us plenty about ourselves. We check out 14 history books that will change your life. 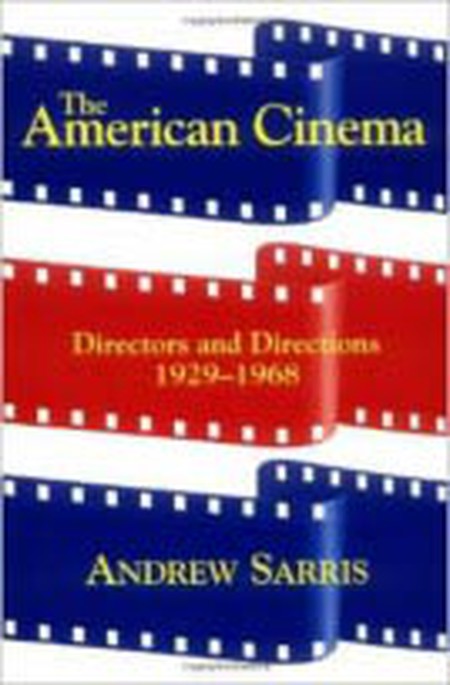 Written by renowned critic Andrew Sarris, The American Cinema was the foremost book on film criticism when it was first published in 1968 and still remains one of the most renowned books on the history of Hollywood. It is both extensive and compact, giving a good overview for those with a passing interest in cinema but with enough depth and auteur theory auteur theory for serious cinephiles and filmmakers alike.

Art in Time explores 150 of the most significant movements and styles in worldwide art-history from Greek antiquity through to the recent artistic developments of the 21st century. While this is a solid crash course in artistic styles, it is equally useful for putting these artistic movements in their historical, political and social context. Art is, and always has been, for the people, and Art In Time shows that this has always been the case.

The Ascent of Money: A Financial History of the World | Niall Ferguson

Harvard professor and well-known TV historian Niall Ferguson‘s tenth book charts the history of money, credit and banking. The Ascent of Money looks at how the use of money progressed and changed over time, and importantly, what effects it had on society. With the recent and ongoing economic crash, this book puts economic theory into a context that helps us to better understand the status of money in the world.

Bury My Heart at Wounded Knee: An Indian History of the American West | Dee Brown

Now a major motion picture, Bury My Heart at Wounded Knee is one of the most prominent works about the history of native Americans during the late 19th century. Told from the perspective of native Americans, the book particularly focuses on the years 1860-1890, a time when white Americans pushed ever westward and the Indians lost their land. An important book showing a shift from traditional Eurocentric histories of the world. 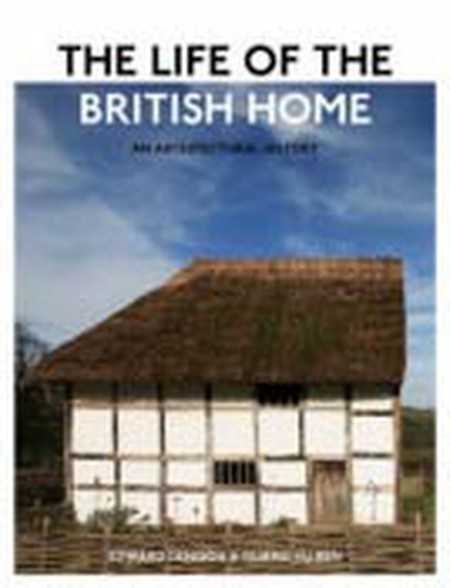 The Life of the British Home, Wiley

Life of the British Home: An Architectural History | Edward Denison

An architectural history with a difference. Where most books on architecture examine ‘great’ buildings such as churches, town halls and palaces, Life of the British Home looks mostly at the home of the common man to give an insight of how our lifestyles have changed over time. With its detailed pictures and floor plans, it often highlights that modern living isn’t necessarily so bad after all.

Lives of the Artists | Giorgio Vasari

A notable painter in Renaissance Italy, Giorgio Vasari‘s tome Lives of the Artists is regarded as being the first important and influential book on art history. Renaissance art remains as one of the most enduringly popular areas of interest in the art world. The book profiles a series of artists from the Italian Renaissance and shows both how artistic style developed over the period and tales of how the artists really lived. A must-read for fans of art, the Renaissance and celebrity. 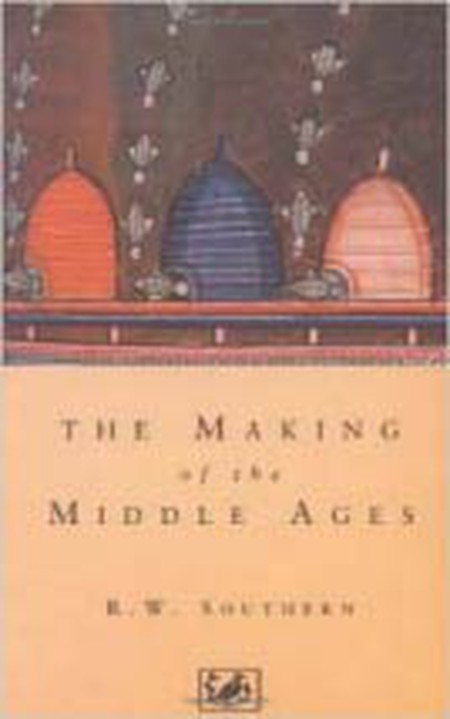 The Making of the Middle Ages, Pimlico

The Making of the Middle Ages | R. W. Southern

The Middle Ages are a period of history that is often overlooked by popular audiences. The Making of the Middle Ages inspired a new wave of interest in the period after its publication in 1993. While it covers the major events from the 10th to 13th centuries, it is the smaller, more obscure stories that enable this book to capture the imaginations of so many.

Thomson’s Biographical Dictionary of Film is a must-have for anyone with an interest in cinema. Often cited as a favorite book by film critics, the book details historical and contemporary actors, directors, producers, screenwriters and cameramen, with each new edition adding to this impressive selection. Thomson makes the film world come alive in a way that shows his real love for the medium and each of his critical essays provides insight behind the camera.

The Origin of Species | Charles Darwin

The first book that comes to mind when thinking of natural history, and possibly one of the most revolutionary books ever to have been printed, The Origin of Species was the first major work to posit the theories of natural selection and evolution. The research and detail that went into the work is remarkable and the written style allows the natural history of our world to be accessible to all.

A People’s History of the United States | Howard Zinn

Much of American history is very much written from the perspective of ‘great men’, the leaders of society. Zinn’s A People’s History of the United States is a seminal work in American social history, telling the stories of the laymen and women that have largely been ignored prior to the book’s publication. The histories explored also cast a different view upon American history as a whole, resulting in the revision of many prescribed ‘truths’ in the field. 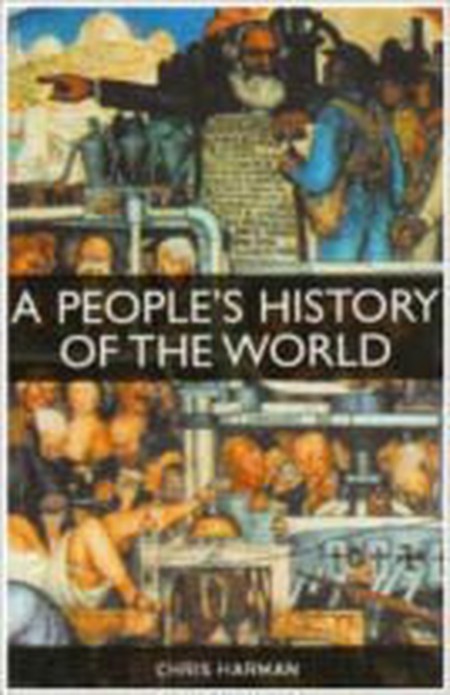 A People’s History of the World, Bookmarks

A People’s History of the World: From the Stone Age to the New Millennium | Chris Harman

Most people throughout time have not been kings, queens, or social elites. Recommended by fellow ‘history from below’ historian Howard Zinn, A People’s History of the World gives a counter-history to the usual ‘battles and dates’ style that has long dominated popular understanding of the subject. The book examines the rise and fall of different societies across the world dating back to pre-written history. Indispensable reading for those who want to know about world history and those with an interest in societal change.

Pompeii: The Life of a Roman Town | Mary Beard

In Pompeii: The Life of a Roman Town, Britain’s best known classicist Mary Beard uses ancient relics and archaeological evidence to bring life to the long-buried Roman town. The history of the city has long interested scholars and the public, but for obvious reasons has often eluded deep investigation and knowledge. Covering everything from market stalls to government, the humdrum to the thrilling, Beard gives an immersive account of life in a lost city. 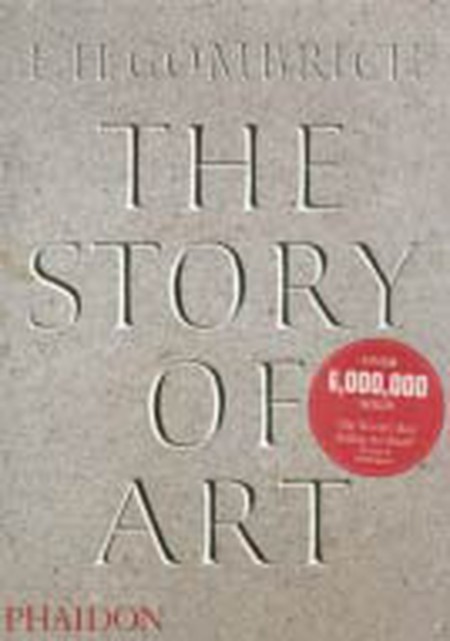 The Story of Art, Phaidon

The Story of Art | E.H. Gombrich

The Story of Art is one of the most famous and best selling books on the history of art. Gombrich‘s clear writing style and intelligent discussions on art coupled with the new edition’s redesign with 376 color and 64 black and white illustrations makes this one of the most attractive art books available. It is sure to inspire and educate even those with just a passing interest in art history.

The Rise and Fall of the Third Reich: A History of Nazi Germany | William L. Shirer

Winner of a National Book Award and a bestseller in the US and Europe, The Rise and Fall of the Third Reich tells the history of Nazi Germany like no other. Shirer gained access to secret and previously unseen documents and diaries to comprehensively tell the story of Hitler’s regime from 1920 to 1945. Having provoked much scholarly and popular debate, the book continues to enlighten readers about one of the most provocative periods in world history.