The 10 Most Beautiful Cities In Afghanistan

Afghanistan is a historically blended country, at the crossroads of multiple peoples and cultures, from the Silk Road to the Soviet invasion. Diverse due to its history, this landlocked country has some beautiful cities, full of historic monuments of cultural importance. From Jalalabad in the eastern part to Balkh in the northern part, here are Afghanistan’s most beautiful cities. 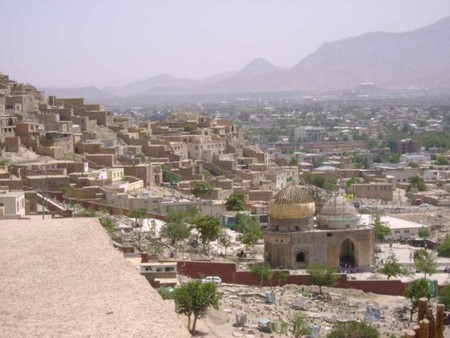 The capital of Afghanistan and the country’s largest city, Kabul has a millenary history, as it exists for more than 3,500 years. Some of the city’s attractive sites are the Abdul Rahman Mosque, the Afghan National Museum and the historic park, Gardens of Babur. The Rahman Mosque is fairly new, having been inaugurated in 2012, but it is built in traditional islamic architectural style, with 14 domes and two minarets. 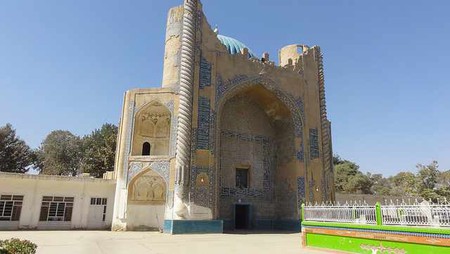 Considered one of the oldest cities in the world, Balkh in northern Afghanistan was named by the Arabs ‘The Mother of Cities.’ At the crossroads between eastern Asia and the Middle East, Balkh was heavily influenced by the Buddhist culture before the Arab invasion. The ancient ruins of the city include Buddhist constructions and fortifications evoking the old Asian culture. Other places of interest are the ruins of the Green Mosque and the Nine Domes Mosque, an exquisitely ornamented place added on the World Monuments watch list as an endangered cultural site.

Alexander the Great founded the city of Alexandria Arachosia in 329 BC, on the place of what today is known as Kandahar. Afghanistan’s second largest city is one of the oldest known human communities, with an intricate history and culture. One of the most interesting places to see in Kandahar is the Friday Mosque of Kandahar, a holy Islamic place of worship considered of utmost importance in the country. Some even call it ‘the heart of Afghanistan.’ 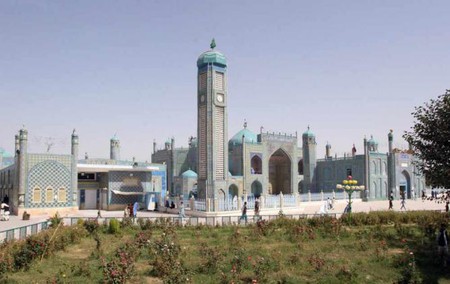 Legend says that the city of Mazar-e Sharif owes its existence to a dream based on which a shrine was built and then gradually the entire city around it. It is mostly known by tourists as the Blue Mosque City, referring to the Shrine of Hazrat Ali in the center. Mazar-e Sharif is the capital of the Balkh province and a place historically part of several civilizations, which makes it multiethnic and full of interesting contrasts. 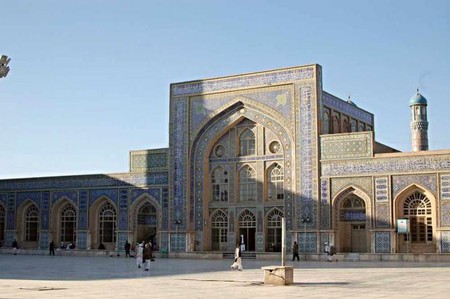 Herat is an ancient city in western Afghanistan, with several ruins and historical places of interest, such as the Herat Citadel or the Mausoleum of Queen Goharshad. The Friday Mosque has been started as early as the year 1,200 AD and was completed throughout the centuries. Today the Great Mosque complex still preserves some of its original decoration even if the majority has been replaced with newer works. Behind the main entrance there is a craftsmen’s shop where you can witness artisans at work, cutting tiles, working the mosaic and laying out the new pieces. 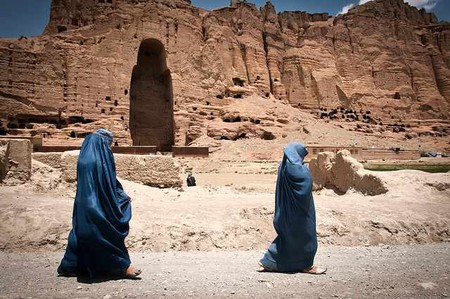 Located in central Afghanistan, Bamiyan is one of the last cities where the Buddhist expansion reached. Another culturally rich place, at the crossroads of East and West, Bamiyan’s archeology reveals a mix of Turkish, Greek, Persian, Indian and Chinese influence. Famous for the giant Buddha statues, destroyed in 2001, later discoveries in the area include a few caves with wall paintings from the 5th and 9th centuries and another giant statue, named the Reclining Buddha.

Located north of the capital Kabul, the small town of Bagram was in ancient times an important passageway of the Silk Road for merchants coming from ancient India. The earliest mentions refer to a Persian settlement, followed by the Greek-influenced city planning and further Arab rulers. As a result, the works of art found in and around the city are a mix of Hellenistic, Arab and Indian styles in what was named Greco-Buddhist art, typical for Central Asia.

Located in northern Afghanistan, the small town of Samangan used to be a medieval caravan stop. It was also part of the territories where Buddhist expansion reached around the fourth and fifth centuries. The place called Takht-e-Rustam on a hill near the town is a main example of the period’s architecture, with a mix of the Buddhist style. Every Thursday the weekly market takes place, an ancient traditional activity still preserved. Especially interesting are the craftsmen who specialize in musical instruments exhibiting their works of art.

Jalalabad, in the eastern part of the country, is considered one of the most beautiful cities in Afghanistan thanks to the large green areas and surrounding water. It was an outpost for Ahmad Shah Durrani, the founder of modern Afghanistan, who used the city during his military campaigns in India. The architecture in Jalalabad is beautiful, from the Mausoleum of King Amanullah Khan to mosques and the Nangarhar University.

Located on the northeast part of Afghanistan, Faizabad was historically remote due to bad road connections, which has helped to its local culture intact. To the present day two bazaars still function in Faizabad where they trade diverse items like cotton cloth and cutlery and provisions like tea, sugar and salt. Part of the historic architecture is in ruins, but other forts, mosques and shrines are still intact and tell the history of the region.