The World’s History in One Continent: David Day’s ‘Antarctica: A Biography’ 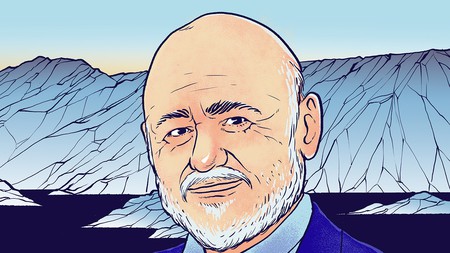 Published in 2013, Antarctica: A Biography is a new work by Australian historian David Day. Revealing the fascinating story behind Earth’s southernmost continent, Day takes readers from Captain Cook in the 1770s through to the present day, highlighting the surprising links between Antarctica and the modern history of the world’s most powerful nations. 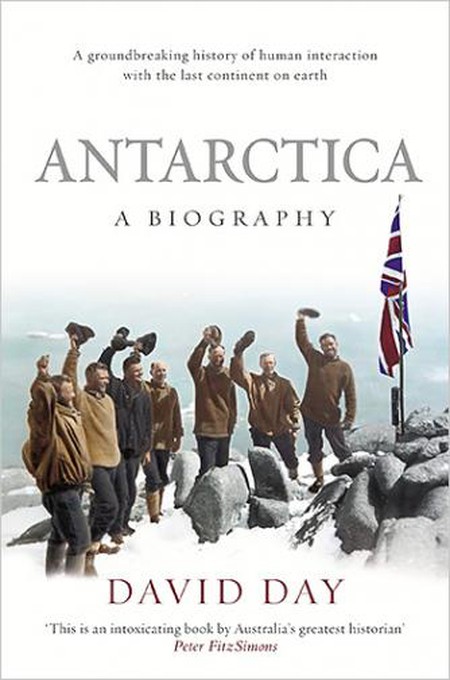 The vast continent of Antarctica is often forgotten when one thinks of human history. Undiscovered by civilisation until only 200 years ago, this enormous land mass is the only continent on Earth that has never seen war, nor has any country ever truly owned it. Despite this however, the history of Antarctica is intrinsically linked to the story of many nations, and as David Day demonstrates in his book Antarctic: A Biography, the study of this frozen place mirrors international politics throughout modern history.

Day’s account of Antarctica’s history is thorough; revealing five years of research in one book, this is no light read; however, Day’s adept writing style weaves facts, dates and names with fascinating tales of international politics, heroic endeavours and personal scandals. It is these details and Day’s accessible approach to history that makes this book hard to put down. Working through the years chronologically from the 1770s to the present day, most chapters only focus on three to four years. At first this may seem as impenetrable as Antarctica itself, however Day’s narration guides the reader from one country’s Antarctic policy to the next, creating a intricate and absorbing tale.

Antarctica: A Biography begins with Captain James Cook’s journey to find the ‘Great South Land’ in the 1770s. While on this escapade, Cook claimed Australia for Britain and mapped several Pacific islands, however he failed in actually finding the treasured continent he sought. Blocked by the tremendous weather, climate and ice, he deemed that the land mass would be of no worth to the British Empire. However word spread fast about this southern land, and the next crusader to try and conquer it was Russian naval officer Gottlieb von Bellingshausen in the 1820s, who is recorded as the first person to see the continent. This marked the start of the international race to own Antarctica: a competition that would not stop until the Antarctic Treaty of 1961, and one which is debatably still being fought. 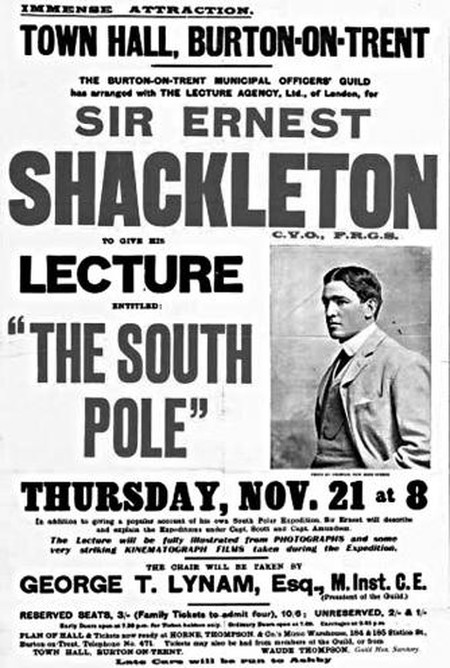 One of the most interesting aspects of Antarctica: A Biography is the way it highlights the relationship between how countries approached Antarctica and the politics of the day. For example in its early discovery days, when colonisation still representing the main method of gaining sovereignty, the challenge was to touch foot on the land, set a flag into its soil and claim it. However, as Day points out, ‘the defeat of a territory’s inhabitants usually invested the victor with the right to occupy that territory. But how was that to operate in the Antarctic where there were no people who could be demeaned and dispossessed.’ Following generations saw explorers try to conquer these fierce lands, with figures such as the America John Davis, the first to set foot on Antarctica, and the enduring race to reach the North Pole, which brought fame to Earnest Shackleton but was ultimately won by Norwegian Roald Amundsen. Over the years more and more nations were attracted to the South because of the high numbers of whales and seals that could be hunted, and with the industrial age the possibility of oil added further incentive. As technologies increased permanent stations were made on the continent, and each nation tried to secure their slice of the iced cake using scientific discoveries, arrival dates, names on maps and quantity of bases as their claim. Wars such as WWI halted the campaigns of many, while conflicts such as the Cold War fuelled the rivalry for more territory, and political tensions such as the Falkland Islands created continual friction between nations. Although there were no wars fought in Antarctica, there was indisputably an ongoing battle that was uniquely fought without military violence. 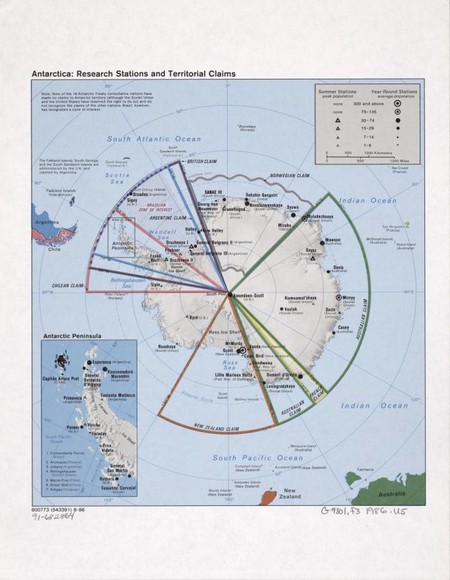 As Days highlights in Antarctica: A Biography, Antarctica’s sovereignty was split between 12 nations in 1961: seven claimant counties who ‘owned’ territories (Britain, Australia, New Zealand, Argentina, Chile, Norway and France) and five others who hold claim to using the continent although not officially owning land (United States, the Soviet Union, Japan, South Africa and Belgium). Even with this treaty however, stability has still not yet been fully reached, and the future of Antarctica remains a mystery. Despite this, the treaty has placed vital international laws over this southern continent, banning all military and mining activities in Antarctica and its surrounding water.

Today Antarctica stands as a unique ‘world park’, where science, environmental studies and peace have been stipulated to rule over military and commercial interest. However with worsening environmental conditions and undiscovered mysteries, who knows what the future will hold for the world’s southernmost continent. Antarctica: A Biography is a fascinating read that is both captivating and educational, and through it David Day has created a unique perspective of viewing history: one which flips the globe around and looks from the bottom up.