Facing horrendous winds, extreme cold and unforgiving terrain, Scott Sears will attempt to cross Antarctica, relying solely on himself and the equipment he will have with him.

Sears is about to undertake one of the toughest challenges the natural world can pose; a solo expedition to the South Pole, totally unassisted and unsupported. At 26, if Sears is successful in his expedition he will become the youngest person ever to complete the challenge, beating the current record by two years.

Sears, a lieutenant in the First Battalion Royal Gurkha Rifles, will face 1,130km in temperatures that average around -40°C and winds that’ll reach over 100mph. There will be glaciers and crevasses and, because the trip is unsupported, he’ll be dragging everything he needs on a pulk (sled) behind him. The pulk will weigh in at 100kg, filled with fuel, equipment and enough food to replace the 10,000 calories that Sears will be burning every single day.

In Antarctica, it is likely that two out of five days will be a ‘white out’, where the snow is stirred up by brutal winds and it becomes impossible to see anything beyond the end of your nose. Sears will have to rely on his GPS and harness compass to follow his course.

As part of this incredible trek, Sears is looking to raise £25,000 for the Gurkha Welfare Trust which will go towards helping to rebuild schools destroyed in the Nepalese earthquake of April 2015. Sears explained: ‘I went to Nepal and worked for Gurkha Welfare Trust, building schools and water projects. Rifleman Suraj was the last member of the platoon that I took care of to be killed in Afghanistan so his hometown is where we’ll be building the school with the money raised.’ 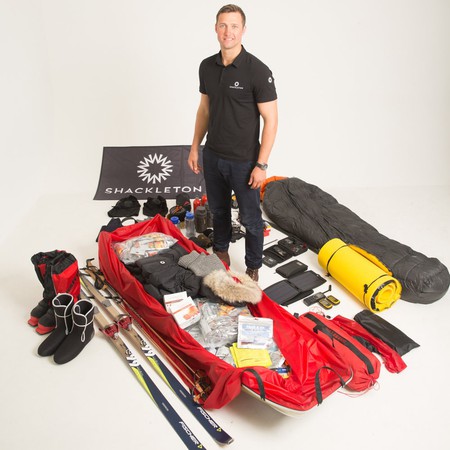 Leaving the UK on November 7 for Chile, Sears will then head to Hercules Inlet at the southern end of Antarctica’s Weddell Sea. From here, he’ll rely on a combination of walking and solo skiing to cross the Antarctic plateau. With all things going according to plan, the expedition should take 45 days before Sears reaches the South Pole, meaning he may break the record on Christmas Day.

‘The biggest danger are the crevasses,’ he said. ‘In a team you’re roped up so if you fall down a crevasse you can be pulled back out, but on your own it becomes much more difficult. I’m really excited about the expedition, it’s the reward for two years of planning. I’m obviously nervous and a bit afraid, but I’m really looking forward to it.’

Sears comes from a sporting background – his mother waterskied for South Africa, his dad was a tennis player – and grew up on the south coast of England. While at Boise State University, where he studied under a tennis scholarship, Sears discovered his love for the outdoors and mountaineering with the American Alpine Institute. Tennis gradually made way for mountaineering and, of course, his time in the army.

Sears will ski in blocks of two hours at a time for 10 hours a day. If all goes well, and conditions are ‘perfect’, Sears should be able to travel up to 25mi a day. You can follow his progress on his Instagram and live blog. 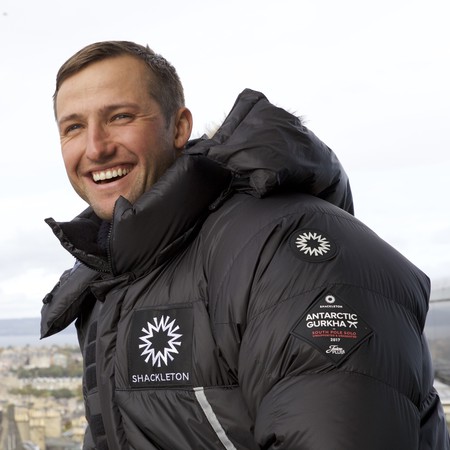 Scott ahead of the expedition | © Scott Sears
Give us feedback