Less Known but Just as Amazing, the Southern Lights Are a Sight to Behold 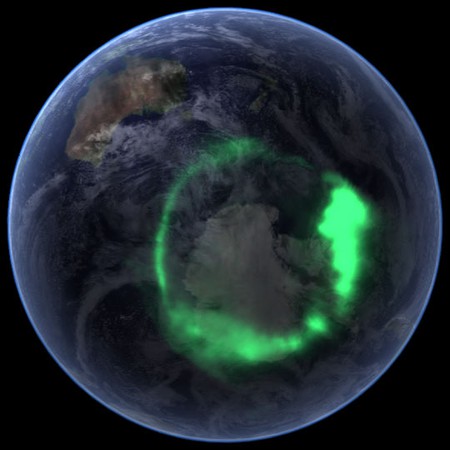 Start typing ‘where can I see’ on Google and the search engine’s autofill will suggest ‘the Northern Lights‘. As well as being one of the most popular search terms online, this natural phenomenon has spawned an entire travel industry focused on the Aurora Borealis.

But what many people don’t know, or simply forget, is that you can see the same entrancing display in the southern hemisphere too. Less known but just as amazing, the Aurora Australis is much harder to see because of geographical restrictions, but to intrepid explorers this only makes them more appealing. 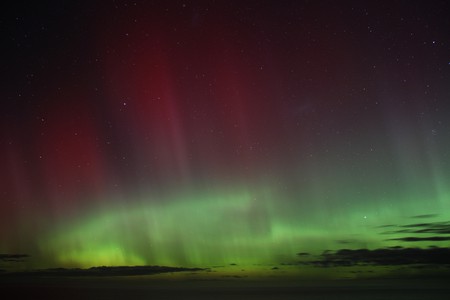 What are the Southern Lights?

Like the Aurora Borealis, the Southern Lights are caused by energetic particles in solar winds, mostly electrons, interacting with particles in the Earth’s upper atmosphere. The cascade of greens, reds, yellows and oranges that light up the night sky are the result of this interaction, in which the upper atmosphere’s oxygen and nitrogen is ionised.

The ‘dance’ that make the lights so hypnotic is caused by the influence of the Earth’s magnetic field on the charged ions, whereby the colours appear to expand, contract and shimmer. The Aurora Australis is most visible when solar winds are at their strongest, and sunspots and solar flares also play a key role.

Astronomers use the Planetarische Kennziffer, or Kp Index, to measure the strength of an aurora. The scale, also called the Planetary Index, goes from zero (weak) to nine, which indicates a major geomagnetic storm with ‘strong auroras visible’. When looking at an aurora forecast, the higher the number the better. 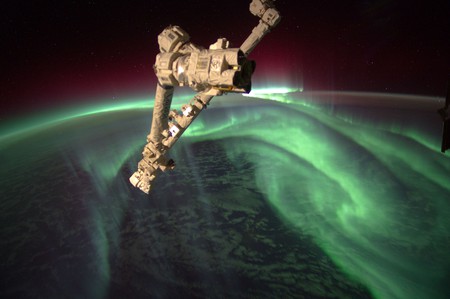 Where and when to see the Southern Lights

One of the reasons why the Southern Lights are less celebrated is because of where they are. The southern hemisphere is predominantly ocean, with less landmass from which to observe the celestial show. In the northern hemisphere you can take in the Aurora Borealis from Northern Canada, Norway, Russia, Greenland, even in the UK, but in the southern hemisphere the options are more limited and remote.

South Georgia Island, New Zealand’s Stewart Island, The Falkland Islands, 400 miles off the Argentinian coast and Ushuaia – the world’s southernmost city – are all good places to observe the Aurora Australis.

The best is undoubtedly Antarctica, and with polar tourism on the rise there are more options than ever before. Antarctica’s White Desert camp recently underwent a luxurious refurbishment, and guests will be able to sail to the Antarctic aboard the Crystal Endeavor, a new luxury megayacht debuting in August 2018. 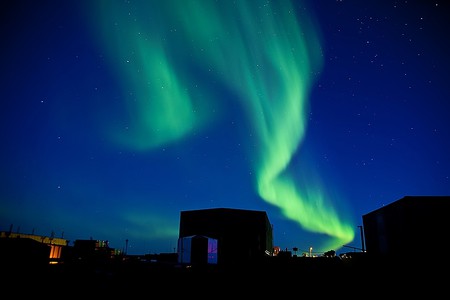 Just last week, Air New Zealand flew what is believed to be the first charter flight to the Southern Lights. The inaugural Flight to the Lights, led by Otago Museum Director Dr Ian Griffin left from Dunedin, New Zealand on Thursday night before returning to the same spot on Friday morning. Passengers describe being awestruck by the display.

‘Nobody has ever really done that before. This was a world first. People have done it in the northern hemisphere,’ Griffin told the BBC. ‘The aurora doesn’t just appear in specific locations, it can move around a bit, and we were trying to chase it across the Southern Ocean, which was quite fun.’