12 Films To Give You The Travel Bug

Watching films is often an exercise in pure escapism. Conversely, they can also make us want to engage with and see more of the world. Movies are a window to parts of the world that would otherwise be difficult to see, and can leave viewers looking to book their next flight out of town. With stunning cinematography and insights into local culture, here are 12 films that will fill you with wanderlust.

Wes Anderson films are always very stylized, and in The Darjeeling Limited he presents a version of India that is both true to the subcontinent and at the same time very much a Wes Anderson vision. Here, we follow three brothers as they travel and bond following the death of their father. From temples and bazaars to remote villages and nunneries, the film showcases many of the different areas and lifestyles within India, and the journeys taken on the train and motorcycle provide a panoramic take on the country.

Following in the footsteps of their heroes, 180° South is a documentary charting the journey of Jeff Johnson and his friends as they travel south from Ventura, California to Patagonia, Chile. This trip emulates the one taken by Yvon Chouinard and Doug Tompkins in 1968. Instead of a van, Johnson and co make most of their journey by sea. There is a focus on conservationism in the film, with the group of friends witnessing the industrial impact on South America in addition to their more adrenaline pumping activities. A travelogue that makes you think. 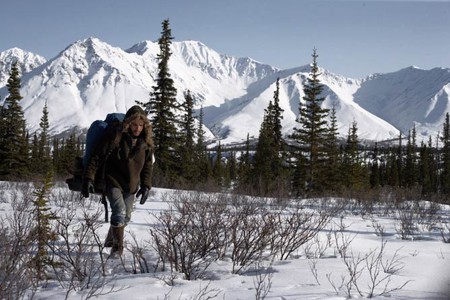 Into The Wild | © Paramount Vantage

The true story of Christopher McCandleless, a student who leaves everything after graduation to travel to Alaska and live in the wilderness. Along the way, he encounters a number of interesting characters who open his eyes to different aspects of the world, before being plunged into isolation. Into The Wild, which is written and directed by Sean Penn, is a film that succeeds both as a character study and a study of the wider world. In the end, it shows just how grand the natural world is and how fragile we are within it.

Before Boyhood, Richard Linklater had already embarked on a project spanning over a decade. The trilogy of Before Sunrise, Before Sunset, and Before Midnight charted the lives and relationship between Jesse (Ethan Hawke) and Celine (Julia Delpy). The films are all shot on location around Europe, namely Vienna, Paris and Greece. The film’s dialogue and subject matter is, in true Linklater style, incredibly naturalistic. Similarly, Europe is presented in a way that makes it feel very real, with viewers being given a local take on the different locations. For Europhiles. 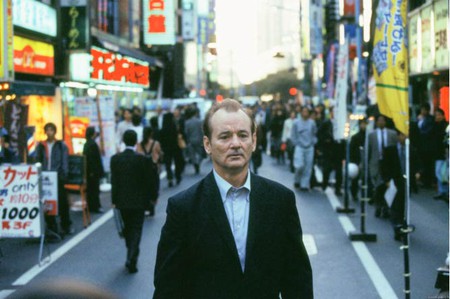 Sofia Coppola‘s Lost In Translation is a point of reference for most people that travel to the Far East. Japan’s cityscapes are framed attractively, providing a contrast with the loneliness that both Bill Murray and Scarlett Johansson’s characters feel. The film shows the subtle and sometimes glaring cultural differences between Japanese and American society, and indeed how lost this can make you feel. For those who want to see the world, few films truly encapsulate the wonder, excitement and puzzlement that goes along with being somewhere so different to your home.

Sometimes it takes a look at the very ends of the earth to make you realize just how little you have seen and drive you to get out there. Werner Herzog‘s Encounters At The End Of The World visits the McMurdo Station in Antarctica and offers a wry observation of the beautiful and challenging landscape and an insight into the characters that are living there. The film showcases what is possible in terms of scientific research in this barren land and thus why these people are willing to reside in such a challenging environment. Beauty in isolation. 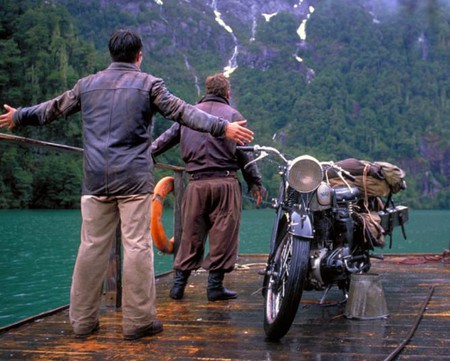 A dramatic take on the trip taken by 23-year-old Ernesto Guevara before he became the revolutionary known better as Che Guevara. The Motorcycle Diaries details his travels across South America from Argentina to Peru. This journey would be the turning point that influenced Guevara’s future political views due to the poverty and inequality that he witnessed. In spite of this, the film succeeds in framing South America’s natural beauty, notably the Andes, Machu Picchu, the Peruvian Amazon and the Atacama Desert. A contrast between beauty and destruction.

This was the first ever film to be shot solely using aerial footage. The main driving force of the film is to show what modern society is doing to the environment and how various problems are interlinked. The narration provides facts and figures and various observations to accompany the imagery. While this can be heavy-handed at times, the real draw of the film is the cinematography, with Home‘s aerial footage being taken from some 54 countries, and beyond, to give a view of the world as never before.

Last Stop For Paul has gained recognition for its loose, largely improvised dialogue and its achievement in having no formal crew or casting. Two friends set off to scatter their friend’s ashes across the world, ending with a Full Moon party in Thailand. This is a film about life, death and traveling the world. In addition to showcasing some breathtaking scenery and experiences, there is some inspiration here for traveling across the globe on a budget and how much you can see in two weeks. 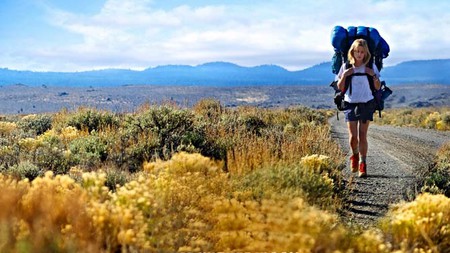 The final and most recent film on our list is Wild, a biopic based on Cheryl Strayed’s book of the same name. After the death of her mother, dissolution of her marriage and general downwards spiral, Strayed (Reese Witherspoon) embarks on a 1,100 mile solo hike along the Pacific Crest Trail. She had no training prior to doing this, so Strayed’s journey shows just how far sheer willpower can take you. More than just a tale of clichéd self-discovery, Wild shows how much we can achieve and how much perspective we can gain by taking ourselves out of our everyday lives.

This documentary follows former HBO producer Brook Silva-Braga who quits his high-powered job to travel the world for a year. When traveling, every day is a Saturday, and A Map For Saturday shows how much you can make from your Saturday, or any day, if you get out there. Silva-Braga travels through 26 countries and four continents during his year long travel. In meeting an array of different travelers and inhabitants, the film-maker showcases the variety of emotions and experiences that come with global travel.

A meditative film on the dynamic nature of the world. Impressively shot over nearly five years, 25 countries and five continents, Samsara is a documentary which focuses on the wonders of the world, from the mundane to the miraculous. It builds on themes from director Ron Fricke‘s previous film Baraka, including differences across human life and religion, though this time adding further natural elements, with disaster zones, industrial complexes and natural wonders being visited. The astonishing visuals have produced a spiritual response among many viewers.