10 Rules for Traveling in Antarctica 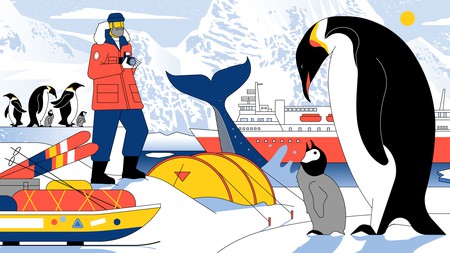 If you’re looking for a unique travel destination, Antarctica is pretty high on the list. Despite being one of the coldest places on earth, the resilient wildlife makes it a great place for nature-watching. However, Antarctica is considered one of the most pristine landscapes in the world and is used mainly as a center for scientific research. As such, when visiting the South Pole, there are some very strict rules.

No walking on lichen

When people imagine Antarctica, it’s mostly endless snow with the occasional flash of the black underlying rock. But plants do grow in Antarctica – several types of grass, moss and lichen. As you can imagine, they take a long time to grow, what with the six months of perpetual darkness and temperatures that even in summer can plunge below -20 degrees Celsius. Do not step on them, and stick to the snow instead. That lichen might not look like much, but it is vital to Antarctica’s ecosystem. 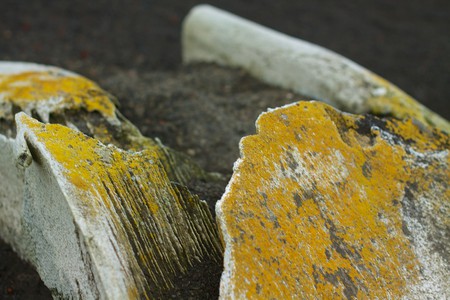 Speaking of Antarctica’s ecosystem, it’s pretty fragile. Humankind has tried over the years to protect it but sadly, human error has meant that there are a number of non-native species in Antarctica. Most of these are plant species (roughly 121 including fungi), but somehow people have also introduced 72 invertebrates, eight mammals and three bird species. Now, there are even worms in Antarctica. To make sure more is not accidentally added to this list, there are some very strict hygiene rules. Everything you take must be thoroughly washed, decontaminated, and inspected every day (Velcro, apparently, is a favorite hiding spot for plants) and they’ll even hoover you just to be completely sure you’re not carrying even the tiniest of seeds. 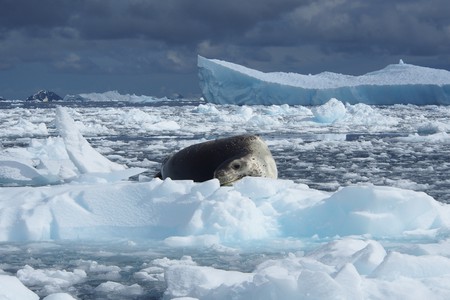 Penguins can find their own way home

Most of the animal-watching rules are pretty straightforward: keep your very specified distance (no seriously, there are specific distances for specific animals), be quiet, and don’t feed them. You’re also not meant to ‘chum’ birds – to attract them over with fish guts. The lichen rules applies here as well, as some bird species like to hide their eggs and young in the grass – so beware or you might get dive-bombed by an angry Skua.

There is one unusual rule about penguins. While the guides insist it’s a very rare occurrence, penguins sometimes accidentally launch themselves up from the sea – ‘porpoising’ onto small visitor boats. Apparently, penguins are pretty good at finding their way out of the boat and back into the sea, so keep quiet and don’t touch it. Despite their cute and cuddly image, most penguins could probably do as much damage as an angry Skua if you try to ‘help’ it. 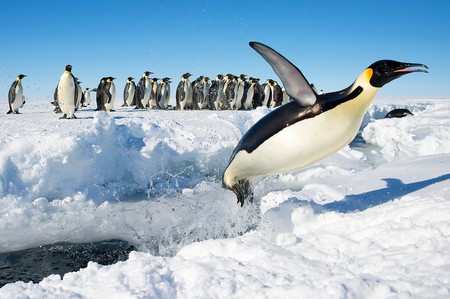 There are also guides about whale and dolphin watching. Most involve the obvious rules, plus a few more on not accidentally trapping the animals in a boat ‘tunnel’. There’s one rule though that’s specific enough to make you think that someone probably did this at some point. Don’t sail a boat into a group of dolphins, just so you can get them to bow ride with you. Dolphins bow-riding may be an awesome sight, but living in Antarctica is hard enough without something harassing you just for their own ‘cool’ experience. And anyway, if you’re lucky enough, both dolphins and whales have been known to bow-ride on their own initiative. 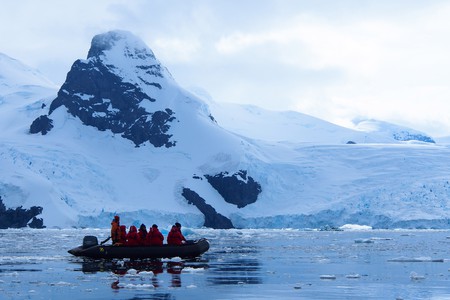 As you’ve probably deduced, most of the wildlife rules emphasize leaving them alone and having as little human contact as possible. However, there is one time that this doesn’t apply: when a marine animal such as a whale is caught in fishing equipment. While you might not be able to help too much (only experienced crew members on your expedition should attempt to de-tangle any caught animal), you’re obliged to help by taking a picture for your tour operator, and taking notes of your coordinate location, the species, and what the animal became entangled in. Photos will help identify the animal, and in the future, records made may help to reduce these types of incidents. 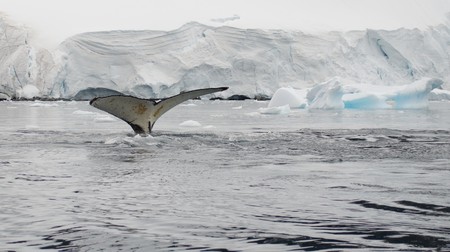 Antarctica is a demilitarized zone. This means that no military activity can take place on the territory, including carrying out maneuvers and establishing military bases. In addition, no firearms (or explosive devices) are allowed without a special dispensation. 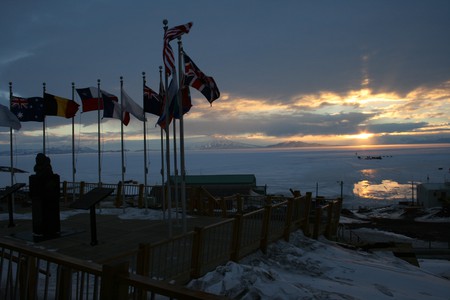 Everyone loves having a memento as a souvenir for their travels. Sometimes, it’s something as simple as a pebble from a beach. However, in Antarctica, taking anything is banned. This includes rocks, feathers, bones, eggs and any kind of biological material including traces of soil. Taking anything man-made is also completely banned, as some might actually be research equipment. If you happen to find anything of scientific interest – a fossil, for example – note the location, take a picture and then leave it there. A scientist can get much more out of that fossil than you can, and you get to keep the photo: it’s a win-win for everyone. 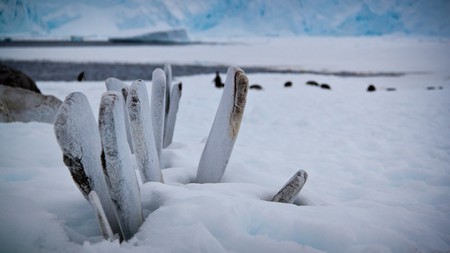 Slightly related to the above, there are number of ‘historic’ sites in Antarctica – old bases and now-abandoned huts that were once used by explorers and scientists. Much like any kind of monument, you’re not meant to really go near these sites or take anything from them. In emergencies, say a surprise blizzard, they can be used. Current sites are also not meant to be disturbed, as often, those stationed there are conducting sensitive research, and your presence might accidentally disrupt their work. 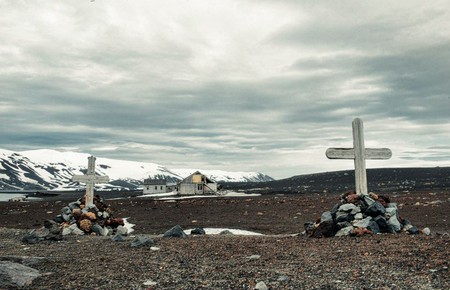 To keep Antarctica pristine as possible, a lot of the rules are dedicated to make sure that nothing pollutes the environment. The obvious ones are things like no littering and no graffiti. Water pollution is also a big deal and even walking through water or skipping stones is against the rules. However, if you’re smoker, there’s an extra rule: you have to collect every bit of ash you make. Even in Antarctica, you can only smoke in designated areas and then you have to carry all that ash until you leave Antarctica and can safely deposit it (this also counts for any litter you make). Depositing any rubbish or ash in the sea, at any point, is also a big no-no, so wait until you reach land. 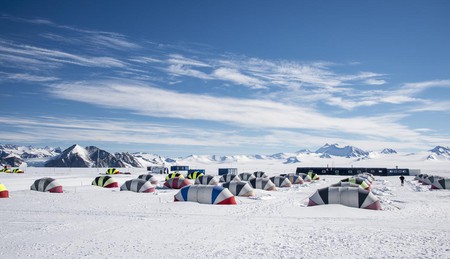 Don’t expect to get rescued

This sounds pretty harsh, but there are a finite amount of people on Antarctica, with a finite amount of resources, on a continent that’s twice the size of Australia and has the lowest recorded temperature on earth (-89.2 degrees Celsius or -128.6 degrees Fahrenheit, if you’re curious). In short, saving just one person who strayed from their tour group is more trouble than it’s worth. And with the unpredictable weather conditions, rescues are basically impossible. You will be in a group of people, and luckily, most tour operations will ensure that you’re kept safe and that you’re briefed on how you can keep yourself safe. For example, glaciers are particularly dangerous, as snow might cover hidden crevasses that you can fall into.

Antarctica is beautiful, but it’s a harsh place full of dangers. Don’t wander off and you should have the safest and most memorable trip of your life. 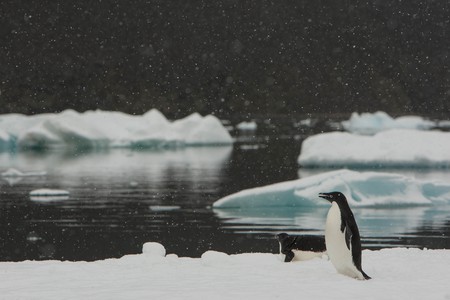 Penguins in the snow | © nomis-simon/Flickr
Give us feedback