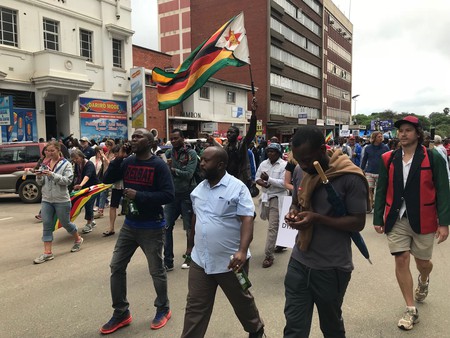 Zimbabwe will vote for a new leader on July 30 2018, in the first election since the 37-year rule of Robert Mugabe was brought to an end in a military coup d’etat in October 2017. Social media is playing such a huge role the government has ordered a reduction in data tariffs in the lead-up to the vote.

The Zimbabwe Government has ordered that data tariffs be reduced by 60% from July 1 ahead of the country’s election later in the month, as it looks to ensure social media access in the run-up to the vote.

Internet penetration in Zimbabwe is at around 50% according to the country’s telecom industry regulator Potraz, which found in 2017 that the messaging app WhatsApp alone accounts for 44 percent of internet usage in Zimbabwe.

Presidential candidates have attempted to take full advantage. There are 5.6 million people in Zimbabwe registered to vote, and the likes of Twitter and Facebook have been used to reach them. Current President Emmerson Mnangagwa, who replaced Mugabe last year, has attempted to appeal to young voters through newly launched Facebook, Twitter and Instagram accounts. Half of the country’s population is under the age of 25, meaning each of the candidates will need to reach younger voters should they wish to succeed. 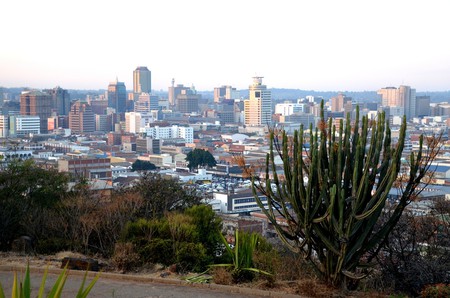 The main challenge to Mnangagwa is expected to come from Nelson Chamisa, a 40-year-old heading up the Movement for Democratic Change Alliance. He has also utilized social media sites such as Facebook and Twitter in the build-up to the elections, and has used the platforms to call for a fair and transparent voting process.

The move to encourage social media access comes as a stark contrast to policy under Mugabe, who many critics say was trying to censor internet use. Mugabe created the Ministry of Cybersecurity, Threat Detection and Mitigation prior to being ousted, and observers in the country claimed that it would be used to clamp down on Zimbabweans’ criticizing the government on social media. The media watchdog MISA Zimbabwe claimed the new ministry would force the country’s media and citizens to self-censor on social media.

Data from the Zimbabwe Electoral Commission shows that around 38 percent of registered voters in Zimbabwe who have inspected the voters’ roll did so using mobile and online platforms, suggesting the country’s citizens are prepared to use online and social media in any capacity to make their democratic choice.