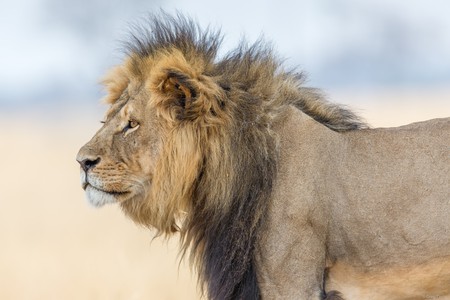 According to Facebook group Lions of Hwange National Park, professional big-game hunter Richard Cooke reportedly killed one of the late Cecil the Lion’s sons, Xanda, in Zimbabwe recently. It is the second lion from the same pride that Cooke has successfully hunted and killed in the past two years.

Xanda was killed not far from the border of Hwange National Park where his father was controversially killed in 2015. Though hunting is not allowed inside the park, the lions are free to roam across its borders. This makes them fair game to legitimate hunters, who some people claim are often on the lookout for cats from well-known prides.

When Cooke discovered that Xanda was wearing a tracking collar—put in place by researchers to track his movements—he handed it over to authorities. Researchers were aware that Xanda was outside the park’s boundaries, but there was little they could do to get him back to safety. According to Lions of Hwange National Park, Xanda was six years old and in his prime with several young cubs of his own.

Researchers at the Department of Zoology at Oxford University told The Telegraph that Cooke is an ethical hunter who was on a legal hunt. He followed regulations, returned the collar, and provided details on what had happened. 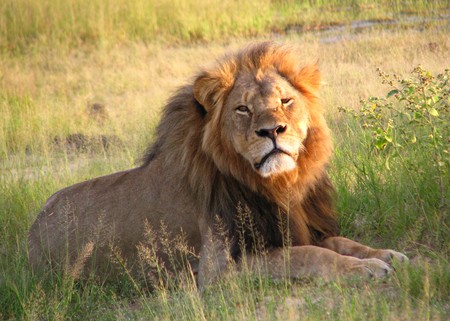 The death of much-loved Cecil the Lion in 2015, who was born and lived in Hwange, caused international outcry. This was due to the popularity of the lion, his apparent ease around humans, and the way in which the kill took place.

American hunter Walter James Palmer, who paid $65,000 (€55,858.72) for the hunt, shot Cecil the Lion with a bow and arrow. He failed to make an immediate kill; Palmer instead tracked the wounded lion through the night and finished him off the next morning. 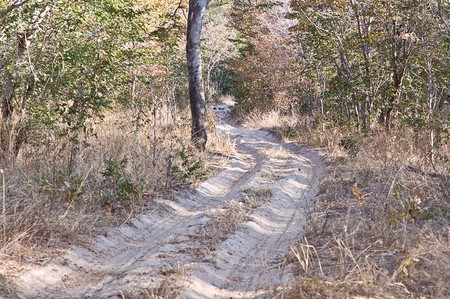 When news broke of Cecil’s death, many called for an end to trophy hunting in Africa. Palmer was forced to shut down his dental practice in Minneapolis amid the outcry, and many international hunters cancelled big-game-hunting trips for fear of similar reprisal.

In spite of this, trophy hunting controversially remains an important way for conservation groups in Africa to raise funds. Some claim legal hunting might be the only way to limit the threat on Africa’s wildlife. Traditional-game reserves, which focus on sightseeing, generate a fraction of the funds made by those who breed wildlife for hunting. An estimated 75 percent of funds used to safeguard Zimbabwe’s wildlife from poachers and other threats comes from professional hunters.

In spite of the financial gains of trophy hunting, many still condemn the actions. Xanda’s death is likely to reignite this heated debate, and many are taking to social media to voice their disgust at the killing.