NoViolet Bulawayo: 5 Things You Should Know

Zimbabwe boasts the rich historical sites of many prominent kingdoms and empires. Over the years, with the country having gained self-governance, Zimbabwe has produced influential and notable writers. Chief among them is NoViolet Bulawayo, who, according to many, is among the world’s most important people, helping chronicle history with one of the earliest forms of storytelling. We check out five things you should know about this innovative writer. 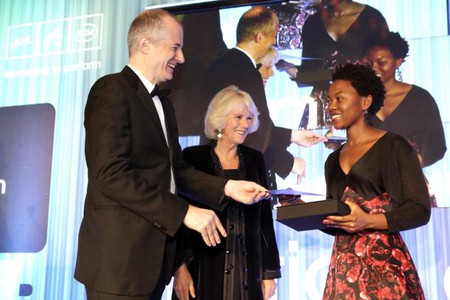 NoViolet Bulawayo is a Zimbabwean who successfully completed her education with a Master of Fine Arts in Creative Writing at Cornell University in the US. There she was a recipient of the Truman Capote Fellowship. She also was a Stegner Fellow at Stanford University, where she now teaches as a Jones Lecturer in Fiction.

NoViolet was born Elizabeth Zandile Tshele. At the age of 18 months, Bulawayo lost her mother. As a consequence, she grew up with the sense of something missing. Her mother’s name was Violet. In college, the writer decided to adopt the pen name NoViolet Bulawayo as a way of honoring her mother and identifying with her. ‘No’ means ‘with’ in the southern African language – Ndebele. Bulawayo is the city of her people and where she grew up.

NoViolet’s writing has been recognized all over the world. Her debut novel – We Need New Names – was released in 2013. Others include Snapshots, published in New Writing from Africa 2009 and Hitting Budapest, published in The Boston Review and was awarded the Caine Prize for African Writing 2011. Currently, she is working on a collection of AIDS stories. This is motivated by the fact that she lost her brother to AIDS whilst she was 14 years old and later on lost her sister to the same disease. In fact, she has lost more than 20 people close to her to AIDS.

Bulawayo has received many awards and honors. In 2010, she was awarded a graduate level fellowship by Truman Capote Literary Trust to promote creative writing. In 2011, her short story Hitting Budapest received the Caine Prize for African Writing, which is an annual literary award for the best original short story by an African writer. Her other prize-winning creations include We Need New Names, telling the life of a young girl named Darling, first as ten-year old in Zimbabwe and later as a teenager in the Midwest United States.

Her novel We Need New Names was included in the 2013 Man Book Prize for Fiction – a literary prize awarded each year for the best original novel, written in the English language and published in the UK. This made her the first black African woman and the first Zimbabwean to be shortlisted for the award.