How Managing Matabeleland Is About Finance as Much as Football 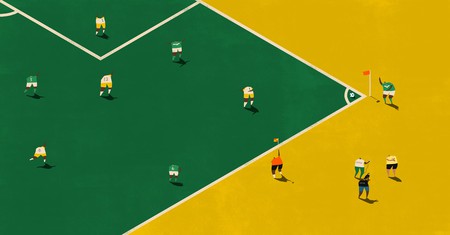 Justin Walley’s day job involves almost every aspect of running a football club. The Englishman is doing everything in his power to get Matabeleland to his home country this summer to compete on the world stage, but faces a financial battle every step of the way in Zimbabwe, a country where money is running short.

‘I’ve currently got a good internet connection – are you okay to chat now?’ It’s not the normal way to start an interview, but then very little is ‘normal’ when coaching a football team in the developing world. Once a surprisingly clear Skype connection was established, we sat down with Walley to discuss the nuances and complications that come with being manger of Matabeleland. 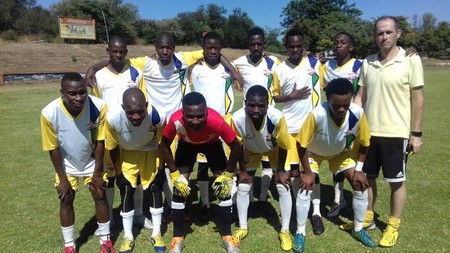 ‘We did a press conference in this café last week and the internet was pretty good, so this will be my headquarters for the next three weeks, I think’, Walley explains. Those three weeks will be spent preparing for the CONIFA World Cup, a tournament for associations outside of FIFA. As part of modern day Zimbabwe, Matabeleland – a region in the west of the country where the majority of Zimbabwe’s Ndebele population live – is not considered a ‘country’ by FIFA and so will play in this summer’s CONIFA alternative. The team qualified as one of the tournament’s three African sides and will compete in its first CONIFA World Cup alongside the likes of Tibet, Abkhazia and Tuvalu.

Read more: Everything You Need to Know About the CONIFA World Cup

Preparations, however, are taking a while. ‘There’s a million things to do,’ says Walley. ‘We still need to raise another $5,000 to actually get to London. We’re selling shirts and that has helped a lot, but it’s only a small part. We’ve talked about taking out loans, but it’s not something that I want to do and we’re still waiting on our visa applications.’ It’s a startling insight into the sheer amount of admin and red tape that goes along with this type of job.

He continues, ‘It’s 24/7 – it really is. We have technical sessions twice a week, plus two fitness sessions. We all meet in town and then I’ll have to cover the costs to get the boys home on various forms of transport. It’s roughly 35p per person but it all adds up. I always try to get the boys to have something to eat after training and matches but logistically that’s difficult so doesn’t always happen.

‘Most of the time I’m fundraising. I recruited a merchandise manager from a university, but they’ve disappeared. I’m selling the shirts, dealing with the firm that manufactures them, and the firm that designs them, then I’ll do interviews, then back to coaching, then home to plan coaching sessions and now I’ll do as much press and social media as possible while I’m in this café.’

Almost everything seems difficult. Zimbabwe is experiencing a shortage of money, which makes paying for food, transport or a pitch to play on almost impossible. You can’t use a foreign bank card, you just have to hope that the latest Western Union transfer works once you’ve queued all day to be seen. So, with such constraints, where does that leave the team? For Walley, the financial concerns seem to far outweigh what’s actually happening on the pitch.

‘I suspect that we’re actually more prepared than most. This team has been together for a year, playing in the qualifiers and friendlies. It’s run like a club team and is together all week; I don’t believe for one minute any of the other teams will be as prepared as we are.’

And it goes beyond that. ‘I don’t want to go into too many details, but we have been analysing our opponents and I don’t think anyone will know anything about us.’ 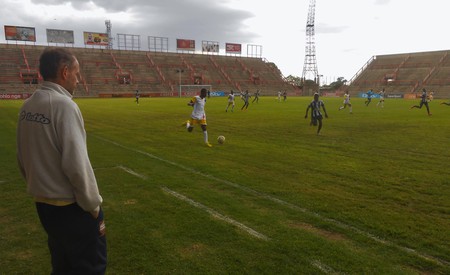 Walley assesses his Matabel side in a recent friendly. | © Justin Walley

What shouldn’t be forgotten is that Zimbabwe has a domestic Premier League that generates huge crowds – up to 20,000 for some matches. Locals in Bulawayo, and the wider Matabeleland area, already support local clubs, some of which are professional. This team, that represents the Ndebele people, are all amateur bar one player, so given their small status when compared with local clubs, how are they – and the tournament that they’re about to play in – viewed locally?

‘Even now I think a lot of people are sceptical. Generally, people have learnt to be sceptical about what they’re told in this country,’ Walley explains. ‘When they hear what we’re doing, with no budget, they don’t get it. They think we’re getting loads of money from somewhere, or that we’re part of a political movement, or we’re trying to disappear out of the country. We got new tracksuits and people immediately took us more seriously. I’m also disappointed in how little support we’ve had, particularly from the local media. We had a press conference at the weekend and only a few came down; some of them wanted us to pay them to come down.’

The idea that the team’s existence is part of a bigger plan to support political independence is a common one, but Walley is keen to stress that that simply isn’t the case. He discusses the specific history of the region and of the Ndebele people, long before being part of Zimbabwe or Rhodesia. This is more about putting the area on the map and helping demonstrate that the region is not only beautiful, intriguing and exciting, but also that it’s safe. Walley describes his side as ‘showcasing a unique culture that exists within the country’, but also one that has nothing to do with striving for independence.

Read more about the region: A Brief Guide to Matabeleland

And for Walley himself? For a career that’s taken him from Leicestershire to Latvia, the future is as as you would expect. His contract with Matabeleland runs up until June and although he is keen to help with the team’s development in some capacity beyond that, other opportunities – perhaps a Pacific Island team – may catch his eye.

For now, the focus is very much London. Around 30 of Walley’s friends and family will be in attendance, even the ones who thought he was ‘a bit bonkers’ to take the job that he has. That said, they are the same group of people that have helped raise money, buy shirts, spread the word and fight to help get Matabeleland to their first game in Sutton on May 31 against European heavyweights Padania.

There is clearly still plenty of work to be done, but Walley’s commitment is unwavering. ‘Players might not get visas, we might need to take a smaller squad and we might not raise all the money, but fundamentally, we’re giving this region a voice in the football community; not getting to the World Cup is unthinkable.’ 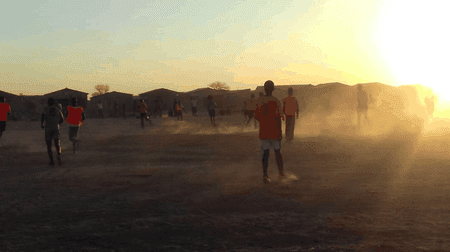 Interested in buying a Matabeleland shirt? Head here and help them get to the CONIFA World Cup.