He is mong the leading literary luminaries to emerge out of Zimbabwe since the country’s independence in 1980; Chenjerai Hove was to Zimbabwe what Chinua Achebe was to the Nigerians. During his exile in Norway, Hove spent most of his time on the lecture circuit giving presentations on creative writing in Europe and the United States of America. Since his recent death, Hove has been honored and remembered by both Western and African publications. Here Culture Trip looks back on his legacy. 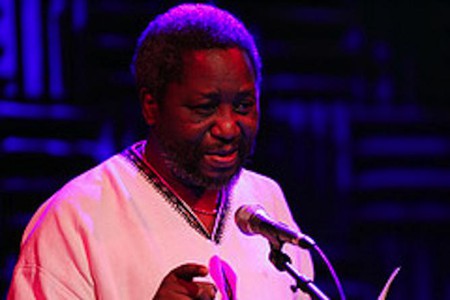 Born in Mazvihwa near Zvishavane in 1956, Hove held degrees in English and Education obtained from the University of South Africa (UNISA) and the University of Zimbabwe. On completion of his education, Hove worked for several years as a teacher, before later joining a publishing house, and it was here, while working as an editor that Hove’s first poetry anthology, And Now the Poets Speak was released.

A typical characteristic of Hove’s early poems is the use of visceral traditional African metaphors and idioms, while not an overzealous political revolutionary maximalist, Hove is foresighted and sees the blind spots ahead of the then nascent nation. He cautions people against complacency and corruption, something that is evident in the poem, This Thing: The Love of Nations:

“If my brother comes
Tell him I have gone hunting
In these parts
What else can a man hunt for
Except the filth
In unworked for coins? (55)”

Hove highlighted the hypocrisy of human nature when crimes are committed in the name of ‘the love of nations,’ and the pursuit of wealth becomes an end in itself when people seek ‘the filth in unworked for coins.’

“Just as one cannot escape the terrible truth of death, or just as a barefoot herdboy cannot avoid the grass-hidden thorn in his way, so it is with Hove’s poetry. It speaks a truth that a historian or a politician or an anthropologist may not know the edge of, but Hove is not an explainer, an arbiter, or a statistician. His poetry addresses itself to the human heart. Because it speaks to the heart, its language is concerned with evoking feeling, recreating how it was or how it is, but never explaining why. His poetry happens, naturally.”

Hove’s early literary works focus upon the war of liberation for national independence. He reminisced about the war’s true heroes, while at the same time expressing a sense of betrayal for the fallen heroes, he felt the leaders were not living up to the ideals of the war and cautions the people not to be complacent.

As well as his poetry, Hove is also well known for his trilogy of novels, the first Bones (1988) tells of a mother looking for her son after he fails to return home after the liberation war, and it was the publication of Bones that marked the pinnacle of Hove’s career as a writer, earning him international recognition and acclaim. Winning him a number of awards including the Zimbabwe Writers Union National Award in 1988 and also the Noma Award for Publishing in Africa in 1989. While Shadows (1991) deals heavily with the periods political issues, and in the final novel of the trilogy, Ancestors (1997), Hove narrates the life of a deaf and dumb girl, Miriro, married to a drunk in the 1860s. Miriro later appears in the dreams of a boy as an ancestor. In the novel, Hove wittingly narrated using traditional African idioms and metaphors to great effect:

“With your breath fading, you recite the names of all the children, then play the games of naming the trees, the rivers, the hills and mountains. You can only name the rivers and hills of the place where you were born.’ Hove used namelessness as a way of illustrating his strong convictions about the idea of ancestors.”

What connects Hove’s novels are the seamless borders between past, present and future; the living and the dead, and wittingly blending the English language with traditional African genres and metaphors. The main character, Janifa eloquently shows this in her reflections towards the end of Bones:

“A year does not come and sit where another one sat. It brings its own stool.”

His final novel, Homeless – Sweet Home: A Memoir of Miami, is, as the title suggests, autobiographical, and tells of the trials and tribulations of living as a homeless person in a foreign country after being declared a persona non grata by one’s government. Hove said he was forced to leave the country when his life came under threat because of his writings that were critical of the government.

“I hope one day our country will rise again from the ashes like the proverbial sphinx and take its rightful place among other nations. It pains me to see what has happened to my country. My heart bleeds when I see all the human capital the country has lost to other countries. These are Zimbabweans who are supposed to be working for their country but have been forced into exile because of political intolerance and repression. This is really sad.”