An Introduction to Zimbabwe's Shona People 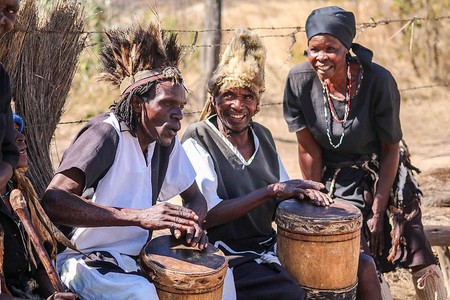 The Shona people are the majority tribe in Zimbabwe, where 80% of the population identifies as such. There are estimated to be around nine million people from this ethnic group in the world, including from neighbouring countries such as Botswana, Mozambique and Zambia. The tribe’s language goes by the same name and has several dialects including Korekore, Zezuru, Manyika, Ndau and Karanga. Here’s everything you need to know.

There are several ancient stone wall sites in Zimbabwe which are believed to have been built by this tribe. The walls form the physical foundation of Great Zimbabwe, an 800-hectare city that flourished between the 11th and 15th centuries AD. Recognised as a UNESCO World Heritage Site, Great Zimbabwe was a center for trade, and archaeologists have found artefacts on site from as far away as China. 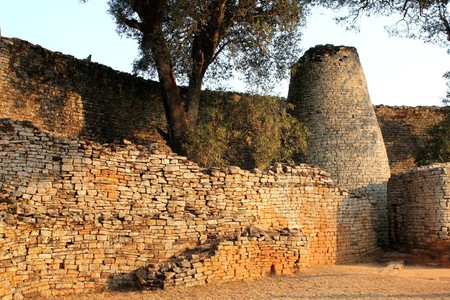 As many tribes across the continent do, the Shona people practise farming grains such as millet, sorghum and maize. They also farm sweet potatoes and groundnuts. They are known to rear cattle, which are a symbol of wealth and are mainly used for draft power, milk and for paying a bride price.

In rural areas, where cultural specifics are still practised, the village consists of clustered thatched mud houses. A simple homestead usually has four huts: one for the kitchen, one as a master bedroom, one as a hut for the boys of the family, and another for the girls. Usually there is also a small hut which is used as a granary by the family.

A village is headed by village headman who answers to the chief. The chief usually has more than ten headmen under his jurisdiction and he also acts as a judge. 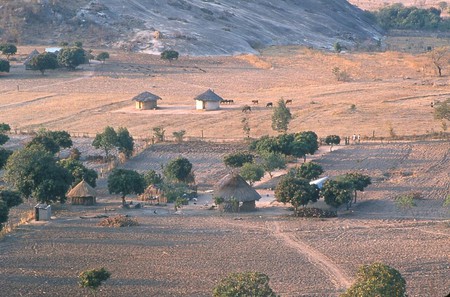 Traditionally, the Shona people believe in Mwari (God) whom they worship through their ancestors known as ‘Vadzimu’. They believe that it is disrespectful for ordinary humans to talk directly to God, hence they go through the ancestors.

“People consider themselves as low enough to be unworthy of talking or interacting directly with the Divine. They rely on the mediation of the spirits,” says Takawira Kazembe, a lecturer at the University of Zimbabwe.

The Shona people believe Vadzimu are good spirits which protect the family from calamities. Every family lineage has its ancestors, and occasionally the family brews beer to appease the spirits. There are several ceremonies which are performed during the year, among them the rain making ceremony where the village elders appeal to the ancestors to avert drought.

The Shona people also believe in an evil spirit called ‘Shave’. This spirit is believed to cause calamities in the family and only the ancestors are capable of removing it. They believe that if a person takes a long time to be married, then this person has this evil spirit within them.

Additionally, the Shona people are known for their stone sculptures which portray the relationship between the tribe and its ancestors.