No matter if you would like to visit the famous Victoria Falls or take a hot air balloon ride over the Busanga Plains in the Kafue National Park, you’ll need money. The official currency of Zambia is the Kwacha, which translates to ‘dawn’. Here is everything you need to know about spending money in the Southern African country.

Since then, the Kwacha has gone through many changes, with coins slowly going out of circulation from 1992 to 1996 and being re-introduced in 2013 after the Kwacha was rebased. The rebasing occurred as a result of high inflation and led to the removal of three zeros in every denomination. Therefore, K1000 became ZMW 1 and so forth.

Commemorative notes were released in 1973 to celebrate the second republic or the one party state and in October 2014, to celebrate 50 years of independence, a ZMW 50 note was released featuring the images of all the previous presidents of Zambia from independence to 2014. 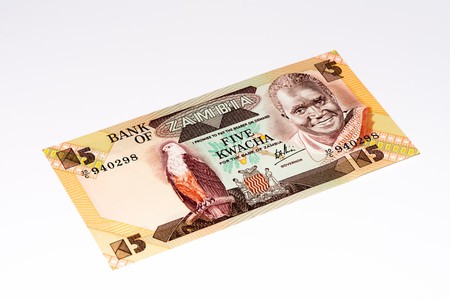 The Kwacha has maintained a rate between ZMW 9.5 – 10 being equivalent to 1 USD and an inflation of 6.3% is projected for the second quarter of 2018.

Zambia made the switch from polymer notes back to paper notes when the Kwacha was rebased. All of the obverse of Zambia’s notes ( ZMW2, ZMW5, ZMW10, ZMW 20, ZMW 50 and ZMW 100) feature a fish eagle which is the common symbol of Zambia’s independence. Other common features include the coat of arms, the signature of the Governor of the Bank of Zambia, and the face value of the sum of the note.

The reverse side of the notes features the freedom statue, a monument dedicated to independence, the face value of the value of the note in words and the Bank of Zambia seal which is the official authority responsible for issuing legal tender. Each note has a different animal depicting wildlife found in Zambia. There are also different images on each note depicting government buildings such as the National Assembly or Parliament on the ZMW 100 note or miners on the ZMW 20 note. There are also unique trees on each note. From 2015, each bank note has features that help visually impaired people distinguish among the different notes.

The coins are called ngwee and are available in 10, 50 and ZMW 1 denominations. 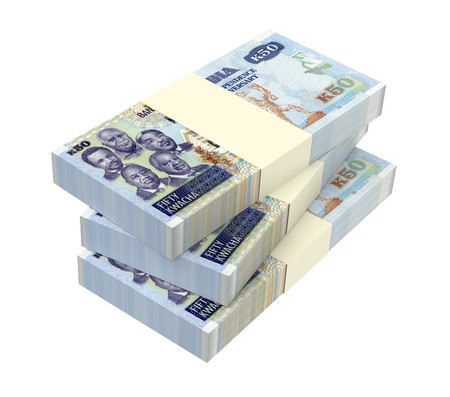 The ZMW 50 note with images of the first five presidents of Zambia was released to commemorate Zambia's 50th independence. | © PPart / Shutterstock

What will your money get you

10 and 50 ngwee coins are used mostly for change purposes. Some traders especially in markets may not accept coins, so be sure to have mostly notes.

1 Kwacha will get you a local bun, one egg or candy from small corner stores which are called ‘Kantemba’.

Two Kwacha will get you the smallest denomination of airtime or talktime (calling minutes) which will last for about a minute or candy from a kantemba.

Five Kwacha will get you airtime, candy or one tomato at a local market.

Ten Kwacha will get you a bottle or can of soda, a loaf of bread at a grocery store, or a head of lettuce.

Twenty Kwacha will get you a bottle of local beer such as Mosi Lager.

Fifty Kwacha will get you a burger and fries at a fast food restaurant or entrance into a museum.

A hundred Kwacha will get you a burger and fries at a fancier restaurant plus a soft drink, or entrance to a waterfall.

While the majority of internationally branded restaurants, super markets, high end restaurants and lodges take debit and credit cards, some smaller ones may not, so always have cash on hand, especially for purchases of airtime if buying from the vendors on the street.

If travelling by public transportation, carry smaller notes of Kwacha such as ZMW 5, 10 and 20 as the conductors (bus drivers’ assistants) may not have change.

Negotiating is common at areas like urban local markets or when purchasing curios from places like the Pakati market at Arcades or the Kabwata Cultural Village, so don’t be afraid to haggle. Do not carry huge amounts of cash as sometimes foreigners can be targets of pickpockets in urban markets.