Why Visiting Victoria Falls Is Now Easier Than Ever 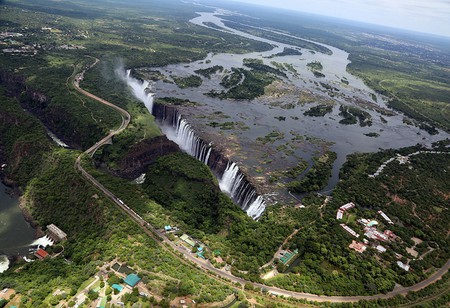 Getting to Victoria Falls hasn’t always been easy, with visitors having to fly first to Lusaka, Johannesburg or Harare, but a new airport has just made visiting the Falls easier than ever.

Victoria Falls is Africa’s most popular tourist destination with an estimated one million visitors every year. The new airport is located on the Zimbabwean side of the waterfall, but a special visa allows travellers to cross the border into Zambia. Opened in 2016 the new airport has increased the hub’s capacity from 500,000 to 1.5 million passengers.

Located in Victoria Falls Town in Zimbabwe, the new airport, which cost an estimated US$150 million, is now serviced by Ethiopian Airlines (the largest African airline), FastJet, British Airways, South African Airlink, Air Namibia and Kenyan Airways. Although only open for 12 hours a day, there are reports that larger airlines, including Virgin Atlantic and Emirates, are also planning to fly into Victoria Falls.

According to the Zimbabwe Broadcasting Corporation there’s been a 25 percent increase in the number of passengers from January to August 2018. As a result, the Zimbabwe Parks and Wildlife Management Authority has extended viewing times at the Falls from 7pm to 10pm, and visitors can enjoy night drives in the Zambezi National Park, fishing and picnic sites along the Zambezi River and there are also plans to open a spa. 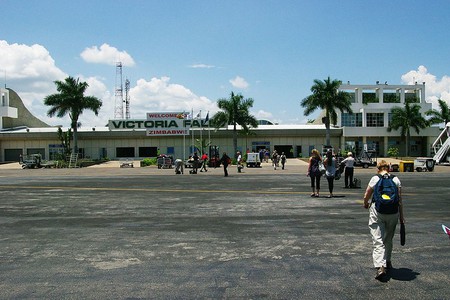 According to The Telegraph, “The airport is also an opportunity for other nations and their flag carriers, which now have a direct route to one of the Seven Wonders of the Natural World.” Zambia has capitalised on this by embarking on the construction of a new airport.

In 2015, construction began on the new Kenneth Kaunda International Airport (KKIA), adjacent to the current airport. The project, which is expected be completed in 2019, will include two hotels, one with 70 rooms for passengers in transit and one that will be open to the general public. There will also be a shopping mall, airport offices and a fire rescue centre. Approximately six million visitors are expected to travel through the new airport, including those unable to find a direct flight to the Falls. 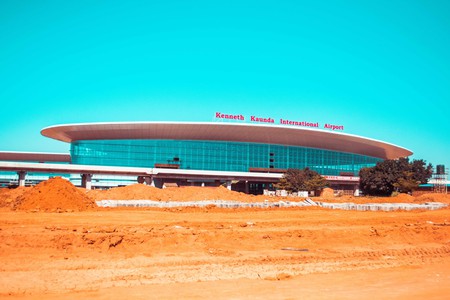 There are plenty of activities to enjoy at Victoria Falls, from bungee jumping and white water rafting, to microlighting and more. As some places such as the Devil’s Pool can only be visited from the Zambian side of the Falls, visitors wanting to visit both Zambia and Zimbabwe can apply for the KAZA Uni Visa. There are also apps like Victoria Falls Adventures that let you book activities near the Falls in Zambia, Zimbabwe and Botswana (Chobe National Park), the Zambia Offline Travel Guide, Try Zambia and the Victoria Falls Guide.

Visitors should bear in mind that different currencies are used in Zambia (Kwacha) and Zimbabwe (USD) and that there are different rates for entry to the falls. The Zimbabwean side costs US$30 for international visitors, while the Zambian side is US$20. 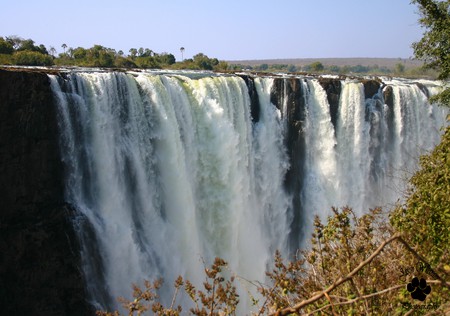 The Victoria Falls are at their fullest during the rainy season, from December to April, but the Devil’s Pool, a natural rock pool on the edge of the falls, can only be accessed between July and August.