Why the TAZARA Railway is the Best Way to See Zambia 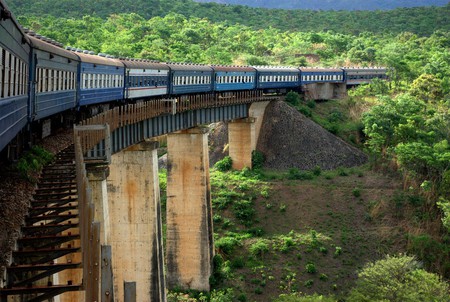 The Central and Northern regions of Zambia have some of the best tourist sites in the country, from the national parks to the waterfalls. To see what the area has to offer, consider taking a train on the Tanzania-Zambia Railway Authority (TAZARA), which has operated between Zambia and Tanzania since 1975. It covers more than 1,100 miles and is among the most affordable ways to see Central and Northern Zambia.

A one-way, first-class ticket on a TAZARA express train from New Kapiri Mposhi station, Central Province, to Dar es Salaam, Tanzania, costs 333 Zambian Kwacha, approximately $34 USD. The cost of the ticket includes bedding, toiletries, and bottled mineral water. A second-class sleeper ticket is 272 Kwacha, which is approximately $28 USD, and a second-class seat is 252 Kwacha, about $26 USD. For a third-class seat, expect to pay 233 Kwacha, or approximately $24 USD. For the ordinary (non-express) train, tickets are about 15% cheaper.

Sleeper compartments accommodate four people and do not mix sexes, so it is advisable to book a whole compartment if traveling with men and women or as a family. Check the timetable on the website to plan your trip, but travelers should be aware that the trains from New Kapiri Mposhi station to Dar es Salaam often experience delays, sometimes for an entire day. Be sure to bring extra blankets, a change of clothes, extra tissue, wipes and enough food to last the journey (though food may be purchased onboard). 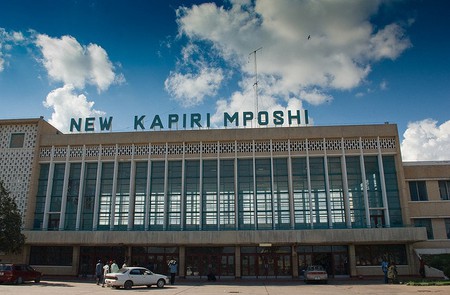 Depending on the season, the view might include lush green bushes on the Zambia side. The Tanzania side offers opportunities to see wildlife, such as giraffes, zebras, elephants, and antelopes in the Selous Game Reserve. Other areas rich in wildlife along the route include Udzungwa Mountains National Park and the outskirts of the Mikumi National Park. 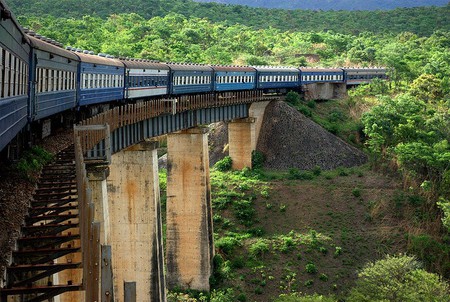 Stops Along the Way

TAZARA stops at such towns as Serenje, Mpika, and Kasama, which are filled with tourist sites, including waterfalls, national parks, and national heritage sites. Passengers must purchase a ticket for each stop. As the train doesn’t make frequent stops at each station, plan your stops in advance, or be sure to arrange alternate transport for your return. 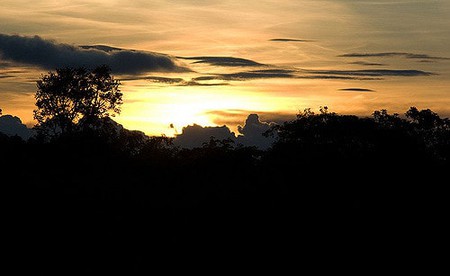 The town of Serenje is the 11th stop on the route from Kapiri Mposhi to Dar es Salaam. It is a great place to get off the train and explore.

At Kasanka National Park, visitors might see a variety of animals, including hippos and various antelope species, such as the puku, waterbuck, sitatunga, and reedbuck. If traveling between October and December, spend a few days at the park and witness the annual bat migration. While here, make the journey to The Livingstone Memorial, where the heart of Scottish explorer Dr. David Livingstone was buried after his death in May 1873. International park fees are $8 USD per person per day.

On the edge of the Muchinga Escarpment, the Kaombe River cascades over rocks, creating the Kundalila Falls. Visitors can enjoy swimming in its deep natural pool, which feeds into a botanical garden. The nearby forest offers a chance to see blue monkeys, and the views of the Luangwa Valley are beautiful. There is a nearby campsite with long-drop toilets and shower facilities, as well as a grill. Kundalila Falls is approximately 40 miles (64km) past the Serenje turnoff and about six miles (9.7km) past the turn for Kasanka. Then, it is approximately nine miles on a dirt track to the falls. Entrance is $15 USD per person, as is access to the campsite.

The Nsalu Caves are approximately 40 miles (60km) north of Serenje. This area is believed to have been a settlement of the San tribe, but the most unique aspect of the caves is the rock paintings that differ from the stick figures and animals usually associated with the tribe. Here you’ll find abstract patterns, lines and outlines that, in some cases, are believed to be more than 100,000 years old. The entry fee is approximately $15 USD.

Overlooking the granite hills that form the tail end of the Great Rift Valley in Muchinga province is a manor house called Shiwa Ng’andu. English soldier Sir Stewart Gore-Browne built the manor, completing construction in 1932. Located between Mpika and Chinsali, tours are offered from 9-11am and cost $20 per person. Visitors should also stop by Kapishya hot springs, which are on the same estate.

Traveling by train for a few days is a great way to meet people, and TAZARA is no exception. With tourists and locals using this form of transport, there are many opportunities to make new friends.