Where to See Zambia's Incredible Wildlife 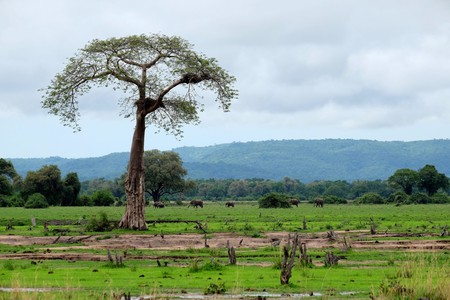 If your safari bucket list includes lions, buffaloes, elephants, rhinos and leopards (also known as the ‘Big 5’ of Africa), Zambia has all of these and more – its 20 national parks and 34 game management areas make up some 30% of the country’s land mass. Here are the top places to see Zambia‘s wildlife.

South Luangwa offers visitors a chance to get closer to wildlife through walking safaris which were pioneered in the park. It is named after the Luangwa river, which is a lifeline to the 60 different animal species such as lions, zebras, antelopes and hippos, of which there are approximately 50 hippos per kilometer of the river. There are over 400 species of bird such as pelicans, herons, canine bee eaters and more. The best time to view birdlife is towards the end of the dry season which falls between late October and early November.

The South Luangwa is also home to the Thornicroft giraffe which is endemic to the park. Visitors who stay at Mfuwe Lodge may be treated to elephants that walk through the reception to get to the mango trees.

The park is open year round, although some lodges close during the rainy season (November to April). To get to South Luangwa from Lusaka, Proflight has seasonal flights to Mfuwe. Driving to the park is also possible in the dry season, although a 4×4 vehicle is advised. Park entrance fees for international arrivals are USD$25 per person per day. 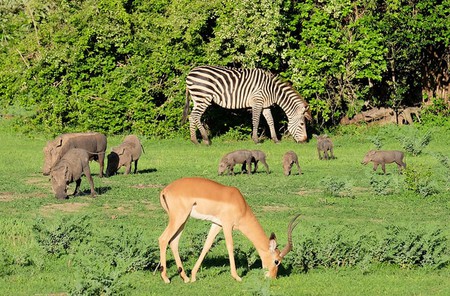 Kafue National Park is the largest national park in Zambia , with a landscape consisting of the Busanga floodplain in the northern part of the park, and is where animals such as Lechwe and Sitatunga (a type of antelope) can be seen. The river bank of the Kafue river attracts elephants, hippos and crocodiles. Leopards and cheetahs can be spotted around the park, which also has the largest concentration of wild dogs. Smaller animals that can be seen include mongoose, otters, honey badgers, roan and more.

The Kafue National Park is open throughout the year though not all areas are accessible during the rainy season which falls between November and April. Those who would like to visit the park at that time should book a stay at the camps that are open all year long such as Mayukuyuku, Musekese Camp and Mukambi Lodge.

The park is accessible from the tourist capital Livingstone and Lusaka the capital city via driving or by air. The number of hours drive from both cities depends on which area of the park is to be visited. The park entrance fee for internationals is USD$20 per person per day. There are additional fees for activities within the park such as boating, as well as separate car entrance fees. 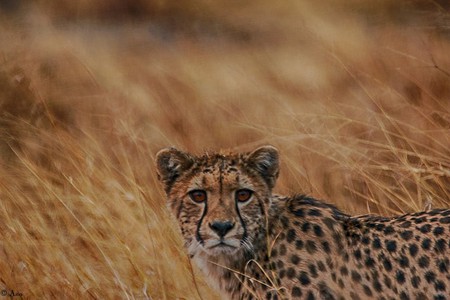 Every November, thousands of wildebeest appear in Liuwa Plain National Park in what is know as the second largest blue wildebeest migration in the world. Lying in the Zambezi flood plain in Western Zambia, it is one of the most remote parks in the country. Apart from its migration, Liuwa Plain is also known for ‘Lady Liuwa’,who was the sole lioness in the park after poaching eliminated the rest. She died last year, but the park has successfully reintroduced more lions in the park. Zebras, wild hyena dogs and a large bird population can also be seen.

To visit Liuwa Plain, fly from Lusaka to Kalabo via Proflight. International park entrance fees are USD$30 per person per day. 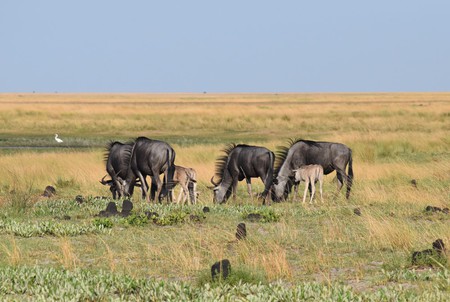 Between October and December of every year, an estimated ten million fruit bats migrate to the forests of the Kasanka National Park. The bats feed on the abundant masuku (local fruit with a plum like taste) before they continue their journey to the neighboring Democratic Republic of Congo.

Though you won’t see the large cats (lions, leopards etc), you will see hippos, as well as different species of antelope like the Puku, Waterbuck, Sitatunga and Reedbuck. The park offers alternatives to the traditional vehicle safari experience, be it biking to Fibwe Hide for excellent birdlife, a walk to the Wasa lake where elephants can be spotted, or a canoe ride on the Luwombwa loop.

The Kasanka National Park is in Serenje, Central Province, approximately a five- to six-hour drive from Lusaka. Kasanka also has a landing strip which is accessible to chartered flights. International park entrance fees are USD$8 per person per day. 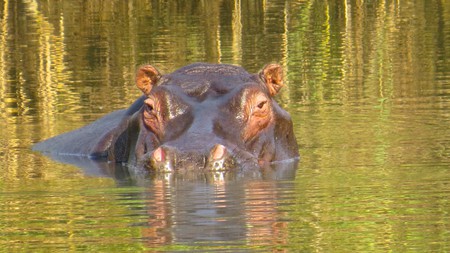 The Lower Zambezi National Park has similar wildlife to South Luangwa and Kafue National Park, but what sets it apart is the canoe safaris where elephants, hippos, and crocodiles can be seen. Night game drives provide sightings of leopards and honey badgers.

Proflight runs flights from Lusaka to Jeki and royal airstrips which gives access to all lodges in Lower Zambezi. Driving from Lusaka can be done in approximately two and half hours.

International park entrance fees are USD$25 per person per day. 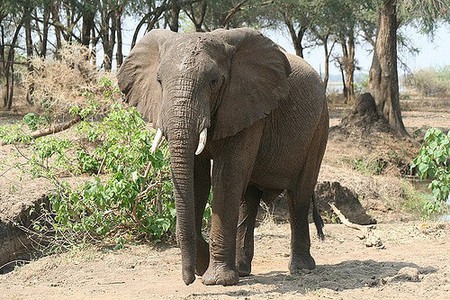 Zambia is one of the few African countries with a national park in the capital city. The Lusaka National Park opened in 2015 in the eastern part of Lusaka and while it is the smallest in Zambia (measuring 46 sq. kilometers (17.8 sq. miles)), it is worth visiting as a precursor to the bigger parks. The park has a white rhino which is kept in an enclosure on weekends. Other animals you may spot include giraffes, hartebeest, zebras, blue wildebeest, waterbucks, several types of antelopes, warthogs, pangolin, and axis deers.

Lusaka National Park is located 30 kilometers (18.6 miles) from the city center. International entrance fees are USD$3 per person regardless of citizenship.

Nsumbu is arguably the most scenic national park in Zambia. Lying on the southern shores of Lake Tangayanika, its landscape comprises sandy beaches, a valley, swamps and the itigi forest which was once home to the now extinct black rhino. Wildlife that can be spotted include elephants, zebras, hippos, buffaloe, and the rare blue duicker.

To visit Nsumbu, fly into Kasaba bay via a chartered flight, or for a less pricey option, fly to Kasama via Proflight and then do a road transfer. Park entrance fees are USD$10 per person per day.