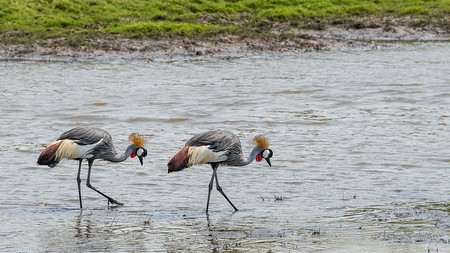 Many travel guides recommend that first-time visitors to Zambia make the trip in the dry season, which typically runs from May to October, as it’s the prime time to see wildlife. However, the wetter ‘Emerald Season’, which runs from November to April, is not to be underrated. Here’s our pick of the top experiences around.

If visiting Liuwa National Park during April and staying at the King Lewanika Lodge which overlooks the Zambezi river, guests may be treated a sighting of the Kuomboka ceremony of the Lozi tribe, the resident people of the area. 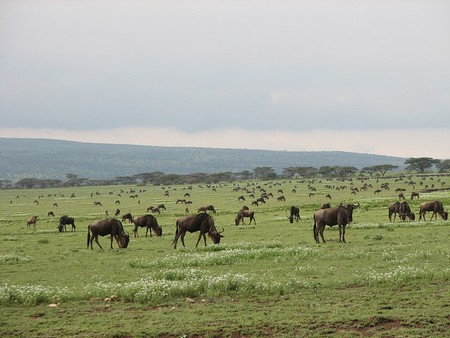 Between October and December, Kasanka National Park in Serenje, a town in Central Province, hosts approximately five million fruit bats. At sundown, the bats congregate to feed on the local masuku fruit found in the forests of the park. Visitors can stand at different vantage points in Kasanka to watch this phenomenon. While at the park, visitors can do other activities such as biking, canoe rides or day trips to the Kundalila Falls or Nsalu caves. International entrance fee to Kasanka is USD$10.

Kasanka National Park is five-to-six hour drive from Lusaka, Zambia’s capital city or can be accessed via the Tanzania Zambia Railway (Tazara)

The Emerald Season is a time of new births for elephants, impalas (a type of antelope) and other mammals which can be seen on safari in the national parks. 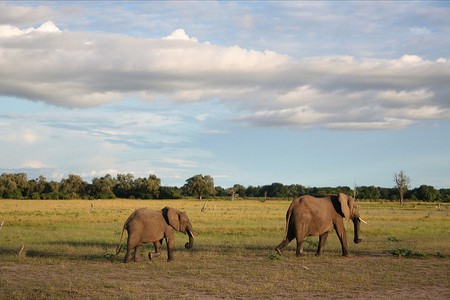 The emerald season in Zambia is a chance to spot baby animals in the national parks. | © Mark Hodson Photos / Flickr

Stay at a luxury lodge for less

Many lodges and camps in national parks close during the Emerald Season due to some of the untarred roads leading to the parks being impassible. However, some remain open throughout the year in parks such as Kafue, South Luangwa and Lower Zambezi and offer significant discounts to encourage guests to visit.

While the Emerald Season is characterized by rain, day storms usually pass quickly. When the clouds clear, the sun comes out and makes for a spectacular sunset – perfect to enjoy with a sundowner.

Every day at Chiawa Camp feels like it's the weekend … relaxation or adrenaline, or anywhere in between – all of it all awaits at #chiawacamp #sundowner #zambeziriver

If there is an image that could define "photo safari", would this be it? Taken on the Chakwenga Plains during a fun #squiver tea break with awesome Levy by my side … #photosafari #lowerzambezi #zambia #oldmondoro #chiawacamp #zambezi #marselvanoosten

Victoria Falls in Livingstone, Zambia’s tourist capital, are the biggest falls in the country, measuring 1.24 miles (2km) wide and 338 feet (103 metres) deep. To see the full force of the waterfalls, visit in March or April. This is also the best time to see a lunar rainbow or ‘moonbow’, which occurs when a full moon is bright enough for its light to be reflected in raindrops. Other activities that can be enjoyed at the falls during the Emerald Season include white water rafting from February to April, swimming under the falls from November to January, and river surf during the same period.

Tip: Stay at the Tongabezi or River Chundu island lodges in Livingstone for the ultimate luxury experience.

Due to the inaccessible roads leading to national parks and camps during the rainy Emerald Season, those who do make the trek will be rewarded with splendid solitude as some tourists in the more remote camps may find themselves being the only guests and not see any other groups on safari, giving the feeling of being at one with nature.