AFRICA
/
ZAMBIA
/
Things to Do

The Ultimate Guide to Rocktober, Zambia 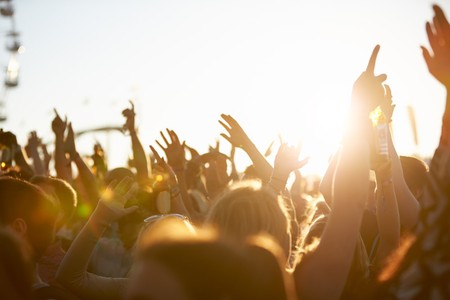 Rocktober is a music festival in Lusaka, Zambia that has been running for six years and showcases local Zambian musical talent. Here’s your ultimate guide to celebrating the event in style.

Zambia has recently experienced an increase in the number of music festivals it hosts, especially during the warmer months of September to December. Most feature local artists as opening acts and foreign artists as headliners. However, Rocktober is unique in that it features a strictly Zambian lineup.

Rocktober is one of Zambia’s most popular festivals | © Rock FM

According to the Small Tash, a radio presenter at Rock FM, the private radio station that organizes the festival, Rocktober has been in existence since 2013. In terms of its relevance, she said, “It’s affordable (tickets are only ZMW 5 or approximately USD$5), showcases different artists. It has a variety of acts from different genres hence catering for the older folks too. It is very popular among the youth but you’d be surprised at how many elderly people attend it”.

Rocktober takes place at the Queensmead Stadium in Lusaka on Saturday September 29, 2018 from 12pm, and features an exciting lineup of some of Zambia’s most promising musicians. Tickets are available for sale via webtickets.co.zm and at the venue. Sponsors include Parmalat, Mosi Lager beer, Web Tickets Zambia and 96.5 Rock FM. There will 50 barbeque stations offering a wide range of food for sale, from chicken, fish and chips to traditional Zambian food like nshima. Apart from food, beer and music, there will be bouncy castles, trampolines and mini soccer tables to keep the crowds entertained.

In the past, Rocktoberfest was a two-day event that featured international headliners mostly from South Africa, such as hip hop artist Aka, DA Les, Toya DeLazy and Bucie, as well as local artists. This year, the event will only be held for one day (Saturday September 29)

Rocktoberfest is a 12 hour-long festival in the middle of the summer, so wearing shorts and a sleeveless top with sandals is an ideal festival outfit. Other essentials include sunscreen, mosquito repellent and bug spray. It’s a good idea to carry a water bottle too. There are no seats at the festival, so carry your own packable chairs or a chitenge or blanket to sit on during the day.

How to get to Queensmead Stadium

Sports Center
Facebook
Email
Twitter
Pinterest
Copy link
Share
Map View
There are many ways to get to Queensmead Stadium. You can use a local taxi service, download the Ulendo app (similar to Uber), or take a minibus that stops on Alick Nkhata Road, then walk from there to the venue – it’s best to download the route map before leaving. Minibuses stop running around 10pm so private taxis are the best way to get home after the festival.

Some stalls may only accept cash, so be sure to use an ATM before arriving at the event. In the past starting times have been delayed, so be patient. The best time to plan to arrive is around 2pm as by that time, there will be a larger crowd and vendors will have set up.

Bobby East is a rapper signed to the XYZ label owned by SlapDee, a Lusaka-based artist. Some of his songs include Psycho Bae, Versace and Tamanga among others. He is scheduled to perform from 9pm to 10pm.

K’ Million is an R&B singer who has been in the Zambian music industry for over twenty years, and produced hits such as Kakabalika, No More Love and Pa Ulendo. He is scheduled to perform from 11pm until midnight.

King Illest is a relatively new artist on the Zambian music scene – his genre is called ‘Tonga Trap’. His most popular songs include Ndisweke , Mazuba and Milundi. He is scheduled to perform from 6pm to 7pm.

Nasty D is a dancehall musician who has been in the music industry for over thirty years. Some of his popular songs include Aitaya, Fwelele and Bombasa among others. He is scheduled to perform from 8pm to 9pm.

2wice has been in the Zambian music industry for almost twenty years. His genre is mostly folk music, afro fusion and reggae. 2wice is known for using music to comment on social issues such as economic inflation. Popular songs include Tomato Balunda, Zebige and Manifesto. Mbototo is the lead vocalist for the Zambezi crew . Some of his popular songs include Umugete and It Can’t. The Zambezi Crew are scheduled to perform from 4pm to 5pm.

DJ Creejay is a radio presenter and DJ who has played at multiple festivals and has been featured on BBC 1xtra and BBC Radio. He is also a corporate, club and party DJ.

DJ Nano is one of the most popular DJs in Zambia – his genre is deep/afro house. He is known for remixing older Zambian music known as Kalindula, and fusing it with modern beats.