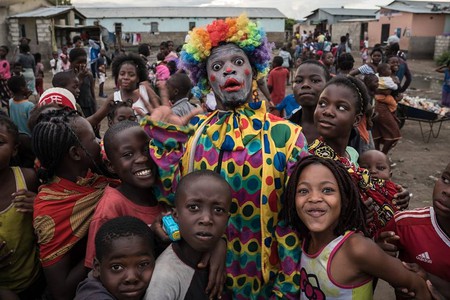 Four local performers have started a circus school to empower and inspire children from one of the most crime-ridden suburbs of Lusaka, Zambia.

Gift Chansa, Benard Kaumba, Amos Malokwa and Bright Kalutwa grew up in Chibolya. To keep their minds occupied and to stay out of trouble, they joined a non-governmental organization called Barefeet Theatre, a company founded in 2006 that uses acrobats and creative workshops to empower vulnerable children. Through Barefeet, the four traveled to China, the United States, Japan, the United Kingdom and other countries to perform at festivals and to receive acrobatic and circus training.

Upon returning to Zambia, Amos Malokwa and his friends wanted to “give back to the community by transferring the skills and the experiences that we learnt from other countries to our fellow young people”. Malokwa serves as Performance Manager of Circus Zambia and as an acrobat. His job description involves “looking for clients and directing performances. Sometimes I also act as a facilitator and run workshops with young people”. 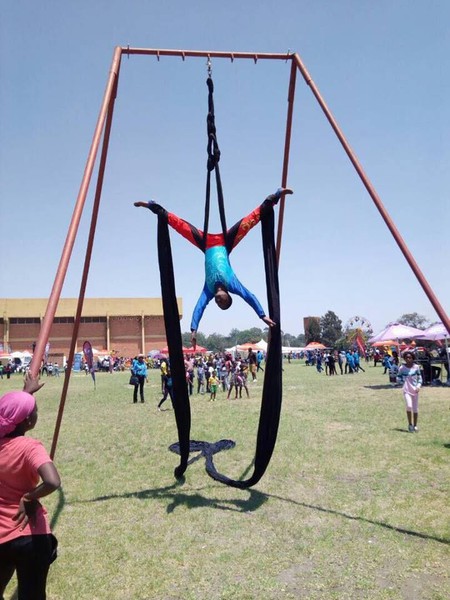 Gift Chansa is the Artistic Director of Circus Zambia. According to the Circus Zambia website, “Gift studied acrobatics in China at Wuqiao Acrobat Art School. He has also trained at The Fontys Circus Performance Academy in The Netherlands. He has performed and conducted acrobatic and gymnastic workshops in over 13 countries including Poland, UK and Germany”. In 2017, Gift performed at the Ted X Lusaka conference and in 2018, he was named one of the Queen’s Young Leaders. In an interview with CNN Africa, Chansa said about circus, “you go from being rejected because you’re from Chibolya to people clapping for you when you’re on stage”.

Amos is the Performance Manager of Circus Zambia and also works as an acrobat. He is proud that the organization has sponsored ten children from Chibolya. “We have also managed to have our own place (the Circus Zambia school is located in the Lusaka suburb of Kabulonga) where we can do activities with the vulnerable young people from Chibolya, and we are also putting up the theater where we will be doing our works and will be the first to put up a circus theater here in Zambia where people can come and watch circus shows”.

Bernard Kaumba is the Head of Finance at Circus Zambia. He was trained in China and has conducted workshops all over the world. “We noticed that we became famous in our compound because we could see all these kids following us and ready to explore and show the world what they are capable of. It’s difficult to express yourself especially if you are from Chibolya Compound, people think you have drugs in your pocket, a knife or you want to steal from them, and we wanted to change the image of our compound”. Bernard specializes in aerial acrobatics, juggling and acrobatic dance.

Bright Kalutwa specializes in acrobatics, physical theater and workshop facilitating. He has performed in cities across the UK including Liverpool, Manchester, and Edinburgh, and has also performed in Poland. According to Circus Zambia, “He hopes to change and inspire his local community through workshops and performance”. 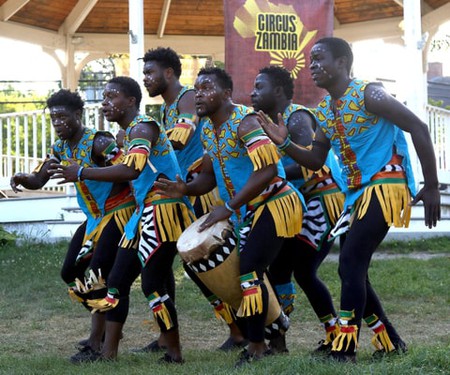 Other members of the Circus Zambia team include Charlotte Groen who is the Executive Director of Circus Zambia and Chris Hall, Head of Operations.