Looking Back at James Brown’s Iconic Visit to Zambia 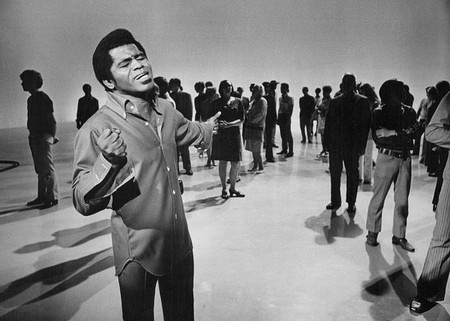 In December 1970, American soul singer James Brown landed at the Lusaka International Airport in Zambia (now the Kenneth Kaunda International Airport) to headline a series of concerts in Lusaka and Ndola. His visit is still fondly remembered by those who attended and his dance moves inspired a generation of teenagers. We look back at James Brown’s iconic visit to Zambia.

By 1970, Zambia had already been independent from Britain for six years and was led by Kenneth Kaunda, who a decade earlier had gone to the United States to meet Martin Luther King Jr. as a fellow freedom fighter. In the late 1960s and 1970s, African Americans were fighting for equal treatment during the civil rights movement and James Brown was one of many Black Americans who supported the cause. In the December 30 issue of JET magazine, Brown was quoted as saying, “I can’t rest until the black man in America is let out of jail, until his dollar is as good as the next man’s… The black man’s got to be free. He’s got to be treated like a man.”

With Kaunda managing to unite Zambia (which even before independence had a sizeable diverse population of caucasians, Indians and Zambians from 73 ethnic tribes) under the slogan ‘One Zambia, One Nation’, it was not surprising that Brown chose to make a visit to the country. While in Zambia, Brown made an observation which was printed in the Times of Zambia newspaper: “The difference between Zambians and and black Americans is that Zambians belong to themselves and Afro Americans are trying to discover themselves.”

Zambians were already falling in love with American culture through films and music. Sidney Poitier movies were broadcast at cinemas in the country. Poitier even visited Zambia along with Harry Belafonte in 1969, as did Louis Armstrong on a separate visit.

With regards to James Brown, Swithin Haangala who attended Brown’s show at the Independence Stadium said, “We grew up with his music. We knew his songs like ‘Say It Loud’ and he was a black man with an afro and nice shoes who to us seemed to be part of the American elite.” Haangala was in 10th grade and aged 16 at the time of the concert. As a lover of music which was passed down from his brother Smokey Haangala (who went on to become one of the most popular Zambian musicians of the 1970s and 1980s), he vividly remembers the independence stadium show.

“My uncle was the Vice President at the time (Mainza Chona), so I was privileged to be in the VIP convoy. I went with my cousins who were 14 and 16 at the time. James Brown seemed shorter in person. We were used to seeing him in pictures where he appeared quite tall. He was wearing a flower power shirt, black belt, a black safari suit and black shoes with a heel. Although Brown was a great performer, I was drawn to the bassist in particular.”

Rose Zimba was a student in high school at Luanshya Girls Secondary School in 1970. High schools had closed for the Christmas holidays and Rose headed back to Lusaka. She attended one of the Lusaka shows with her uncle who was in the army and his then-girlfriend. She said, “I was very excited about the show because James Brown was the ‘in thing’ at the time.”

Mulungushi Conference Center, one of Lusaka’s most popular live music venues, was the setting for the second Lusaka show. According to the Times of Zambia, 2,000 tickets were sold. One of the attendees is pictured in the newspaper with the caption, “Flour Power: One Lusaka fan went to the extent of flouring his hair to add effect to his participation in James Brown’s Mulungushi Hall performance.” 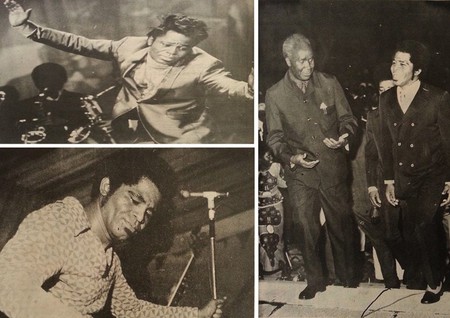 Guy Scott who served as the interim president of Zambia between October 2014 and January 2015, Vice President from 2011 to 2014 and has held other political appointments in the country, attended the Mulungushi concert with his friend, Trevor. He said, “Initially I thought that things would get out of hand because there were so many people there. But everyone was cheering, singing and dancing.”

The Ndola concert took place at the 25,000-capacity Dag Hammarskjöld stadium on December 12. According to writer Charu Sudan Kasturi for Ozy.com, Brown, “arrived on the stage like a bouncing ping-pong ball as police held back a hysterical crowd.” Not all attendees were thrilled with the show, however. In an anonymous letter to the Times of Zambia newspaper, the writer stated: “To begin with, this man having arrived 35 minutes late had no courtesy of apologising to the many innocent people who came from all over the Copperbelt to pay their hard earned K2 (20 ngwee or two US cents in today’s money) to see him sing only six monotonous love songs. I feel that the show was only worth 20 ngwee at the very most.” 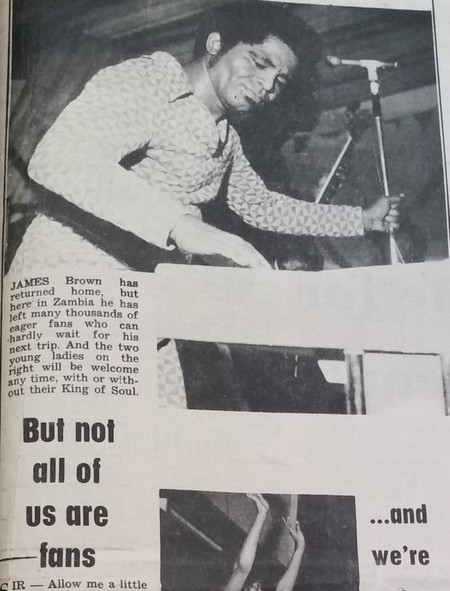 While in Zambia, Brown was named the state head of music by President Kenneth Kaunda and offered land. Upon his departure, he promised to return the following year. Brown never did return to Zambia, but the memories he left behind will stay with the people who attended his concerts for a very long time. Brown did however, return to the continent four years later, this time to Kinshasa for a three-day festival organised by the late Hugh Masekela.

In terms of the soul singer’s post-concert impact, Haangala referenced how teenagers including himself started dressing in bell bottoms when attending ‘Teen Time’, a live show that featured youths dancing to records and aired on the national broadcaster Zambia National Broadcasting Corporation TV. He recalls that there was a boy from Munali secondary school who appeared on the show and did a great impersonation of Brown, particularly his dance moves. Zamrock bands that formed in the 1970s such as The WITCH wore bell bottoms and had afros, probably inspired by Brown.