Water plays a major role in Zambian life, whether as a means of transport as with lakes and rivers, or as a source of food in fishing and farming. It comes as no surprise then that many local myths and legends revolve around various water gods. Here’s an insight into the most fascinating.

The Nyami Nyami is known as the ‘Zambezi river god’, and the Tonga people of Southern Province believe it is their protector. According to legend, Nyami Nyami and his wife lived at the site of the Kariba Dam, whose construction in 1956 led to the tribe and their animals being displaced. According to legend, Nyami Nyami was angered because the dam led to him being separated from his wife. In his fury, he unleashed floods in 1957 which were the worst in a hundred years. A year later, 17 people working on the dam died, an event which locals attributed to Nyami Nyami not being asked for permission before the dam was built. Nyami Nyami is depicted as a creature with the head of a fish and the body of a serpent.

The spirit of Kapembwa

The Lungu people of Northern Zambia believe in the water spirit Kapembwa, who resides in a shrine in Kapembwa village where people in search of safe passage across Lake Tanganyika make prayers and offerings. According to legend, there are two different shrines dedicated to Kapembwa: one that is man-made, and one that the spirit created, which is only visible to people who are considered pure, and is said to be a shining house that reflects all the colours of the rainbow. It is also said that in times gone by, virgins were thrown off a cliff near the shrine as a sacrifice to appease the spirit. 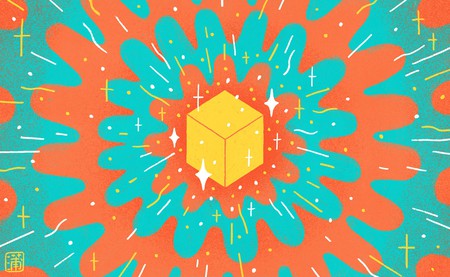 The Mutumuna Falls are located above the Chishimba Falls in the Northern Province of Zambia. It is said that the spirit of Mutumuna lives a short distance south of the falls in a shrine. The spirit represents a brother and sister – Makumba and Ngosa – who according to legend came into being after falling from the sky. Their shrine is tended to by a high priestess called Chitemwene, whose job it is to make sure a sacred fire in the shrine never goes out. Visitors to the Mutumuna Falls are expected to respect the spirit by not insulting each other, having sexual intercourse or fighting in the vicinity of the falls.

Lake Kashiba is a sunken lake in Mpongwe, a town in the Copperbelt Province. There are several myths surrounding the lake, one of which is the presence of ‘ ichitapa’ or ‘lsoka lkulu’, a monster which preys on the shadows of men, paralysing them and causing them to fall into the lake and never have their bodies recovered. 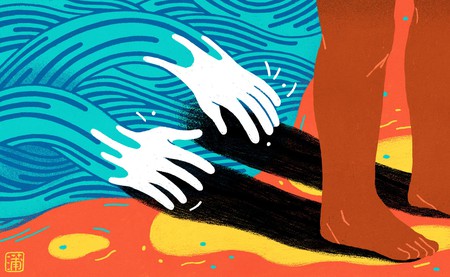 The Ntumbachusi Falls are a series of falls in Luapula Province. The Chishinga people, who are the local tribe in the area, believe it is a sacred space and that the water has the ability to rid whoever bathes in it of bad luck. Future local chiefs are said to bathe in it for that reason before they are installed on the throne.

The Tabwa tribe of Northern Zambia have a sacred place known as the balancing stones. Located inside Nsumbu National Park, this shrine sits near the shores of Lake Tanganyika, where the fishing god is believed to reside. To ensure a good harvest for the fisherman in the same area, a ceremony is held before the fishing season in which a witch doctor wearing all white sacrifices a white chicken to the god.

Kitapo – also known as the water mermaid – resides in the Kafue River, and is said to save children from waves and rapids, swallowing only those who are not virtuous, especially those not offering sacrifices. 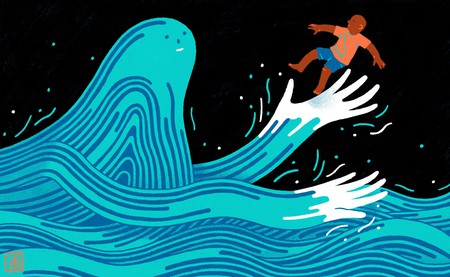 In the early 20th century, the King of the Lozi people of Western Province claimed he saw a hippo-sized creature with a snake-like head, a long neck and lizard-like feet. The monster was later named ‘Lengolengole’, and was said to drown canoe occupants on the Zambezi river and collapse riverside villages.