9 Reasons Why You Should Get Lost in Lusaka 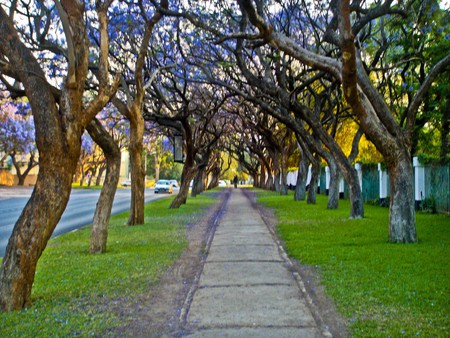 Lusaka, the capital city of Zambia is often seen as a stopover city on the way to destinations like the Victoria Falls or national parks like South Luangwa and Kafue National Park. However, the more than 100-year-old city has a lot to offer including history, art, food and more. Here are the reasons why you should get lost in Lusaka.

The city of Lusaka was built around roads like Cairo Road, which is considered the Central Business District. In 1914, the Lusaka Hotel opened its doors and is still open to the public. Head over there for a taste of the Il Bambino restaurant’s famous oxtail stew.

Kenneth Kaunda, the first president of Zambia resided at Chilenje House Number 394 from 1960 to 1962. The house is a national monument where visitors can learn about the struggle for independence of Zambia as well as the history of Lusaka. The house is open to the public daily except on Monday afternoons and Tuesdays, from 10am-1pm and from 2pm-5pm. The entrance fee for internationals is USD$15 per person. 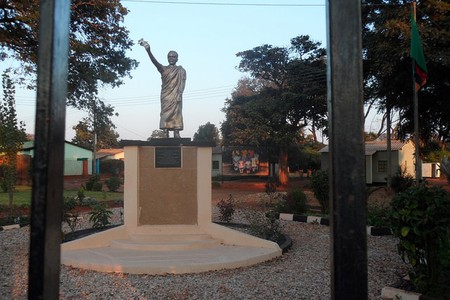 Lusaka has a number of vibrant large open-air markets where all kinds of items can be purchased, from food to second-hand clothing to souvenirs. Comesa Market in the central business district is known as the go-to place to purchase vibrant wax print cloth, locally called “chitenge“, while Kabwata Cultural Village in Kabwata is a great place to support local craftsmen who make and sell everything from pottery to key chains. The Dutch Reformed Market in Kabulonga held every last Saturday of the month is another opportunity to buy local items, as is Pakati Market held in the Protea Hotel parking lot behind Arcades shopping mall.

Beyond the Lusaka Museum, the capital city has had a burgeoning contemporary art scene for several years. Modzi Arts stages experimental art exhibitions and has different types of creative events such as panel discussions, concerts, film screenings and more. The cost of their events range from free to approximately USD$10. The Start Foundation located at 37D Gallery in Kabulonga hosts artist exhibitions, and is open to the public on Tuesdays and Thursdays from 9am-5pm. There is no entry fee. The Namwandwe Gallery off Leopards Hill Road has a good selection of sculpture and paintings from the owner’s personal collection. It is also free to enter, but has a USD$10 photography fee if you want to take pictures. 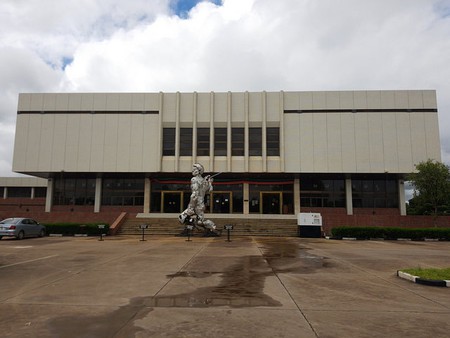 Fill your stomach with delicious offerings of Zambian cuisine from the various traditional restaurants located in the city. Nshima, a corn staple, is served with fish, chicken or beef and vegetables such as chibwabwa (pumpkin leaves) or kale mixed with peanuts. Try Twaala Restaurant, popular with tourists and locals for its fair prices.

Lusaka has plenty of themed restaurants to suit whatever craving you may have, from Indian restaurants such as Dil, to Melsim which serves Ethiopian traditional cuisine, and Istanbul Cafe and Restaurant which specializes in Turkish food.

Lusaka has a nightlife scene mostly concentrated along Great East Road. The Keg and Lion at the East Park Mall is a popular after-work drinks spot. Chicago’s Reloaded at the East Park Mall is an outdoor bar where visitors can enjoy drinks and DJ sets. If you’re into live music, bands usually have short residencies at hotels such as the Intercontinental, home to well-known jazz and cover band called Uncle Rex and The Band every Friday from 6.30pm-11pm. O’Hagan’s, an Irish pub in the suburb of Woodlands has a live band on Thursday evenings.

If you want to see wildlife, you’re in luck – Lusaka is one of the few African capital cities that has a national park. The Lusaka National Park opened in Lusaka East in 2015 and has white rhinos, giraffes, and antelopes. Entrance to the Lusaka National Park is USD$3 per person. To see elephants, head to the Elephant Orphanage at Lilayi Lodge where visitors can view baby elephants being fed. Visiting times are 11.30am-1pm daily, with feedings at 11.45am. Elephant viewing is free, although a donation is recommended. There are also opportunities for game drives at the lodge.

For an ‘out of town’ experience within the city, Chaminuka Game Reserve and Lodge has half-day trips that include a game drive, a boat cruise, horse riding , fishing and lunch. Weekend trips include bushwalks and bird watching.

I may love rescued baby elephants even more than Brendan and Nuval love taking pictures of bugs in poop. Lilayli Elephant Nursery is an amazing place! 🐘

Lady Betty taking off on Kafue river. We biked here just to see it drive away. Will go on it another time. #kafue #kafuerivercliff #ladybetty #zambia

Zambia’s most beloved sport is soccer. Whenever there is a match featuring the senior national team or the under-20 team, known respectively as ‘Chipolopolo’ and ‘junior Chipolopolo’ (this translates to ‘bullet’, and ‘junior bullet’), locals wear their soccer jerseys and scarves, and head to the Heroes Stadium to cheer them on. Join in the fun by experiencing a game. To find out fixtures, stay updated via the Football Association of Zambia’s website. While at Heroes Stadium, take the short walk to the Heroes Acre at the Independence Stadium, which is the final resting place of the 1993 senior national team who died in the Gabon Air Disaster en route to a world cup qualifier match.