9 Musicians From Zambia You Should Know 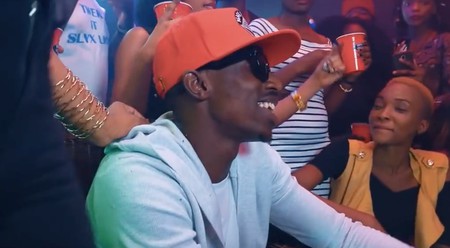 Zambia may be known more for its natural wonders than its music, but this southern African country has developed a vibrant industry, pioneering new genres like Zamrock (Zambian rock) since its independence. This is our guide to nine musicians from Zambia worth knowing.

Jay Rox began his career as part of an award-winning hip-hop group called Zone Fam. The group eventually disbanded in 2013 and the rapper returned to a solo career he had started before joining the group. His first release after the split was an album in 2015 called Outside The Rox and featured songs such as ‘Joanna,’ ‘Auto Pilot,’ ‘Not For Sello’ and more. In 2017 he released Lusaka, an homage to Zambia’s capital city. The album features songs such as ‘Glory,’ ‘Best Father Alive’ and ‘Camera Ready’. His latest offering, titled ‘Outside The Rox 2,’ was released on June 4, 2018. The album features a collaboration with Kenyan singer Victoria Kimani.

Chef 187 is one of Zambia’s most acclaimed hip-hop artists. He tackles an array of subjects in his music, and in an interview with CNN African Voices, stated that his music is “relatable because I talk about everyday issues.” One of his songs that features social commentary is ’99 Jobs,’ which highlights how a poor economy has led to many people having to work multiple jobs to make ends meet. Although initially he mostly performed and rapped in English, Chef added Nyanja (a language from Eastern Zambia that is spoken mostly in the capital city, Lusaka) and Bemba, which is spoken in Northern Zambia and the Copperbelt region where Chef hails from. Chef’s brother, Macky 2 is also a popular hip-hop artist in Zambia.

Eleftherios Mukuka, or ‘El Mukuka,’ is a Greek-Zambian DJ and producer who is credited with being Zambia’s leader in the EDM/house music genre. A graduate of the Berklee College of Music, he released his first single, ‘Heart,’ in 2013. He then went on to release an album in 2015. According to his Facebook page, El Mukuka’s music is described as “uplifting, infused with African elements, rich in melody & harmony and groovy.” El Mukuka has performed at various festivals in Zanzibar, Zimbabwe and Zambia. His latest single is called ‘All I Need.’

Exile, who is currently a gospel artist and goes by the name ‘Izrael,’ began his career as a signed artist to Mondo Music, a recording company and studio that was founded in 1999. His first album, So Lucky, featured a song of the same name and set the tone for the love songs he would become known for. He frequently collaborates with his wife, Nalu, on songs such as ‘House, Money, Cars,’ ‘Efindingile,’ ‘Run Away Together’ and the 2017 song ‘Si Manso’. In 2015, he became a gospel artist under the Lota House music label.

Slap Dee is a Lusaka-based hip-hop artist whose debut album was released in 2006. He gained more recognition when he was embroiled in a rivalry with Copperbelt-based hip-hop artist Macky 2. Some of Slap Dee’s most well-known songs include ‘Kuchaila,’ ‘RTSA’ and ‘Waumfwa.’ In 2017, he was selected to feature on Coke Studio Africa’s television show. In 2018, Slap Dee made headlines when he refused to be an opening act for a Nigerian musician because he was offered 10 times less than the headliner. Fellow Zambian artists took to twitter to voice their support, and eventually he was offered a larger amount of money. His latest single is titled ‘For A Long Time’.

Mampi Mukape, whose stage name is ‘Mampi,’ is known as Zambia’s dancing queen. Her uptempo R’n’B songs such as ‘Walilowelela,’ ‘Why,’ and ‘Love Recipe’ can be heard all over the African continent. Her debut into the Zambian music industry began with her first album in 2005 called Maloza. She has performed in Zimbabwe, Australia, Uganda, and England among other countries, and has won numerous awards. In April 2018 she was featured on CNN African Voices where she shared how a personal tragedy led to her pursuing music as a career.

Clementine Mulenga, known by her stage name ‘Cleo Ice Queen,’ is a female rapper. She recorded her first song at the age of 16 and in 2012 released the single ‘Big Dreams‘ featuring renowned artist JK. In 2016, her debut album Geminice was released and featured songs such as ‘Soldier,’ ‘Turn Up,’ ‘Addicted’ and more. That same year she was selected to participate in the Coke Studio Africa television show where she was paired with South African kwaito singer Bucie to record a song called ‘Simunye.’ Her latest single is called ‘Don’t Say Goodbye.’

Wezi Mhone is an afro-soul singer who has been active in the Zambian music industry since 2012. Her first video release was a song called ‘Ambuya,’ which was a tribute to her late grandmother. After opening for South African singer Zahara at a concert in Lusaka, she competed as a contestant on the Airtel Trace Music Star competition where she was named first runner up. In 2015, she featured on Willz song ‘Toliwe,’ and released a cover of hip-hop group Zone Fam’s popular song ‘Translate’. In 2016 she released an EP titled Uhai, which featured highlights from her discography over a three-year period. In March 2018 she performed at the Glasgow edition of the Lake of Stars Festival and spoke out against sexual harassment in the Zambian music industry to the BBC. Her most recent release is a song called ‘Munanitema’ featuring Cleo Ice Queen.

Afro-R’n’B singer-songwriter Roberto has been a key feature in the Zambian music industry for more than a decade. He was inspired to pursue music by his brother, Ozzy, who is a rapper. Some of Roberto’s famous songs include ‘Amarulah,’ which was played on radio stations from Mauritius to Ethiopia. He has toured in countries like Uganda—where he picked up an award for Best Song in Southern Africa at the 2018 Hipipo Awards—Zimbabwe, Kenya, Tanzania and others. He released his fifth studio album Superstar in August 2017, which includes a track called ‘Vitamin U’ that features Tanzanian songstress Vanessa Mdee. Roberto’s latest single is called ‘Contolola.’