12 Traditions Only Zambians Can Understand 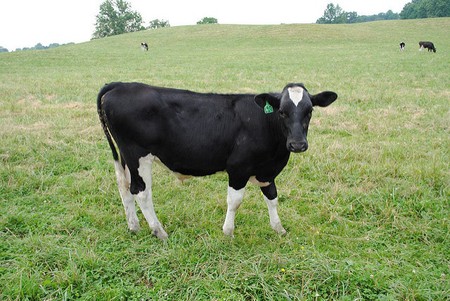 In the olden days, cows were given as dowry | © Kate Sheets / Flickr

Navigating the many customs and traditions in Zambia can seem overwhelming for a first-time visitor. If you’re planning a trip and want to make sure you’re fully versed on all things etiquette, check out our need-to-guide for the ultimate insider info.

Names are very important in Zambia. Children are usually named after notable family members, or in cases where a child is born after twin children, they are usually called ‘Chola’ in the Bemba tribe from northern Zambia. In the Tumbuka tribe from eastern Zambia, there are various names for twins – Pashani and Mpyela (a surviving twin), Mulimba, Goli (first of twins), Fulata (second of twins), Tombi (long-awaited baby girl). In The Tonga tribe from southern Zambia, a child who is born after all girls or all boys is called ‘Mutinta’. Sometimes children are named according to occurrences when the child is born. For instance, in Luvale, ‘Kahilu’ is the name given to a child whose parents lost a baby before. Culturally they are supposed to try for another, and when they have one it’s called Kahilu, meaning ‘the one who returned’.

A dowry or bride’s price in Zambia is called ‘lobola‘. This is a pre-wedding practice where the groom is asked to pay an appreciation fee to his intended wife’s family for raising her well. This fee is usually in monetary form in urban cities, or in livestock in rural areas. Before the process, a groom must declare his intention to marry the bride by bringing plates filled with money which is called ‘nsalamu‘ to his bride’s relatives.

In the olden days, cows were given as dowry | © Kate Sheets / Flickr

At funerals, men and women are separated. The men sit outside a funeral house, while the women mourn inside the house for the duration of the funeral. During the burial, there is no segregation. Women are required to wear ‘chitenge‘ (a cloth made from cotton and printed with images or decorations) during funerals and burials.

When at someone’s house and offered food, it is rude to say no, even if a meal has already been eaten before the visit. It is also considered rude to not finish a meal. As most traditional meals in Zambia are served buffet-style, the visitor should pick only food that they are able to finish.

A man that is about to get married is treated to a pre-wedding buffet by his future wife’s female relatives. The ceremony is called ‘icilanga mulilo‘, which is from the Bemba tribe of northern Zambia, and directly translates to ‘show the fire’, alluding to the fact that most of the meals prepared are done on coal or firewood instead of a stove. The pre-wedding buffet consists of traditional foods that the groom can expect to be served in his matrimonial home. The cooking of the food takes place at the bride’s relatives house, then it is carried to the groom’s relative’s house, usually accompanied by traditional drummers and singers. 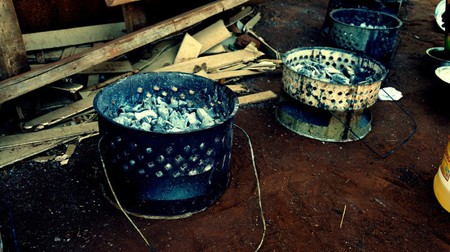 Only men being allowed to eat particular pieces of meat

Traditionally, larger and specific pieces of meat were usually reserved for the men in the family as they were the sole breadwinners. For instance, it was taboo to serve a man the rear end of a chicken, but he could be served the breast or drumstick. In modern times, this has changed but may still be observed in some instances.

Tribes from the northwestern province of Zambia such as the Kaonde, Luvale, Lunda, Ndembu, Luvale, Chokwe, Mbunda and Luchazi practice ‘mukanda‘, which is when boys who reach puberty go into seclusion for a few months. They are circumcised and taught how to behave when they are married. At the end of the seclusion, there is a ceremony where the boys perform dances and are reunited with their family members. At the onset of puberty, some girls are taught how to elongate their labia. In the olden days, labia elongation was thought to ease a woman while she was in labor. In modern times, it is used more as an aphrodisiac for the man a woman will marry or have sexual relations with.

When greeting or serving elders, younger people usually kneel. It is also considered rude to speak when elders are speaking, unless directly addressed, and it is considered rude to accept anything with the left hand, even if left-handed.

In Zambian culture, a woman must wear a chitenge in the presence of her in-laws to show respect. She is also expected to serve traditional Zambian food to them, and is expected not to serve a banana or a spatchcock chicken.

Zambians belong to one or several of approximately 73 tribes, all of which have unique traditional ceremonies. These ceremonies celebrate harvests or reenact parts of a tribe’s history. They are held throughout the year and are free for any Zambian to attend regardless of tribe. The popular ceremonies include Kuomboka, N’cwala and Umutomboko among others.

The King's barge- Kuomboka is a word in the Lozi language; it literally means ‘to get out of water’. In today's Zambia it is applied to a traditional ceremony that takes place at the end of the rain season, when the upper Zambezi River floods the plains of the Western Province. The festival celebrates the move of the Litunga, king of the Lozi people, from his compound at Lealui in the Barotse Floodplain of the Zambezi River to Limulunga on higher ground. The ceremony is preceded by heavy drumming of the royal Maoma drums, which echoes around the royal capital the day before Kuomboka, announcing the event. The King's state barge is called Nalikwanda and is painted black and white, like Zambia's coat of arms. On the barge is a replica of a huge black elephant, the ears of which can be moved from inside the barge. There is also a fire on board, the smoke from which tells the people that the king is alive and well. For his wife there is a second barge. This one has a huge cattle egret (Nalwange) on top. The wings move like the ears of the elephant, up and down. #africanculture #africa #culture #zambia #tradition #rituals #rites #africanpeople #efritinblack #myafrica #kuomboka

Zambia was colonized by the British under independence in 1964, and one of the things that they left behind was their love of afternoon tea. In Zambia, 4pm tea is called ’16 hours’ and usually consists of tea with fritters (round doughballs which are fried in hot oil), bread or biscuits.