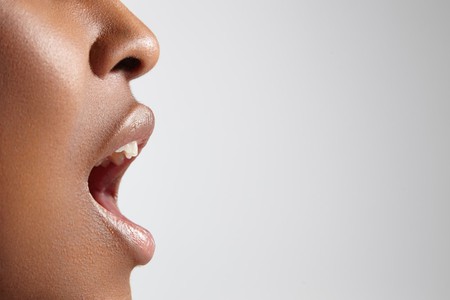 Ugandans woke up to the news of their President’s intention to ban oral sex. “The mouth is for eating, not for sex. We know the address of sex, we know where sex is,” Uganda’s President Yoweri Kaguta Museveni cautioned his people.

In 2014, while signing the Uganda Anti-Homosexuality Bill, in an address Museveni warned the public of the dangers of the wrong practices indulged in and promoted by some of the outsiders. He also claimed that oral sex could cause worms, saying, “You push the mouth there, you can come back with worms and they enter your stomach because that is the wrong address.”

The president of Uganda wants to ban oral sex, insisting "the mouth is for eating." Bill Clinton was unavailable for comment.

The Parliament of Uganda passed the Uganda Anti-Homosexuality Act 2014, formerly known as the “Kill the gays bill” by the Western media for its death penalty clauses, on December 20, 2013. Museveni signed it on February 24, 2014. In his statement regarding the bill he said, “It seems the topic of homosexuals was provoked by the arrogant and careless Western groups that are fond of coming into our schools and recruiting young children into homosexuality and lesbianism, just as they carelessly handle other issues concerning Africa.”

On August 1, 2014, at the delight of the LGBT community and the human rights activists, the Constitutional Court of Uganda annulled the Act on procedural grounds. The talk quieted down, but because the internet does not forget, netizens resumed the buzz recently. Culture Trip talked to a few Ugandans and asked them their thoughts if this were to happen.

Africa has some of the dumbest presidents in history, Museveni who has impoverished Uganda running it like a kiosk is now warning Ugandans against oral sex as if he has fixed everything except sex. Please tell that old man, most men are pathetic, oral sex is the only consolation.

Joseph Owino, an entrepreneur said, “If I headed the committee to promote oral sex in Uganda, I would be licking my lips right now! The president just did the job for me by making it a national discussion! I swear that phantom porn machine will be overwhelmed as Ugandans who previously had no idea about oral sex Google!” Uganda’s government is working so hard to keep its citizens’ well-being pure that the Ethics Minister Father Simon Lokodo appointed a pornographic-control committee and a high-tech pornography detection machine will soon arrive to help them in the crackdown of elicit content troubling Ugandans.

Meanwhile in Uganda, citizens are reminded that "The mouth is for eating" -President Museveni. pic.twitter.com/no3ajK6qZN

Ronnie Mutebi, a pastor, had no idea what oral sex was, so Culture Trip tried to explain to him, “Oh. Why do people do it? I admit I’m not familiar with it but I wonder how the ban would be regulated. Perhaps, oral sex in public could be banned but I’ve also never seen it.”

Lillian Babirye, an artist, stated: “First of all, I don’t know why the President would be concerned about our sex lives, surely there are more pressing matters. Secondly, sex is an art. Like any form of art, sex evolves. We are doing what the President didn’t do in 1962. We are using everything now to have sex.”

TMS Ruge, a farmer, said, “If we’re going to fight bush wars, I don’t think this one needs a commander in chief. The country may be young but I guarantee we didn’t get there because people needed a lecture on how to use their body parts.”

Night Elizabeth, an administrator, was shocked that people do such things, “Why in the world would anyone do that?” She asked Culture Trip. She pointed out that women carry all sorts of sexually transmitted diseases and urinary tract infections. “It isn’t sanitary at all. I support the president on this one.”