Fashion Designers to Know From Uganda 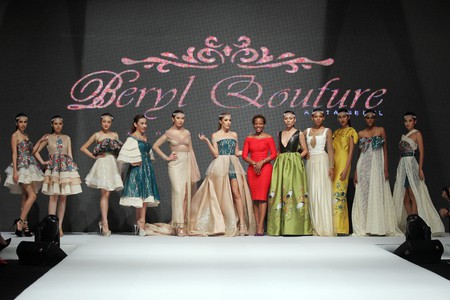 The fashion industry in Uganda is a force to be reckoned with, with many fashion designers spreading their wings and flying the Ugandan flag high. Here are some of the best designers in Uganda’s budding fashion scene.

Sylvia Owori, is a business woman, entrepreneur, chairperson and CEO of Zipa Modeling Agency and fashion brand Sylvia Owori, one of the pioneers of the fashion industry in Uganda. For Owori, fashion is something beautiful, with which one can express their identity, and show the world who they really are through their sartorial choices. She thinks fashion should be exciting and simultaneously polarizing—that fabulous tool the world can rightfully use in any context to better people. “To me as an African woman, I look at fashion as the bright mouthpiece, which encourages us to allow our voices to be heard, to fight for what we believe in as individuals, motivate lovers to stand up for something, anything. That is what fashion should be and that’s why every Sylvia Owori outfit or collection, be it haute couture or ready-to-wear pieces, are made with a lineage to clean cuts, muted colors and prints. My designs are mostly made with a busy, Afro-centric woman in mind, as a way of celebrating her newfound strength, optimism, passion and audacity to dream big!” 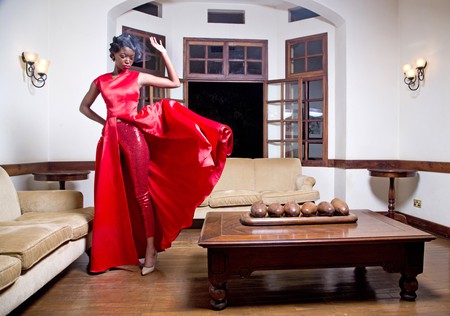 Anita Beryl Ahikiriza, or just simply Anita Beryl, is founder and CEO of the luxurious fashion brand Beryl Qouture and aims to bring out the inner style and beauty of her clientele. With a focus on haute couture and ready-to-wear pieces, Beryl’s fashion brand has managed to grow into one of the most sought-out fashion design houses in Uganda. “Fashion to me means life; it’s a way of living, a great means of communication, a way to express oneself without saying a word. It’s choosing to feel good by simply wearing something nice, deciding to be just about anything by dressing like or for it; it is freedom to be anything one could ever want. And for a fashion designer, being able to earn a descent living while helping people achieve the above and making their dreams come true in different ways, is simply incredible.” 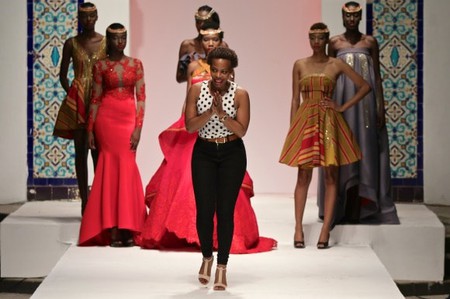 Raphael Kasule is the owner of K-Rafael Couture fashion brand. Kasule began his fashion journey at the age of 13, when he started tinkering with his mother’s sewing machine. His fashion brand is famed for its unconventional concepts and approach to style. Rafael’s highlight was when he designed the official national ceremonial wear for Uganda’s Olympic team, which was quite well received at the Rio 2016 Olympics. “Fashion means so many things; a way of life, culture, an art, source of income. But in general I take it as a platform to express fantasies, thoughts, emotions, among other things. As for the K-Rafael brand, the vision is to make it to the top African designers, to spread outlets and a wide employment and training scheme around Uganda, equipping the less privileged. I would also like to get into the global film costume industry, mainly with adventure, sci-fi, and video production.” 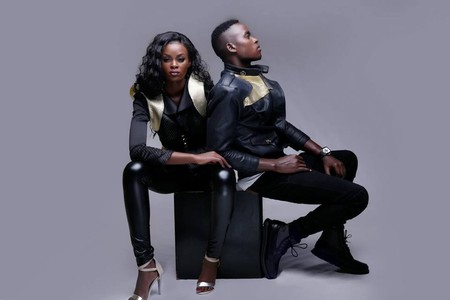 Xenson is a multimedia artist and the brilliant brain behind the Xenson fashion brand. Xenson is famed for its creativity greatly influenced by the grandeur of African arts, culture, the vitality of African dance and hip-hop as a free, expressive art form. “For me, every creation is a narrative of a complex historical idiom correlated with a poetic contemporary occurrence. The process is very organic and embodies modern African ingenuity and ancient craftsmanship. Materiality involves recycling consumerist by-products, interplayed with organic or natural materials.” 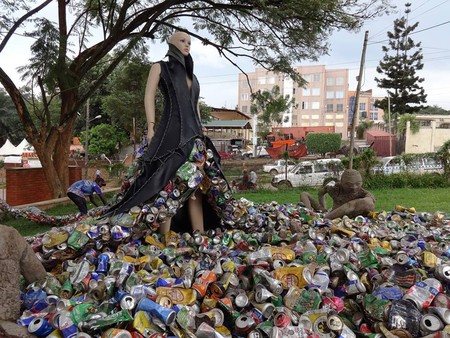 A recycled body of art by Xenson. | Photo Courtesy of Xenson

Brenda Maraka is a textiles designer with a passion for promoting Uganda’s art, culture and traditions through fashion. For Maraka, fashion is a channel of expression, not just for herself but also for her clients. “It’s been my livelihood and has propelled me to where I am today. Fashion has opened up doors for me, to meet people I never imagined I would meet, to make friendships and visit several countries.” 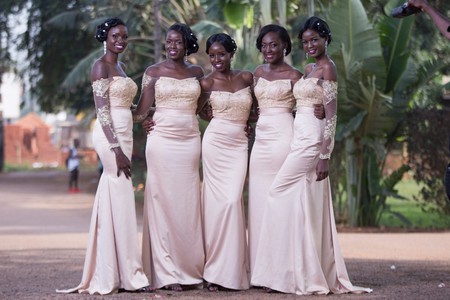 Charles Kasozi, aka Ras Kasozi, is founder and creative director of Kas Wear. It was his lack of financial capital that motivated him to explore new and unusual avenues through recycling to create unique designs. Kasozi began experimenting with different textiles and materials to create one-of-a-kind looks which he is now famous for. 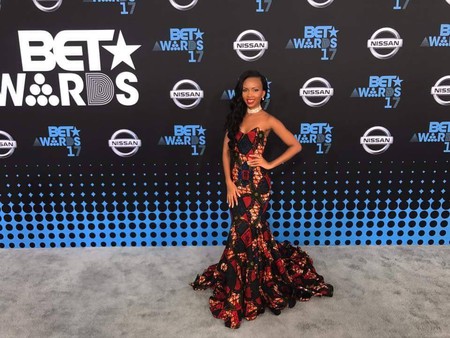 Philip Buyi is an actor, founder and creator of the Kkoolo fashion brand. Kkoolo means “crow” in Buyi’s native language, Gisu. The brand specializes in designing and manufacturing customized street, haute and ready-to-wear apparel for both men and women. Buyi’s goal for Kkoolo is to return, rediscover, and redefine African culture today. “Fashion is an image and character we portray.” 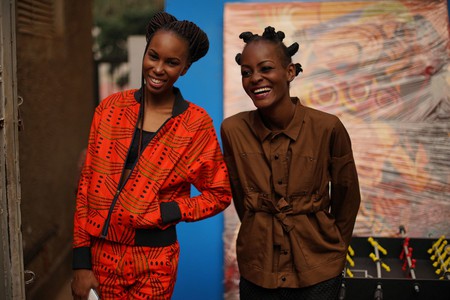 Sheila Lukwanzi is the force behind the formidable Lukwanzi fashion label. Lukwanzi aims to remain enthralling and show a degree of inventiveness through its signature style. It is a unisex brand, currently producing one collection a year. “Fashion to me is freedom, the freedom to change and break barriers. It’s an art and therefore a means of deep communication. Fashion is courage, it’s bold and beautiful.” 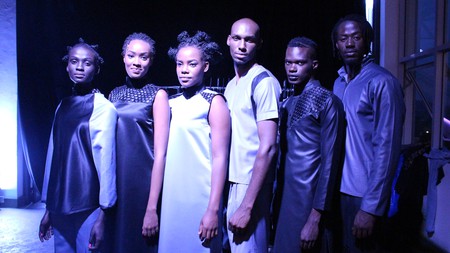 Stella Atal is based in Paris, France. Atal, a professional painter, describes her fashion as wearable art. Having grown up in an artistic family, it was only natural to take on fashion. Atal uses the opportunity of living in the fashion capital to elevate Uganda’s fashion industry to an international level by connecting upcoming fashion designers to international fashion communities. 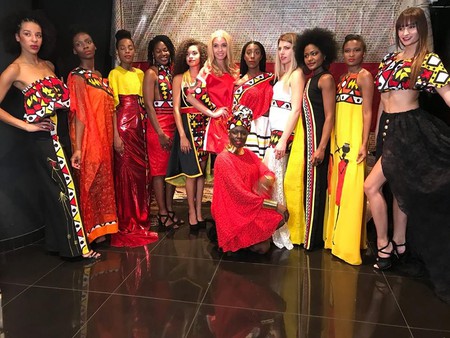 Santa Anzo is another pioneer of Uganda’s fashion industry. Anzo is the Chief Fashion Designer and Managing Director of Arapapa Fashion. Anzo says that fashion is not just about glamorous models and glitzy catwalks, it is also a multi-million dollar industry that creates millions of jobs just like any other business. “The fashion industry includes many sub-industries, it has an amazing value chain.” 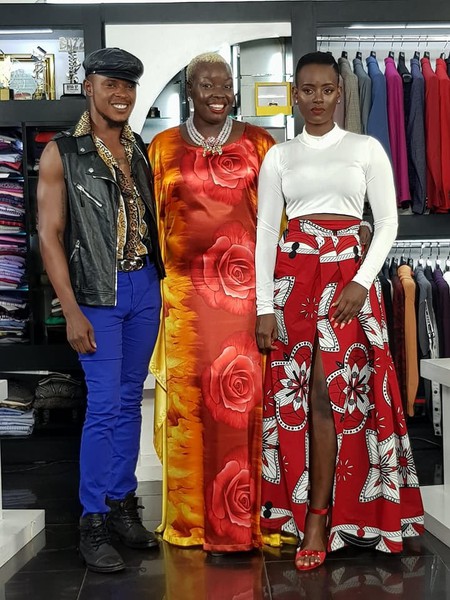