Amazing Places You Didn’t Know You Could Ski 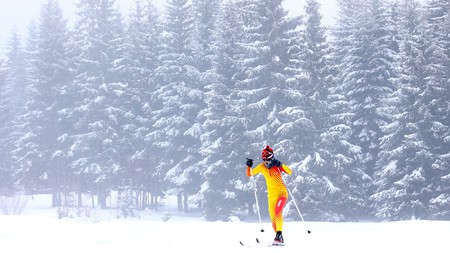 Head off-piste at these incredible, little-known ski destinations around the world | © Xinhua / Alamy

Think skiing and you usually think of winter destinations. But some countries that are better known for their warm climate and year-round sun have high mountain ranges with impressive ski resorts. Read on to discover some of the most unusual ski destinations in the world.

When you picture Uganda, you probably have an image of scorching African sun, right? Well, it’s also home to glaciers in the Ruwenzori mountains, with Margherita Peak, on Mount Stanley, Africa’s third highest peak at 5,109m (16,762ft). At the foot of the mountain range, you can encounter leopards, chimpanzees, elephants and gorillas. You won’t find any ski lifts here, so prepare to climb using your own two feet; 43 glaciers have been identified to date, but some of them have sadly started to melt and will continue to do so due to climate change. 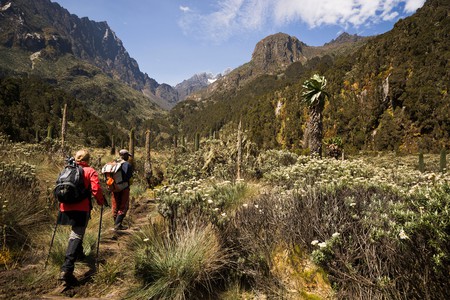 North Korea opened its first and only ski resort in 2013. It was built in just 10 months in an attempt to attract more visitors to the country. With 110km (68mi) of runs spread across nine pistes, Masikryong also features a ski school, a kindergarten and a children’s snow park. There’s also a 120-room hotel, where you can enjoy time away from the slopes relaxing in the sauna or massage room, playing billiards or having fun twirling around the ice-skating rink.

This ski resort built in the 1990s in Swat Valley, Pakistan, was destroyed by the Taliban in 2006 but reopened five years later. Lying at 2,804m (9,199ft) high up in the Karakoram mountain range, the fairly small Malam Jabba is equipped with one lift and a rental shop providing ski and snowboard equipment. During the summer months, the resort is also a popular hiking destination; Saidu Sharif Airport is about 50km (31mi) away. 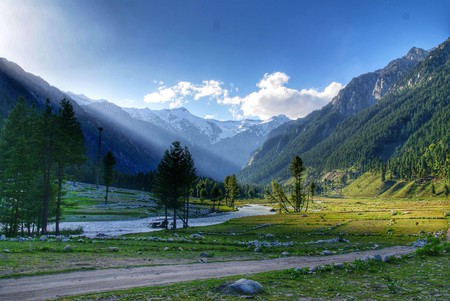 Surprisingly, one of the highest ski resorts in the world is in Iran, where the ski lifts go up to 3,600m (11,811ft). Dizin is also one of the largest resorts in the Alborz mountain range – the other two being Shemshak and Darbandsar. The ski season lasts longer in Iran, typically from mid-November to May, and the dry climate makes for some of the fluffiest and deepest snow in the world. The lifts keep working even when the snow melts, as Dizin doubles as a grass-ski centre in the summer.

You probably wouldn’t consider Europe’s largest active volcano, 3,357m (11,013ft) high, as a prime skiing spot, yet in winter it gets below freezing. Mount Etna has two ski resorts: Piano Provenzana, on the north side, and Nicolosi, on the south; Nicolosi, the larger of the two, has five pistes, with lifts taking skiers to the summit. Because of its height, skiing is possible here from November to the end of March and sometimes even into April. 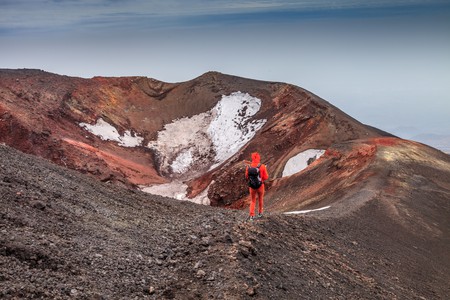 Sure, Greece is all about sun and beaches – but it also has a lot of mountains, some of which are perfect for skiing during the winter months. Mount Olympus, the highest of them all, is known as the residence of the Olympian gods according to Greek mythology – or, more poetically, the “throne of Zeus”. Its highest peak, Mytikas, rises to about 3,000m (9,842ft), while the mountain sees about 9m (30ft) of snowfall every year. The resort, in the region of Thessaly, has 2km (1.2mi) of slopes and three lifts for transporting skiers.

Gulmarg, in Kashmir – a region that’s disputed between India and Pakistan – is one of the most popular ski resorts in India. Skiing with a trained guide is highly recommended here, as Gulmarg is there are no pistes. If you’re an experienced skier, you will love its wild Himalayan slopes, laden with heavy snow during the winter. There’s one long gondola that takes you up to c4,000m (13,123ft); from here you can hike 1,500m (4,921ft) higher. If you want to avoid lift lines and parking lots, heliskiing is also an option. 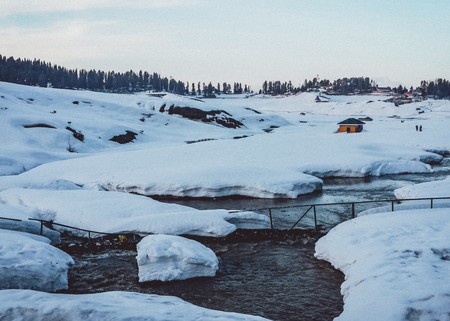 In 1984, the Bosnia and Herzegovina capital, Sarajevo, hosted the women’s Winter Olympics ski events on Jahorina. The pistes were destroyed in the Bosnian War of the 1990s, but the ski resort has been rebuilt and is now considered a prime destination for alpine and cross-country skiing as well as snowboarding, with 25km (16mi) of slopes and 11 lifts. Mine clearing still takes place off-piste, though, so you should stick to the marked runs.

You wouldn’t expect this largely uninhabited continent, almost entirely covered by a vast ice sheet, to be fit for skiing. There are no lines, lifts or lanes here, and you’ll need to traverse long distances of rugged, snow-capped terrain during the summer months here, between November and January, when freezing temperatures kick in. It’s best to join an organised skiing tour, and you’ll also be asked to undertake training in roped glacier travel. 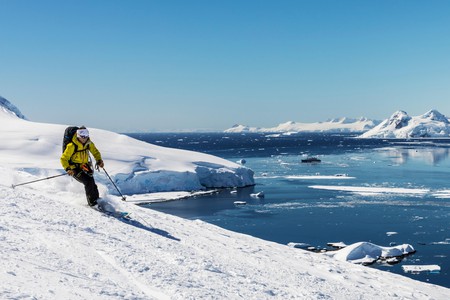 Hitting the slopes on Nansen Island, in Antarctica, is a bucket-list experience for many a skier | © H. Mark Weidman Photography / Alamy

Given its mild Mediterranean climate, Lebanon may seem one of the most unlikely destinations to host ski resorts – but the country has six. The Mzaar resort, in the Kfardebian area, has to be the most popular. It offers 80km (50mi) of 42 slopes, which are ideal for skiing, snowboarding and exploring by snowmobile. At the top, you’ll get great views across the Bekaa Valley on one side, the Med on the other, and the capital, Beirut to the south. The ski season lasts roughly four months and advanced skiers can traverse the entire area in a few days.

Australia may be associated with beaches and warm temperatures, yet it includes one place that’s actually closer to Antarctica than you might think: the island state of Tasmania, just south of Melbourne. Come here from July to early September and you will find a thriving ski resort within the Ben Lomond National Park. The mountain of the same name features an extensive plateau at 1,200m (3,937ft), and the resort has been running since 1929. In 1955, the Australian National Ski Championships were also held here. 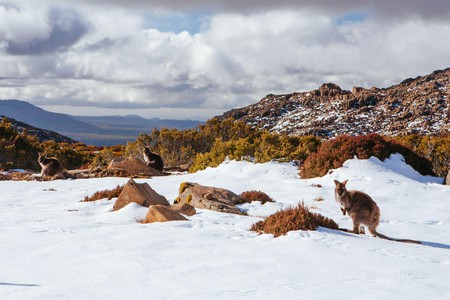