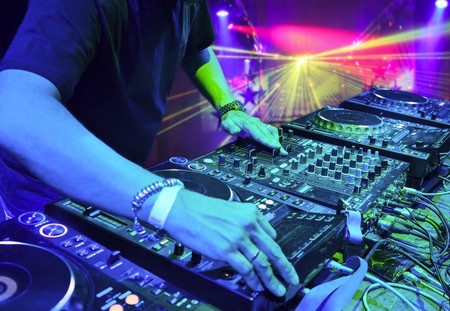 A Tunisian nightclub has been closed after video footage emerged of a DJ playing a remix of the Muslim call to prayer.

The video of clubbers dancing to the track sparked outrage on social media after it was shared online, according to the BBC. The track was played by Dax J, who was appearing at El Guitone on Friday as part of Orbit Festival.

‘After confirming the facts, we decided to close this nightclub,’ said Mnaouar Ouertani, the governor of Nabeul. Ouertani also stated that the club would ‘remain closed’ until further notice, and that the venue’s manager is being held for ‘violation against good morals and public outrage against modesty’.

The governor revealed an investigation had been launched and added: ‘We will not allow attacks against religious feelings and the sacred.’

The organisers of Orbit Festival apologised in a post on their Facebook page, but said that they did not accept responsibility for the playing of any music that was offensive, stating that British-born Dax J had played the same track in Europe, and had not realised it could potentially offend audiences from a Muslim country.

Dax J, who has since received death threats, said: ‘I want to offer my sincere apologies to anyone who may have been offended by music that I played at Orbit Festival in Tunisia on Friday.’

He added: ‘I played a track which features a 20 second vocal of the “call to prayer”.

‘For me the adhan (call to prayer) is a beautiful vocal. It was never my intention to upset or cause offence to anybody, and for this I am sorry.’

The DJ has been forced to close his Facebook page after receiving a torrent of online abuse.