The Top Things to Do and See in Hammamet 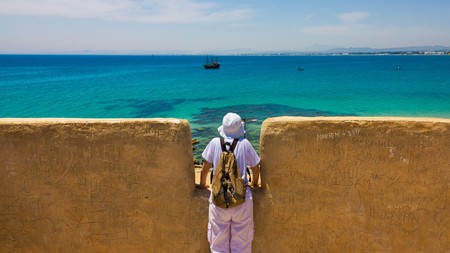 Hammamet, dubbed the St Tropez of Tunisia, has the lot: sunshine, sea and lashings of history. Our guide to the main resort town in Tunisia tells you how best to spend your time here, from dips in the Mediterranean to theme park rides or learning about the fascinating religions in the region. 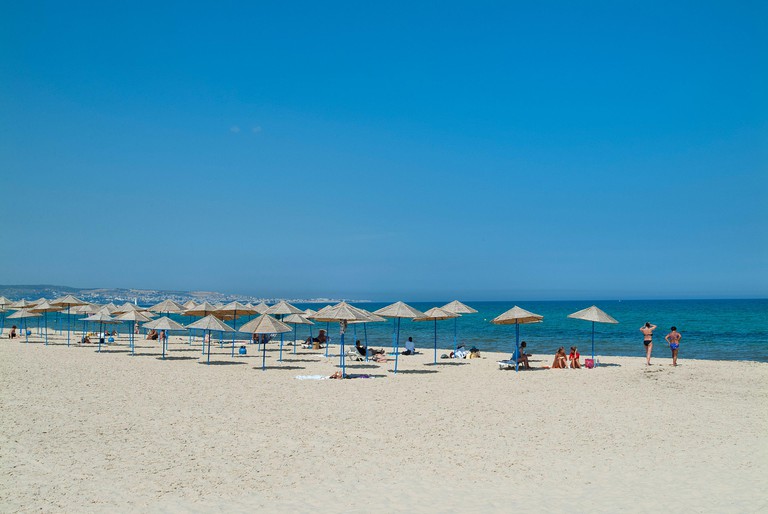 © City Image / Alamy Stock Photo
Hot spots need good beaches and Hammamet delivers by the bucketload. The main sweep is public, and located – handily enough – in the centre of town, unravelling east and west from the medina. As a rule, the hotels have their own private sections, but the parts that are accessible to non-guests also have soft and golden sands to dig your toes into as you flick through your holiday novel. If you want to escape the hordes, head out beyond Port Yasmine to the near-deserted, wilder stretches of sand.
Open In Google Maps
Ruelle Ibrahim Chérif, Hammamet Est Hammamet, Nabeul, Tunisia
+21655153903
Visit Website
Give us feedback 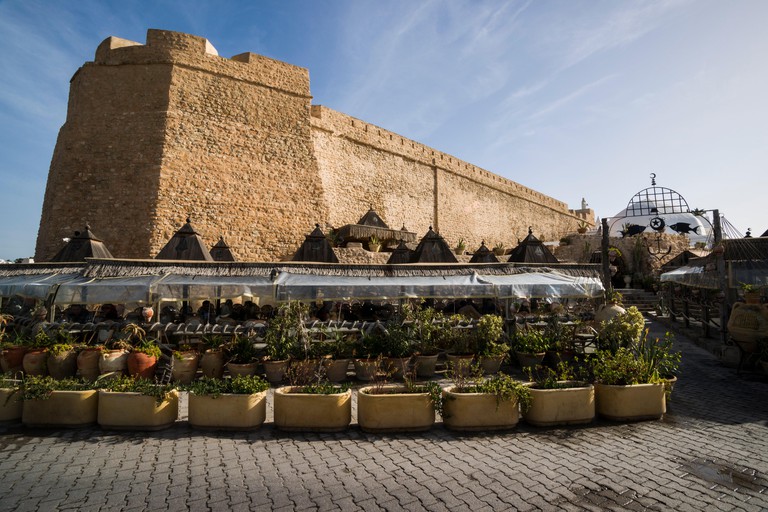 © agefotostock / Alamy Stock Photo
Standing square and sandy-hued, Hammamet’s fortress is an atmospheric relic dating from the 9th century, although it was modified in the 1400s as the governor’s lodgings. In it you’ll find a bijou museum that highlights stories of the Spanish occupation and the town’s pirates. Historical significance aside, the main attraction is the outlook – once you’ve climbed the crumbling ramparts, you’ll get views over the picturesque harbour and the tangled lanes of the medina below.
Open In Google Maps
Eastern Hammamet Hammamet, Nabeul, Tunisia
Give us feedback 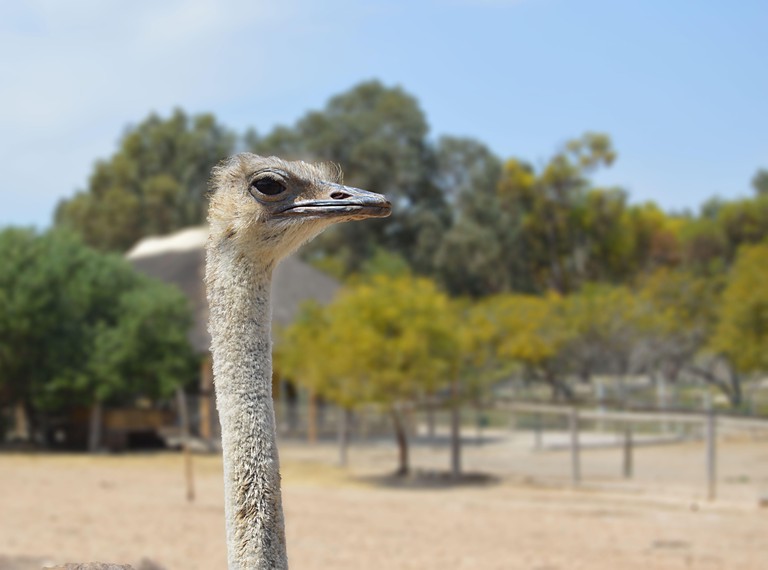 © Adel Ben Salah / Alamy Stock Photo
Wildlife lovers young and old will appreciate the diversity of species in residence at this animal park in the town of Yasmine Hammamet. There are creatures from all continents, including flamingos, kangaroos, lemurs, white lions and African elephants. Wooden walkways lead you through the big cat area, where you can observe cheetahs, lions and tigers roaming their large enclosures. African dancers perform regularly and you can snap up souvenirs to slip in your holiday case, including wooden African ornaments and jewellery.
Open In Google Maps
Bouficha, Gouvernorat de Sousse, Tunisia
+21673385880
Visit Website
Give us feedback

With clear waters and amazing marine life, Hammamet has the natural assets required for learning how to scuba-dive or snorkel. If you already know how, take the plunge and explore the World War II wreck of the Italian cargo ship Phylabalto, resting on the sea bed 25m (82ft) below the surface. It is home to hundreds of fish, weaving in and out, as well as sea plants dancing in the currents. And if you’re not a diver? Not a problem – there are plenty of boat trips available too. 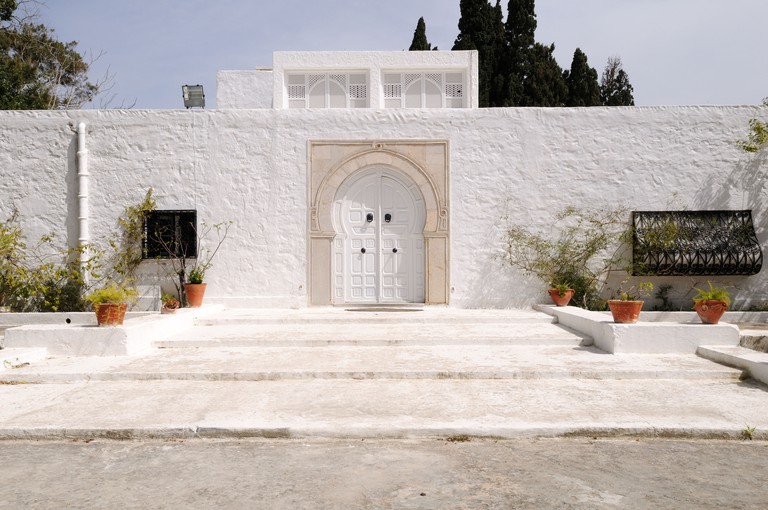 © joan gravell / Alamy Stock Photo
Officially known as Dar Sebastien, this whitewashed villa to the south of the city now holds the International Cultural Center of Hammamet. Built by a wealthy Romanian, George Sebastian, who settled here in the 1920s, the place attracted luminaries and artists including Winston Churchill. It’s a captivating mansion, and it will charm you as you wander through the elegant interiors, decked out with antiques and art set in tranquil gardens studded with cooling pools. Best of all, it functions as an upbeat cultural centre, hosting events such as the Hammamet International Festival of music and drama, which has taken place here since 1965.
Open In Google Maps
Hammamet, Tunisia
Visit Website
Give us feedback 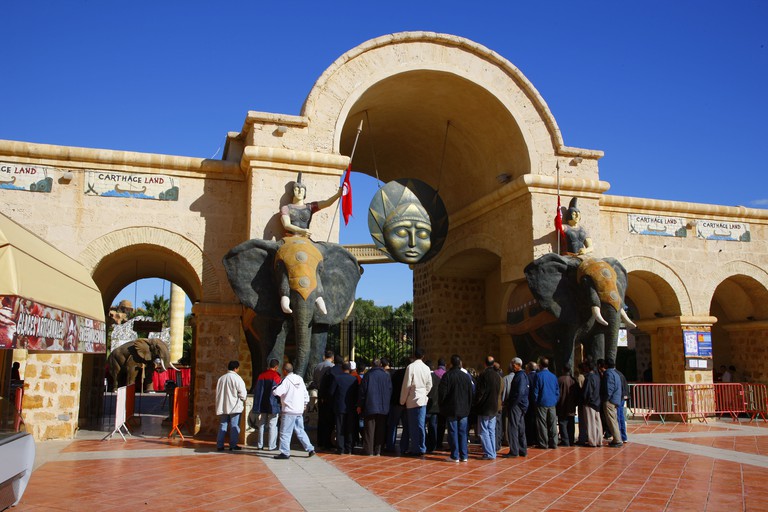 © imageBROKER / Alamy Stock Photo
If you grow bored of the beach, spend a day on a variety of rides and attractions at the original and best theme park in North Africa – an immaculately designed riot of experiences inspired by the Carthaginian empire – at Yasmine Hammamet. It’s actually a combination of five parks including Aqualand, a water park for all ages, and King Kong, a rollercoaster accompanied by high-definition sound effects that play as you whizz around the tracks at speeds of up to 97kph (60mph).
Open In Google Maps
Yasmine Hammamet, Sousse, Tunisia
Visit Facebook page
Give us feedback 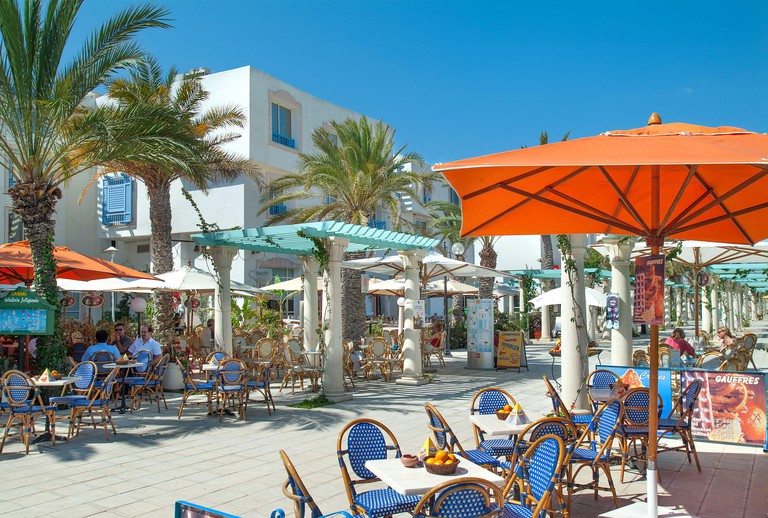 @ City Image / Alamy Stock Photo
The town of Yasmine Hammamet is essentially an extension of Hammamet proper, with wide palm-lined walkways and even a mock medina. Aside from the theme park, casino, nightclubs and golf courses, the sleek, yacht-filled modern marina, built in the middle of this international resort complex, has more than 2km (just over a mile) of docks and pontoons. Drop anchor here and you’ll have easy access to the buzzy restaurants and bars that line the waterfront.
Open In Google Maps
Fort Hammamet Ave. de la Republique, Hammamet, Nabeul, 8050, Tunisia
+21672241111
Visit Website
Give us feedback

Hotel
Facebook
Email
Twitter
Pinterest
Copy link
Share
Map View
With graceful arches and intricate tiles, the Musée des Religions is a beauty in itself, housed in a tower modelled on a famous Tunisian mosque. The museum pays tribute to Islam, Christianity and Judaism by representing their development and significance as part of the history of Tunisia. In these cool and serene surroundings you get the chance to step back in time as you browse the collection of ceramic items, lithographs and old manuscripts.
Open In Google Maps
Yasmine Hammamet, Sousse, 8050, Tunisia
+21672241000
Visit Website
Give us feedback 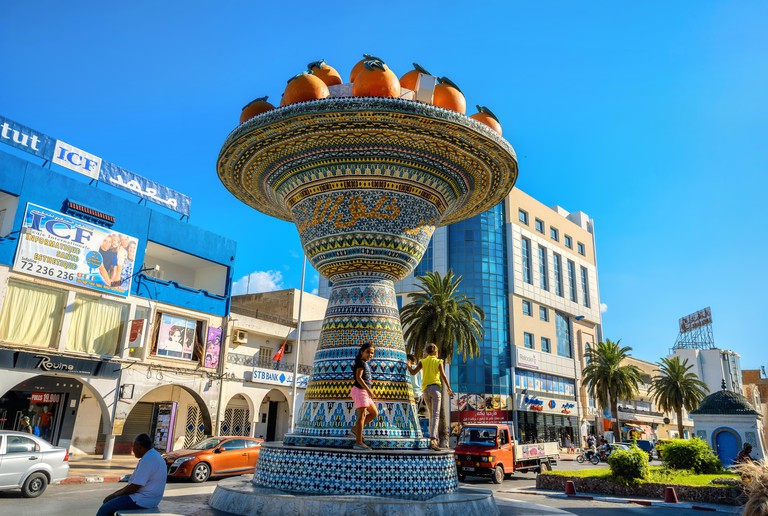 © Valery Bareta / Alamy Stock Photo
Less well known than neighbouring Hammamet, Nabeul is the largest town in the Cap Bon peninsula – and it’s a stunner, blessed with a long stretch of sandy beach extending around the gulf fringed by verdant agricultural expanses. Get your haggle on at the lively Friday market on Camel Market Square, scooping up fresh local produce and fiery spices, or the captivating hand-painted ceramic plates in bright coastal shades of blue and yellow for which the town is famous. Sip a reviving fresh mint tea in the souks before bagging more specialities, such as rustic rush mats and prettily scented flower water.
Open In Google Maps
Nabeul‎, Nabeul, Tunisia
Give us feedback
Give us feedback