'Persepolis' On Trial In Tunisia 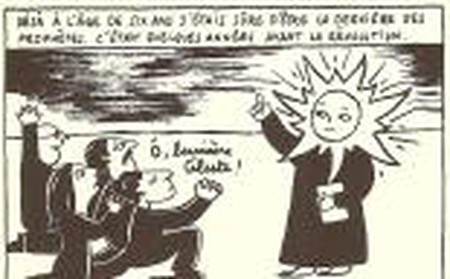 In the wake of the Tunisian revolution that began 2011’s Arab Spring, the role of Islam in a country previously ruled as a secular dictatorship is now being re-examined. Conservative Muslims – long silenced under the previous regime – are increasingly protesting against more liberal culture, as epitomised by an ongoing, heated trial over a screening of the animated movie Persepolis.

In October 2011 a Tunisian TV station screened Persepolis, which is based on Marjane Satrapi’s autobiographical graphic novel about a girl growing up during the Iranian Revolution. Islamists were particularly offended by one scene, in which God appears before Satrapi, because figurative depictions of God are forbidden in Islam.

The TV station was mobbed and the house of Nabil Karoui, the station’s chairman, was attacked with petrol bombs in the days following the screening. Following lawsuits, the station was put on trial in November for ‘insulting sacred values, offending decent morals and causing public unrest.’

The first trial ended in chaos as vicious arguments broke out between the two sides. The trial was put on hold until 23 January 2012, where it was postponed once again following further uproar both in and outside the courtroom.

The furious anger provoked by the screening indicates a strong religious backlash after years of politically-enforced secularism. Under dictator Zine al-Abidine Ben Ali, Islamic extremism was suppressed but, since being deposed, certain extremist factions have become increasingly vocal.

Political commentators both within Tunisia and the rest of the world are now watching to see whether religion will rediscover its place in Tunisian society. As different groups compete to be heard, it could be a case of who shouts the loudest.

Amnesty International has condemned the trial, stating that ‘Putting Nabil Karoui on trial simply for screening a film which shows fantasy scenes of God is a very troubling development, the Tunisian authorities must uphold Nabil Karoui’s right to freedom of expression and drop these charges immediately.’ Journalists and media outlets are wondering; will religious and political freedom have come at the cost of cultural freedom?