Discovering 'The Frank Sinatra Of The Arab World’, Papa Hedi 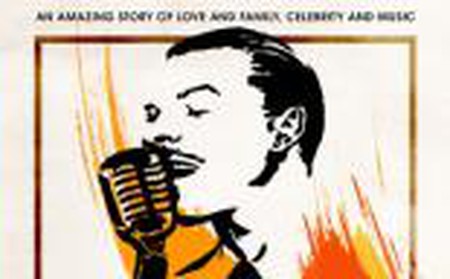 Hedi Jouini was one of Tunisia’s best loved musicians and was popular throughout the Arab world; however he retreated into obscurity in his later life, to the extent that his own granddaughter Claire Belhassine did not know of his fame. As Ruba Asfahani discovers, Papa Hedi is Belhassine’s attempt to rediscover the life and work of her grandfather, and memorialize his musical achievements. 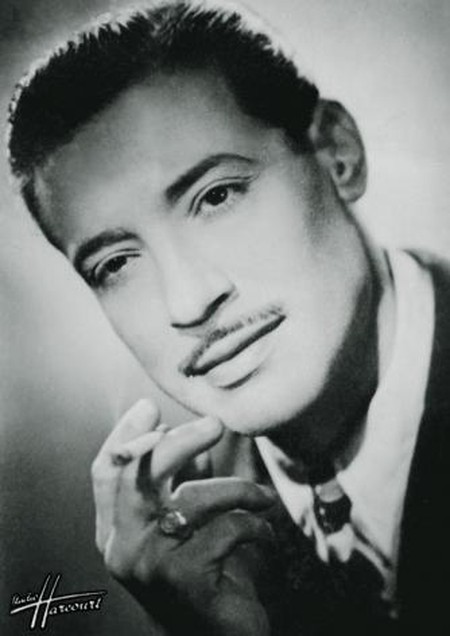 Don’t be surprised if you haven’t heard of Mohamed Hedi Ben Abdessalem Ben Ahmed, also known as Hedi Jouini, neither had Claire Belhassine, until she was in the back of a Parisian taxi at 29 years old, and enquired about a song playing on the radio and was told that it was by Hedi Jouini….her own grandfather. Naturally intrigued, she delved deeper into her family history and discovered that her grandfather was famous across North Africa and the Middle East in the mid-20th century and was considered ‘the Frank Sinatra of the Arab World’.

Inspired by this experience, Claire Belhassine has made an extremely personal film documenting her journey to discover more about her Tunisian roots and her grandfather’s fame across the Arab world. Entitled Papa Hedi Belhassine’s film had its premiere in London as part of the Shubbak – A Window on Contemporary Arab Culture Festival in June 2013. 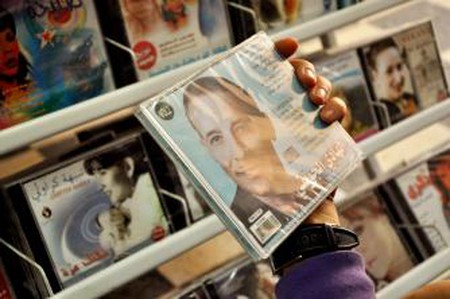 Born in Tunis in 1909, Hedi Jouni, as he was known, went on to become one of the most popular musicians in the Arab world. His songs are still used in the popular Tunisian soap opera Maktoub. Children as young as five years old, as well as those old enough to have been his contemporaries, hum or sing his songs to this day.

In the film, Belhassine describes how when she was growing up in Britain and returned to Tunisia for summer holidays. Jouini was the unassuming, humble grandfather who sat in the corner of the room. Why would she presume that he was a legend in the Arab world? There was no reason for her to believe he had been a famous singer; he wouldn’t walk around singing his songs, and he didn’t have awards or gold records on the walls. As a consequence, this film really struck a nerve with me, and I’m sure it will happen to many more; when I returned to Lebanon every other year in my school summer holidays, I would also visit my grandfather who would also sit quietly, watching us, but never really speaking to my siblings and I. After he passed away, family members would regale me with stories of how well respected he was, and what he would do for his community and family. I had no idea, I had barely spoken to him the whole time he had been alive. For diasporic family members returning to their ‘homes’, there are so many obstacles to overcome; language barriers (Belhassine barely spoke French and didn’t speak Arabic), lack of contact between visits, and massive cultural differences. 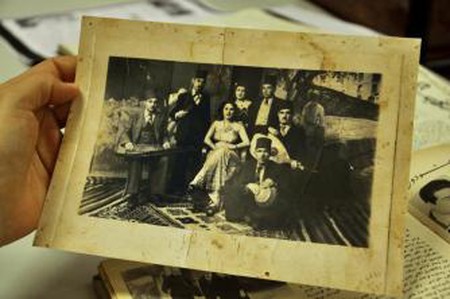 As if that wasn’t enough, I was soon to realise that sometimes the world is too small to comprehend. I had already felt a bit of a connection to Belhassine’s story after hearing more about her background, her connection to her father and grandfather, but it was only when I met Belhassine at the Shubbak launch at the Victoria & Albert museum, that I found out that I had more in common with Belhassine than we both realised. In fact, it was a little uncanny.

Like me, she was born and raised in Croydon, went to Croydon High School (like me), worked in Allders (an iconic department store, like me), it had got to the point at which we both realised the focus should lie solely on discussing the film, just in case we were about to find out our families live round the corner from each other (which they do, in case you’re interested). 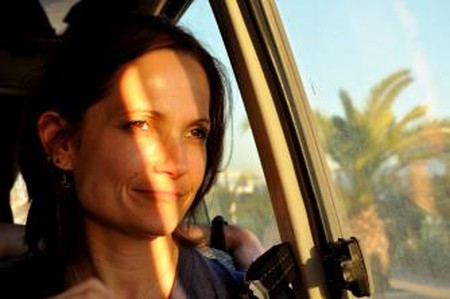 During the Shubbak festival in London, Papa Hedi was screened at the British Museum early one Sunday morning and as a testament to the fascinating and almost unbelievable back story of the film, it was a room almost full to capacity with a variety of audience members; some were first generation Tunisians who like Belhassine’s father, had moved to the UK and others, like me, were curious as to how on earth someone could grow up not realising that their grandfather was dubbed the Frank Sinatra of the Arab world.
What the audience was treated to was not the final version of the film, but merely a 52 minute cut made for French TV. As one of the producers of the film stated during the Q+A session, ‘we are working on the feature, there’s so much more material both with the characters and more importantly, with Hedi Jouini’s musicology’. 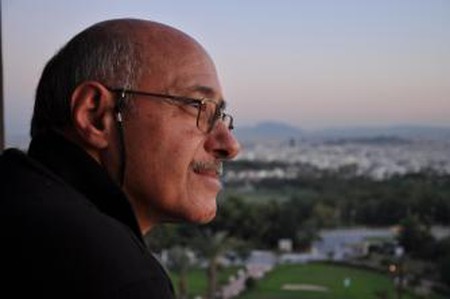 One of the battles, which I’m sure is not unique to Papa Hedi, is funding. What is distinctive in this film however, is that with all the funding bodies that they have approached, the team behind Papa Hedi have found that Tunisia, France and Britain do not see the documentary as ‘one of their own’. In Tunisia, they see the film as too British and in Britain, it is too French and in France it is too Tunisian. But their battle continues and given how much scope can be had with this incredible story, Belhassine and her team are looking to encourage sponsorship through more screenings and are considering creating a Kickstarter campaign.
Papa Hedi is an emotional roller coaster of a film. During the screening, there was laughter (‘in the right places’, as Belhassine says) but more often than not, I found myself welling up. The human element of Belhassine’s story will resonate with anyone who watches it; regardless of whether you are Tunisian, British, French, it really makes no difference. Papa Hedi is a tale of family members spread across the world, coming together to help enlighten Belhassine about the grandfather she didn’t know. One of the most poignant moments is in a scene taken from Hedi Jouini’s feature film The Seventh Door in which he acted with his beautiful wife, Widad. Jouini has one of the most charismatic personalities on screen, reminiscent of American movie stars from the 1940s such as Clark Gable or Cary Grant. His smile is infectious and in every archival snapshot of Jouini’s concerts or family videos, it is impossible not to follow suit and start beaming. 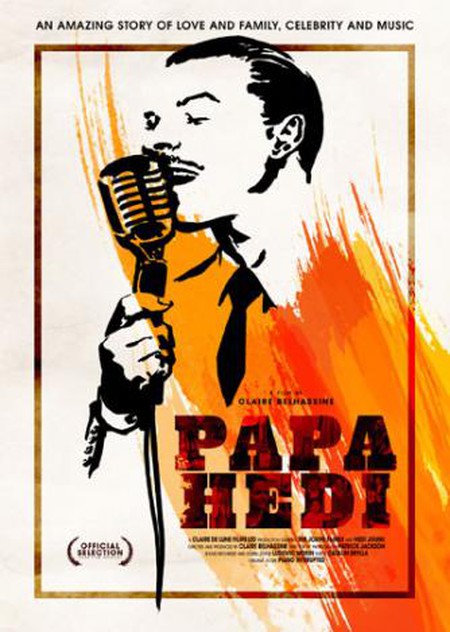 This universal story about a slightly dysfunctional family began as Belhassine’s own but really the ‘star’ is her father, Ferid. Without wanting to give too much away about Jouini’s life, seeing Ferid’s suppressed emotions over his upbringing and his subsequent move to the UK, it is impossible not to sympathise with the idea that a person just wanted to escape his old life and start afresh.
With documentary films, it is so easy to head down a political or religious route, but with Papa Hedi, the story of Belhassine’s grandfather and how his fame affected his personal life, is a remarkable, rare and special one. Every character and member of the family has their own fascinating journey and after the 52 minute cut, the audience and I were left begging for more. Hopefully, once the funding has come through, both Belhassine’s dreams and ours will come true.