How 'Star Wars' Could Save a Brutalist Hotel in Tunis 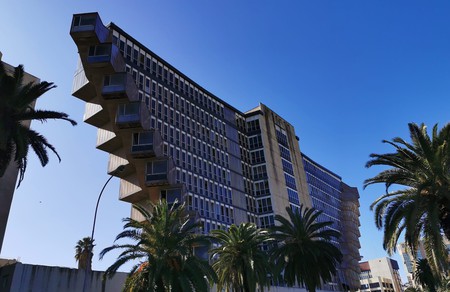 Tunisia is well known for its many links to the Star Wars franchise. While most of the filming on the original trilogy took place at remote locations across the country’s Saharan landscape, the bustling capital Tunis may have been hiding a crucial inspiration for the sci-fi series in plain sight for decades.

Hotel du Lac dominates the skyline of Tunis. Its unique structure, appearing as a winged eagle made of steel and exposed concrete, is typical of the Brutalist movement popular during its construction in the late 1960s and early 1970s. 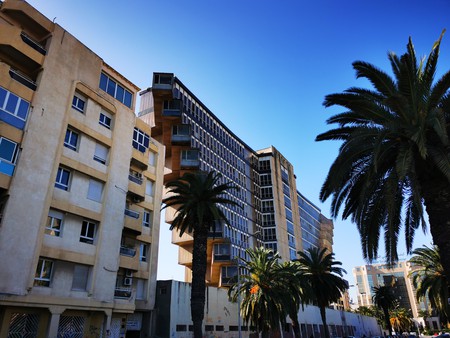 The Hotel du Lac in Tunis might be crumbling, but is still seen as symbol of a once-prosperous Tunisia by locals | © Culture Trip

The 416-room hotel was conceived by Italian designer Raffaele Contigiani and was supposed to symbolise a break from the French colonial style of the time, as well as from the ancient Arabian influences of the surrounding city. The sandstone and ornate tiles of traditional Middle Eastern architecture, and the intricate ironwork of the French colonial period are entirely absent from Hotel du Lac. The surrounding streets could be mistaken for the wide boulevards of Paris, and the historical medina is home to centuries-old mosques and markets, but there’s nothing else quite like the giant hotel that sits, quite out of place, in the surrounding chaos of Tunis.

When you hear stories of the building, you may assume that it is hidden in the outskirts of the city, but in reality it lies just off one of the busiest highways in Tunisia and is impossible to miss on any visit to Tunis.

The hotel was once a popular hangout for affluent locals and visiting dignitaries, but it closed its doors in 2000 following years of mismanagement. Its crumbling facade has led to speculation that it could be demolished by the current owners, with experts claiming that it would cost significantly more to restore the building than it would to tear it down and build a new luxury hotel from scratch. 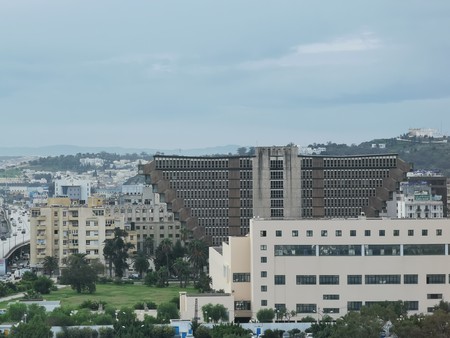 For many residents of Tunis, the hotel serves as a witness to a particular time in history, a period when the country forged its own identity following its independence from France in 1956. Local campaigners have set up a petition to save the building, and have cited possible links to Star Wars as a main element of their cause.

The link to a galaxy far, far away comes from the fact the George Lucas, creator of the popular franchise, would have inevitably been aware of the building as he travelled across the country to film Star Wars: A New Hope in 1977. Speculation has circulated for years that the structure was used as the basis for the vast sandcrawler vehicles seen in the movie, although no official documentation for this has been cited.

Other locations from the film, particularly those in southern Tunisia, have been preserved and are popular tourist destination for eager travellers and film fans alike. The hope is that this link, no matter how tenuous, could be used to save the Hotel du Lac, although things don’t look too promising. 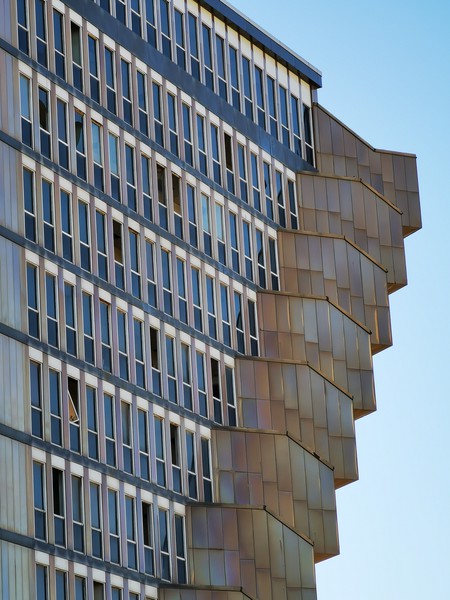 At 10 storeys tall, the top floor is twice as long the the ground floor, thanks to the hotel’s incomparable design. It was a modern landmark when it was first opened and still stands out not just in Tunis, but from other hotels of its era. The staggered protrusions at the sides of the building highlight how slim the building is, with the cantilevered rooms at each end still maintaining their structural integrity, but also showing signs of significant wear and tear.

If you’re planning on visiting Tunisia and paying homage to Star Wars, do it soon if you want to see this building. It might take all the might of the force – and a few Jedi mind tricks – to save the Hotel du Lac.